Tintype Photo of Billy the Kid Sells for $2.3 Million at Auction 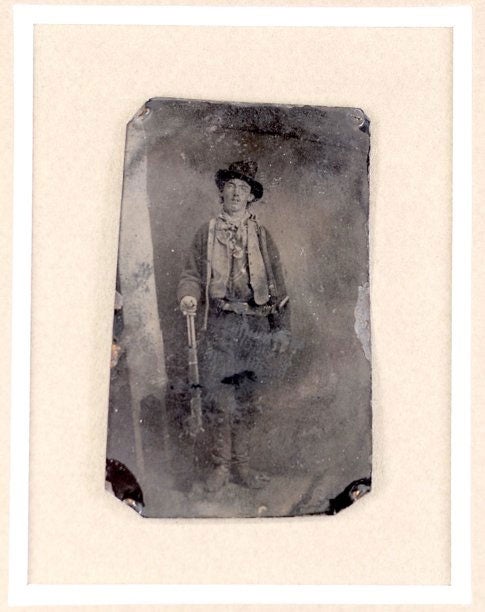 There are a lot of things that can make a photograph fetch big dollars at auction. They can be the work of famous photographers or just be visually incredible. But, it’s the content of this photograph that prompted an energy company executive to write a huge check. It’s the only authenticated photograph of wild west gunslinger Billy the Kid.

According to the Yahoo! article, the photo was only expected to fetch $400,000 at most, but the final bid hit $2 million, plus a $300,000 buyer’s premium, making it one of the most expensive photographs ever sold.

The photo itself was shot in either 1879 or 1880 in New Mexico and depicts Billy wearing a pistol and holding a rifle. From the pictures of it, the image actually looks to be in fairly good shape, especially when you consider that it survived the rigors of the wild west.

The photo will reportedly be displayed at a few smaller museums before making its way into the buyer’s private collection where its value will likely only go up over time.