With a start-up whiz behind the wheel and more than $40 million in funding, can the latest photo-bases social network live up to its massive hype? 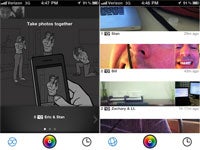 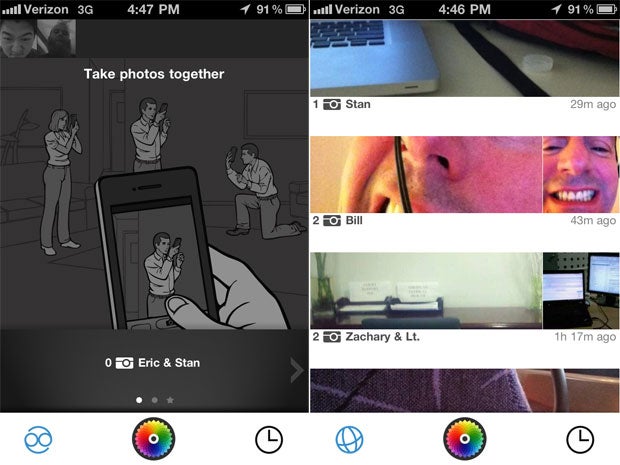 There has never been a shortage of mobile apps that let users shoot, edit and share photos. But, yesterday’s arrival of Color still made quite an impression on the smartphone crowd, bringing with it tons of hype and $41 million in funding.

Click around some discussions about the free app and you’ll find that many of struggle to pin down exactly what the app does. Put simply, it shows you pictures taken by anyone within 150 feet of your current location (determined by GPS). Then it shares any photos you take with the people around you, creating photo “feeds” meant to document situations from various points of view.

Mind blown? Probably not. But the app does have a few interesting elements. First, there’s no signing up for an account. You start the app, take a picture of yourself, enter your first name and you’re a part of Color. Plus, unlike other services like Facebook, you get to see photos from everyone around you, even if you don’t know them. And they get to see yours.

There are no trendy filters like you get with Hipstamatic or Instagram. There are no editing tools to let you spice up your images. The idea is to recreate real life. To give users a different perspective on the events they actually encountered themselves.

Initial reactions to the app have been brutal. More than a few media outlets have been criticizing creator, Bill Nguyen who sold his music streaming service, Lala.com to Apple in 2009. Critics range from users struggling to figure out what the app actually does to privacy advocates who aren’t keen on the idea of spraying personal media all over the place.

There’s also some concern from the photo community about what exactly happens to the images that are uploaded. Does Color own the images that you share? No, but according to the terms of use, uploading does grant them a royalty-free, worldwide license to use your image to promote the service. That license continues on forever, even if you delete your account. So, while they’re not taking over ownership of your images like some fear, you are giving away some usage, which is something you should consider before pressing the capture button.

We’ve been messing around with the app since launch and haven’t found anything particularly compelling about it yet. A few guys making weird faces at their desks and others taking pictures of their workspaces round out the gallery. But, this was built for large gatherings and that’s where it will either sink or swim.

Do you have any interest in seeing the pictures people are taking around you? Do you want them seeing your image? Will this thing be jammed with more gross naked people than anyone could possibly want to see? Will another trendy photo app come along next week and bury it in the increasingly deep pile of photo apps? We expect to find out sooner than later.