Relive the awesomeness of yesteryear. 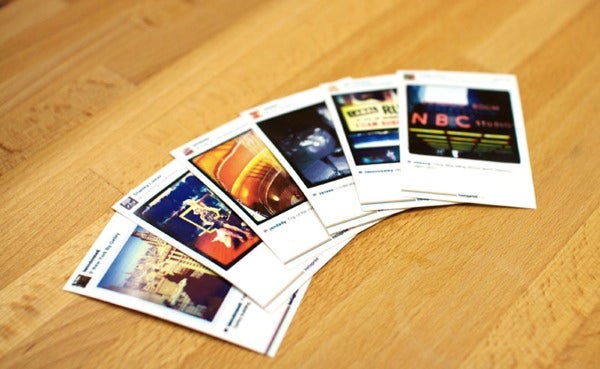 Before iPhones or even camera phones for that matter, Polaroid cameras were pretty much the only player in the “on-the-spot photography” game. And part of what made the Polaroid camera such an obsession during the days of yore, was the instant-gratification it offered its users, by offering a physical print in only a matter of moments.

Well now a company called Instaprint is trying to capitalize on that past obsession by teaming up with the popular photo editing and sharing iOS-only app, Instagram.

Instaprint’s printers, which are basically Zink photo printers that are made to play nice with the Instagram app, allows users to print any image they want, based on hashtags.

So far, no Instaptrint printers have been released, however the company is planning on showing them off at SXSWi. If you want to see the printer in action, pop into Instagram and tag an images with #Instaprint, then watch your photo print right before your eyes on Instaprint’s LIVE BETA FEED.