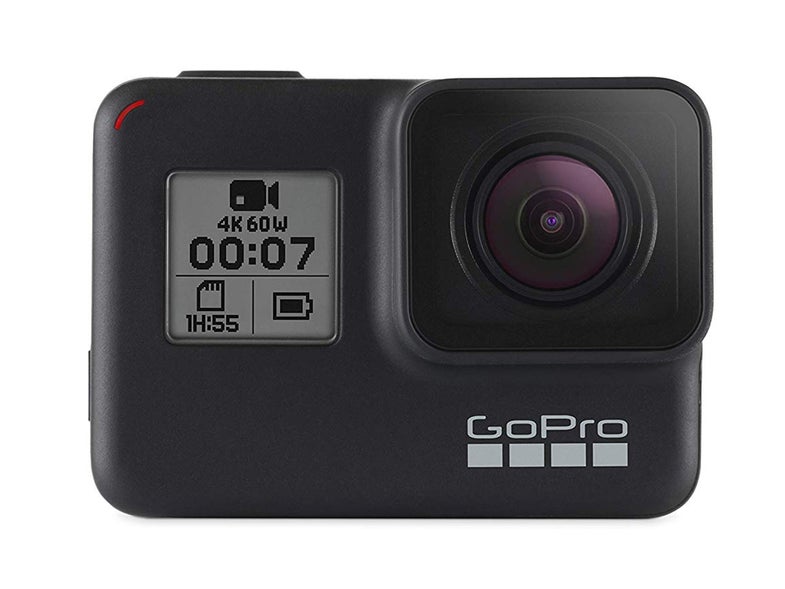 It’s 2018 and shaky dad-cam video footage should be a thing of the past. GoPro’s new flagship action cam, the Hero7 Black, makes it easy to shoot smooth, gimbal-like footage without having to touch an outside stabilizer. That’s thanks to a new feature called HyperSmooth, which the company says also works underwater and in windy conditions (where professional gimbals often malfunction). You can check out sample footage shot with HyperSmooth in the video below:

Although the new Hero7 looks almost identical to the Hero6, the GP-1 chip has been reworked and additional RAM has been added. There are some other exciting new video features as well. TimeWarp is a high-speed time lapse feature, that takes long video sequences (like a cross country drive) and compresses them into short videos that are easy to share. It can also livestream when it’s connected to your phone’s cell service.

In addition to the new Hero7 Black, GoPro is also releasing two budget-friendly versions, the Hero7 Silver for $299 and the Hero7 White for $199. These models lack the front-facing displays and the HyperSmooth video feature.

All three models are currently available for pre-order and will be in stores by September 30.