It uses a traditional zoom ring, as well as a push/pull mechanism. 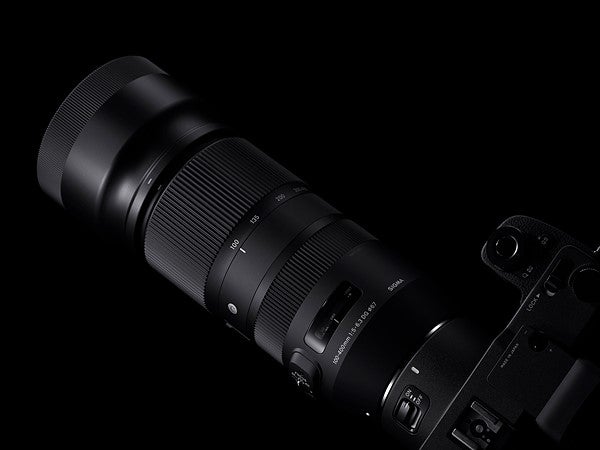 There’s a trio of new art lenses dominating the Sigma news today, but there’s also a new entry into the company’s Contemporary lens category. This long, telephoto zoom is meant to offer lots of focal length in a relatively small package.

The lens uses a push/pull motion, in addition to its normal zoom ring, for changing focal length. This was a feature that used to be more prevalent, but has faded in the current lens environment. The lens can actually be quickly pushed or pulled to zoom in our out, which makes for quicker changes. Even the lens hood has been specifically designed with a grip cut into the edge to facilitate the process.

In terms of optics, it has 21 elements in 15 groups, including four SLD elements. Despite its reach and all that glass inside, it weighs in at 2.56-pounds, which is right around the same as the new 14mm f/1.8 Art and the 135mm f/2 Art.

It has a maximum magnification of 1:3.8 and a minimum shooting distance of 160 CM, so it can get pretty close despite its long focal length. Obviously, it also has built-in image stabilization, but Sigma has revamped the system to accommodate shake in different directions.

Sigma has already seen some success with its massive 150-600mm lens, but this lens provides an updated model with lots of reach and not as much bulk.