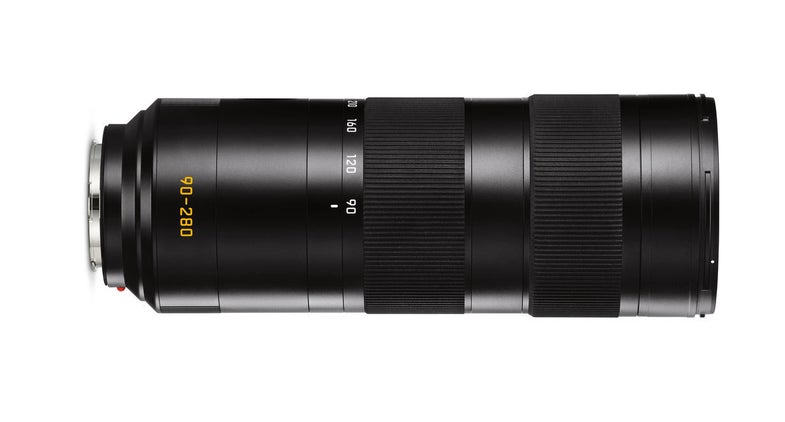 In many ways, Lecia’s SL-series camera system is big. Sure, it’s physically big, but it’s also big in terms of features, performance, and price tag. Now, Leica is adding another formidable piece to the SL-series puzzle in the form of the Elmarit-SL 90-280mm F/2.8-4 telephoto zoom lens.

It’s not uncommon for camera companies to announce telephoto zooms with this kind of focal range, but that F/2.8-4 maximum aperture is actually pretty impressive. Usually, by the end of the focal range on a lower-end lens, you can expect to be somewhere around f/5.6 or even f/6.3.

The 90-280mm is meant to be a companion lens for the 24-90mm F/2.8-4 ASPH lens that was originally designed to go with the SL body at launch. The new lens has built-in OIS that gives it up to 3.5-stops of shake-reduction. It has a dual-internal focusing mechanism to work in concert silent AF system. The lens is full of 23 elements in seven total groups which are moved by stepping motors.

The lens is coming later this month, and you’ll be able to check out our full review of the SL system in the upcoming issue of Popular Photography. This seems like a really aggressive (I mean that in a positive way) move for Leica in terms of appealing to photographers for whom the rangefinder-style M-series is impractical and the medium-format S-series is total overkill.

The lens, as you might expect, is big, weighing in at just over four pounds. It will also cost $6,395. if you’re surprised by any of that, welcome to the world of Leica gear. Still, it looks like it has potential to be an impressive performer in terms of pure photographic performance.