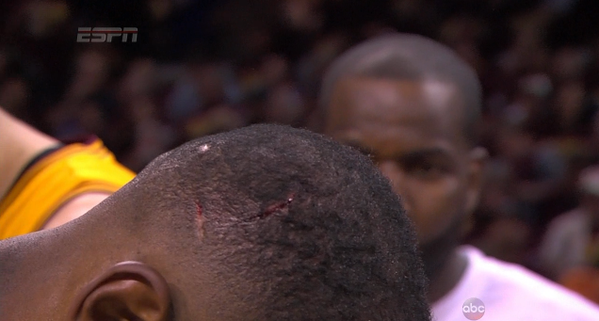 The NBA has had some concern about the safety of players and photographers who sit on the baseline during games. Tonight, the NBA’s king, Lebron James took a header into the photographer area during the NBA finals and emerged with a gnarly gash on his head.

From the looks of the clip, it seems like his head actually collides with a broadcast video camera, but there are several still photographers in close proximity.

It’s sad to see this kind of thing happen and it will be interesting to see if this causes the NBA to restrict photographers (both still and broadcast) even further on the sidelines. Having their biggest star take a fall like that must have been a big scare for NBA brass.