Jupiter’s roiling clouds are a thing of beauty 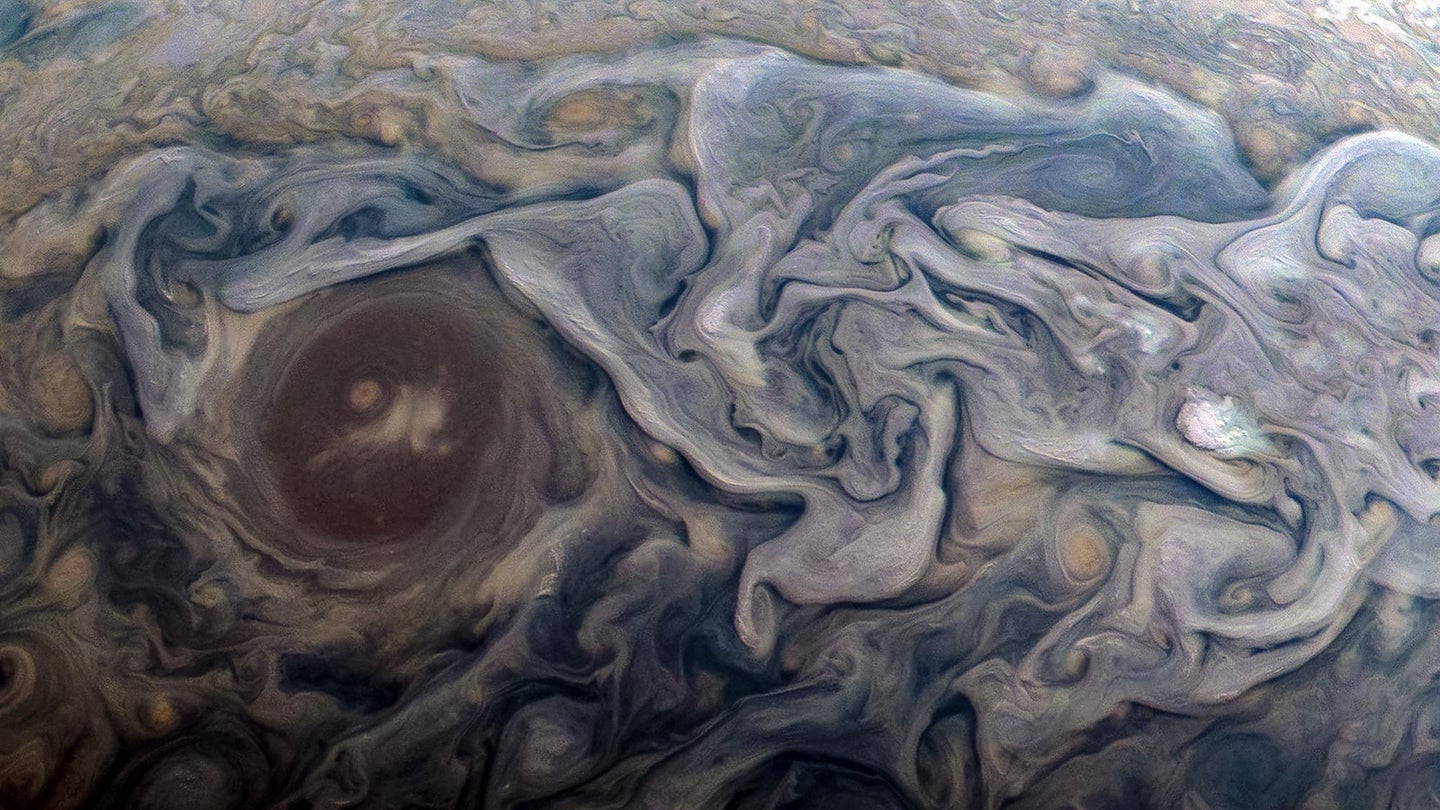 Often compared to a Van Gogh painting, a block of marble, or a cup of coffee with a fresh splash of milk, Jupiter’s clouds are positively dazzling, time after time. This latest color-enhanced shot was captured by the Juno spacecraft in February and processed by Kevin Gill, a NASA software engineer who renders breathtaking images like this one from raw data in his free time.

Juno snapped this image while orbiting just 8,000 miles from Jupiter’s cloud-tops, according to a NASA press release. This was the spacecraft’s 18th close flyby since it dropped into Jovian orbit in mid-2016.

NASA scientists named Juno after the goddess of the same name—in mythology, Juno was one of the oldest and most important Roman deities, and was the wife of Jupiter. As a protector of the nation, and more specifically a protector of married women, she was hotly passionate about loyalty and truth.

Just like goddess Juno saw right through the B.S. of countless husbands in ancient Rome, spacecraft Juno sees through Jupiter’s clouds using scientific instruments that sense ultraviolet and infrared light, magnetic energy, and more. The mission goal is to better understand Jupiter’s origins and planetary makeup, but the craft’s JunoCam that captures stunning cloud photos like this one doesn’t hurt either.

In 2021, Juno will pull a Cassini and purposefully crash into Jupiter to put an end to its mission. Thankfully, there’ll be no shortage of cloud photos to enjoy until then.