Instagram Will Soon Display Your Feed In a Nonsensical, Facebook-Like Order 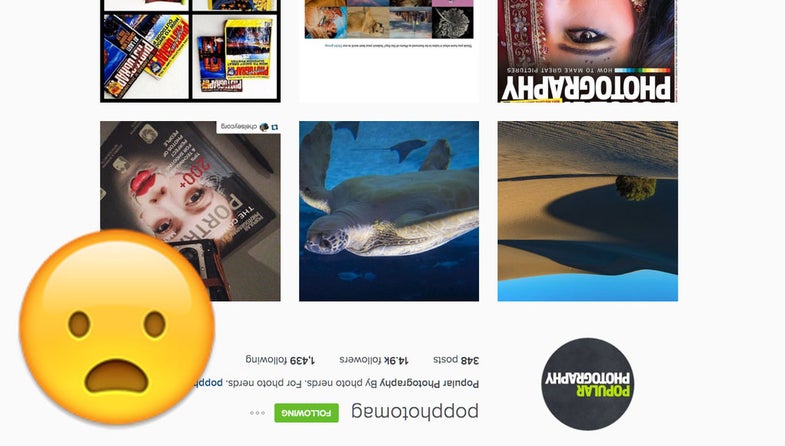 I have spent a lot of time on this site defending Instagram as a cool platform that allows photographers and viewers to share and discover work that may otherwise go unseen. Today, however, I’m a little hurt. Instagram has announced that they’re abandoning the chronological steam for displaying your Instagram feed and will switch over to a mysterious algorithm that will decide what photos should live at the top and bottom of your feed.

“You may be surprised to learn that people miss on average 70 percent of their feeds. As Instagram has grown, it’s become harder to keep up with all the photos and videos people share. This means you often don’t see the posts you might care about the most.”

So, the official party line is that you’re missing out on all this great stuff because of the way the photos scroll and this algorithm is here to save you from yourself. In reality, it’s hard not to jump to the conclusion that this is ultimately a much better opportunity for Facebook (who own Instagram) to make money by compelling brands and even individuals to pay in order to get their images back up top.

Let me be clear that I don’t begrudge a company for trying to make money on a product that many people really enjoy. But, this is a fundamental change in something that has become really important to some people, not only on a personal level, but a professional one as well. And while some changes have been for the better, I’m less optimistic about this one.

One of the really awesome things about Instagram was how much like Twitter it was when you’re consuming it. If there’s an event going on, you get a real-time view of it from a bunch of different people. I don’t care about the Oscars, but I enjoyed seeing pictures from a bunch of Oscars parties to which I wasn’t invited. And when a big news event happens, there’s a certain collective reaction that we have all grown accustomed to. Twitter and Instagram shine in those situations specifically because of their chronological display. Now, not so much.

The Twitter Mobile app actually does a pretty good job splitting the difference on the presentation issue by giving users a full chronological stream, but also carving out a space down the page to show you things that happened “while you were away.” It’s just a small segment of tweets from people you typically interact with so you don’t miss them. Smart and it doesn’t fundamentally change the overall Twitter experience.

The number of words I have already written about this seems kind of silly, but this kind of thing really can make a difference in real world scenarios. Early on, Instagram decided to help push the National Geographic brands along on the platform (a natural fit, really) and that has turned into a seriously enormous new audience for them that has had tangible effects on their business. Many photographers rely on large Instagram followings (or even smaller, more focused followings) for marketing purposes. Now, they have to worry if their Instagram engagement is going to suffer the same fate as the crushed reach numbers doled out by the confounded Facebook algorithm.

I’m still going to use Instagram and I’m sure I’ll get used to it after a while, but I’m genuinely bummed in anticipation of this change. Here’s hoping they exceed expectations and we’re all awash in photos we actually want to see instead of random posts from our weird ants and vaguely insulting ads for jeans with stretchy waistbands.