And he’s doing it with Polaroids and disposable cameras. 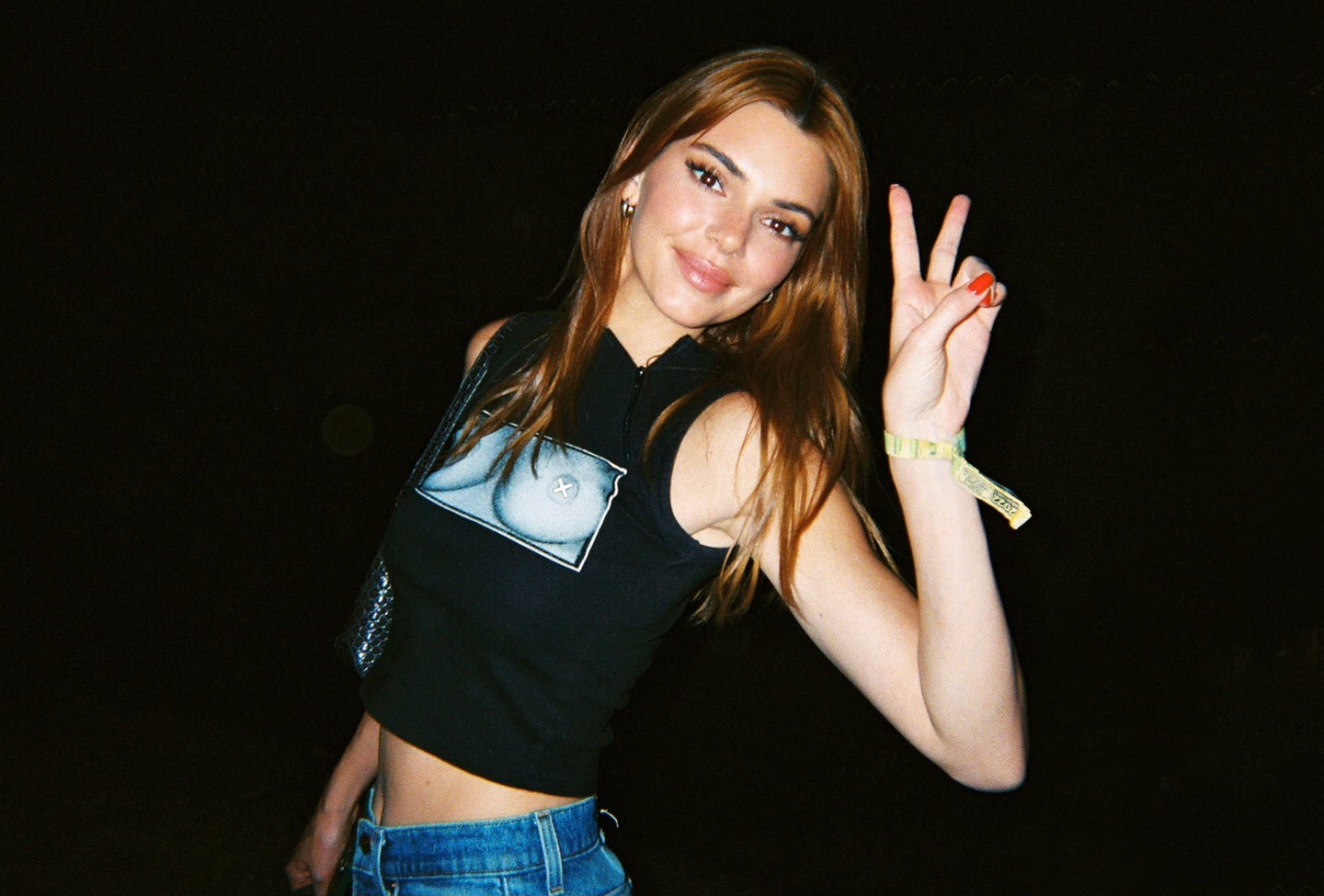 Sydney Sweeney, Lizzo, Conan Gray, Machine Gun Kelly, and Megan Fox all pose for the camera. There’s a candid familiarity that exudes from each frame, as if they were caught in the moment by a friend. And that’s what makes photographer Orion Bustamante’s images a novelty. The 23-year-old New Yorker is delighting the Internet with his casual celebrity snaps on his Instagram account, Shot by Orion, which features grainy film photos and retro Polaroids.

“I want to capture people’s favorite musicians or artists in a light that they’ve never seen before,” Bustamante tells PopPhoto. “Something that completely captures them off guard and to have [those images be people’s favorites].”

The height of a global pandemic isn’t exactly when you’d expect a photography side project to take off, but that was indeed the case. Bustamante originally created his Instagram account, Shot by Orion, as a repository for the film photos he was amassing while covering events around New York City.

“It was very much a photo dump account where I just posted film. I wanted it to be a film account,” he explains. “I started that Instagram account from scratch, zero followers, probably at the end of 2019. I filled up two rolls [of film] and then I started posting them.”

A big break came right after Vice i-D ran an article about his work—at the time, Bustamante estimated he had around 200 followers. The publication quickly added thousands, but he was running into a conundrum. Suddenly, eyes were on him. But, due to the pandemic, he had no fresh images to share.

“I was so confused about what had happened because they didn’t tell me that the article came out,” he recalls. “After that it was just crazy. I wanted to keep that momentum building, but because [of] lockdown I was running out of film posts. There were no more events to go to, to photograph anyone.”

That’s when he started doing FaceTime photoshoots. At first, it began as a way to interact with followers—but soon, Bustamante had celebrities on board. The series, Stars Shot from Home, saw him photograph the likes of Jason Genao and Sierra McCormick, along with other former Disney and Nickelodeon stars. Eventually, the virtual sessions turned into real-life photoshoots in Los Angeles.

Amidst the star power, Bustamante maintains, adamantly, that he is not a paparazzo, which he equates with an invasion of privacy. Every image he shares has been taken with the explicit permission of the subject.

“It has always been my approach,” he explains. “I feel it just makes for a more interesting photo. [The Internet is] oversaturated with photos of somebody walking down the street. It’s more enticing when they’re your subject and also when you’re in there. It’s like you were there, capturing that fleeting moment, bringing it to life, and eternalizing it.”

So how does one engage with the celebrity? It turns out Bustamante’s approach is simple but often overlooked.

“You’re meeting them on a professional level; you have to separate yourself from that in a sense. Most times when I work with people, I don’t even mention their work or that I’m a fan of them. I just find different common ground that we relate to and stuff like that. I feel that’s really helped too because you don’t create this awkward power thing, where they’re above you.”

But aside from the dynamics, it’s also just common courtesy. Though his snapshots feel like he’s photographing a long-time friend, usually the case is more so that they’ve just met. When asked how he gets strangers to warm up to the idea, it all comes down to acknowledging that the person is, above everything, human.

“Sometimes I feel people when they see a celebrity, they jump a few steps. They don’t even greet them. They don’t even say, ‘hi how are you, how’s your day going,’ or ‘nice to meet you,’ anymore. [The celebrity is] suddenly not even a person, they’re just an object. It would rub me the wrong way. Casual conversation leads to, ‘would you mind if I take a photo of you?’”

On his favorite celebrity to photograph

Bustamante has made the rounds at major events—this year, he even went to Coachella and Fashion Week. When asked about his favorite subject, the answer was twofold, what he called the obvious and the unobvious.

“The obvious answer [would] probably be [Timothée Chalamet]. He’s just a really great guy and everybody loves him; he is so talented. He’s somebody I [often] see at events. I don’t even have to ask him anymore about the project. He’s taken such an interest in it that he’ll be like, ‘oh where’s the Polaroid? Let’s do it right now, let’s go.’ He’s so excited about it; he wants to be a part of it. He wants to take photos, he enjoys them. So that’s really cool.”

Bustamante’s “unobvious” answer would apply to Chalamet as well. “I just love people who are willing to peel back, not take themselves so seriously, and really create something dope.”

Peeling back the veneer of fame

There is a certain air of superficiality that comes with celebrity status. When asked if it was true, Bustamante’s answer was thoughtful.

“I feel it’s a valid thing to think because you only see so much of people,” he begins. “I think the problem is people tend to think that they know everything about [the celebrity] when really you only see what they want you to see. I feel a lot of them are people just like us, they just have a different job.”

That’s where his images come in. With the click of a shutter (on a disposable, Polaroid, digital, or his “new” Contax G1), Bustamante hopes to peel back the veneer.

“I guess my motive would be to break down that superficiality and show them in a way that they’ve never been seen before—whether that be more vulnerable or emotional.”

Share some of the core items in your gear bag.

It would be the disposable [camera], some extra rolls of film (Kodak Portra 400), my Polaroid camera, of course, [and] camera cleaner. Also, I have this LED light that I use, that’s really cool, it turns different colors. It’s my go-to at night. I also have some cool filters, a film filter—a dreamy filter I call it—for my lens.

[A photographer once told me] to not think about it too much or take yourself too seriously. If you want to post something, don’t post it because you think others would like it, post it because you like it. He said he’s landed some of his biggest jobs from shoots that he wasn’t even going to post. People saw that and liked it.

This was a recent one. I was traveling with my camera gear because I was doing shoots in LA. I took the little terminal bus and I was on the phone with my friend. I was traveling heavy because I was out there for a month, so I had two suitcases, a carry-on, and then my backpack. Suddenly I’m like, something feels wrong, I feel lighter. I left my photography backpack at the airport. I was freaking the heck out. So I retraced my steps. I went back to the terminal buses and I had them ping the other drivers to see if anybody left the bag or found the bag. They said there was a backpack, but it wasn’t mine. So I was like, oh my God. I went back to the first terminal that I was at, huffing and puffing; I ran. I saw right where we were all sitting before, it was just sitting there, the bag. I was like, thank God.

Name your biggest pet peeve as a photographer.

It has to be the Contax that I just got. I don’t know if that’s because I’m in the honeymoon phase with it, but I think that’s the one.