How photography helped me understand my Blackness

Photographer Rebecca Arthur reflects on how their perception of the Black identity evolved during a period of powerful personal growth. 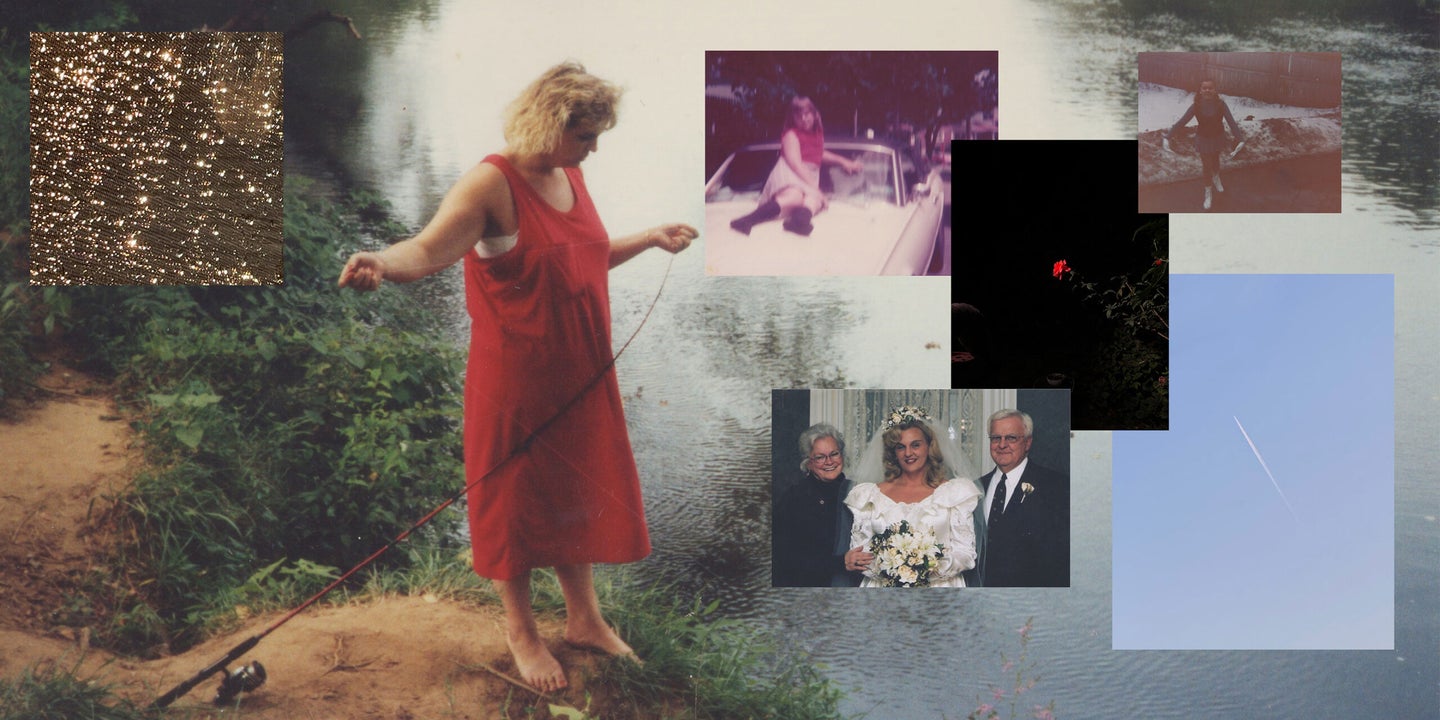 As someone who grew into a mixed-race identity, I have felt that it has been my lifelong quest to understand my Blackness. I was raised by a white mother who filled our home with books by Black authors, collected dolls that resembled me and my siblings, and praised movies like The Color Purple and Crooklyn. Yet I was one of those kids who was considered “too white” to be Black and felt a large disconnect between the identity I presented to the outside world and the one I acquired within my household. Although my identity teetered between two worlds, I always felt a certain sort of safety in my Blackness, and I’ve perpetually held comfort there—even in the face of hatred.

While pursuing a BFA in photography at NYU’s Tisch School of the Arts, I was intrigued by themes of identity in relation to family, and how or what people define as “home.” Photography was the medium to which I turned to understand my own existence underneath these two umbrellas. And in an attempt to explore them more deeply, I photographed my family in our childhood home, studying the dynamics we held.

In this process, I came to recognize the ways in which histories could be told through individuals and their relationships within the spaces they inhabit. Without words, their presence in the environment could speak an unspoken critical language that monumentalizes their humanity.

Related: In a self-portrait series, Chinelle Rojas reclaims her identity

This work led me to develop Re-imagining the Black Identity, a project I completed during a joint Fulbright-Harriet Hale Woolley Fellowship in Paris, France. I was aiming to explore the ways Blackness functions cross-culturally. I sought to examine the kinds of safety and language that occurs in other dynamics where Blackness is at the center of life experiences, but exists outside of my individual context.

Upon the invention of photography and thereafter, the medium became a fundamental source to consider and contemplate our disparate identities. It was, however, simultaneously the exact mirror that when held in the hands of a dominant gaze, projected a prejudiced viewpoint—skewing the perception of the identities we’ve claimed throughout familial seasons and histories.

In my research, I examined a set of images taken by J.T. Zealy who worked as a photographer for Louis Agassiz, a Swiss-born American Biologist, gathering materials for his study of anatomical variations unique to the African race. While his experiment aimed to identify distinctions between African Blacks and whites, the ancillary goal was to present the superiority of white people.

However, as the medium became more accessible to Black image-makers of the time, photography aided in the reclamation of this gaze and the re-imagination of the Black identity, giving ownership and autonomy to misrepresented communities through the archival and permanent practice of image-making.

Being a Black girl who had never left America before, I was confronted with a deep un-suturing upon my arrival in France. I felt the sense of self I had developed in relation to how I felt about being Black had unstrung itself from me. I hadn’t contemplated at the genesis of the work that I would undergo a shift in how I perceived my identity within the new landscape, coming to terms with my own Americanness outside of the context of my individual Black experience.

Upon my arrival in Paris, I wanted to hide. I felt uncomfortable and longed to return to the U.S., but I felt it was important to push through that discomfort and answer some of the questions I had. I persisted to connect with the Black and African community in Paris, sharing conversations on the subject of identity and finding similarities in our personal narratives and the new feelings I was experiencing. The conversations facilitated an exchange of mutual safety that allowed me to photograph each person in a way they had never seen themselves before.

In a place like France, participating in discourse on the subjects of race and identity does not generally take the lead in the daily life of non-Black French folk. To use art and writing to highlight topics of race in relation to the French identity in the public eye is seen as taboo. However, with deep care, I was able to fashion a mirror that reflected something familiar and invitingly unknown to those I photographed.

That which is boundless

After returning to America, I became very sacred of my Blackness. Enduring the pain that followed the murders of George Floyd, Breonna Taylor, and Elijah McClain—to name a few—we became witness to an apparent call for action and experienced communal care for the Black community that mothered us through a period of intense violence and uncertainty.

At this moment, and reflecting on my time in France, I developed a sense that identity, specifically in Blackness, is boundless and abstract. It is not so blatantly described in one singular photograph or story, but better understood through the slowness of intention and inherent care only truly known when a mirror of the same hand is held to it.

I am constantly thinking about how we come to know who we are through the creation of images. I relish the ways in which like Blackness is boundless, so is the affectivity that images carry. While the subject who is present may not offer all of themself to the viewer, their gaze, or lack thereof, still touches at the edges of influence and attaches itself to the viewer in a unique way.

I am interested in that attachment, and I am intrigued by this exchange of movement that occurs. It has changed the way I have come to understand the power of photography and how to use it as a tool to contemplate who we are in relation to others. And I will continue taking deep dives through the medium’s historical life and coming back to the surface with new ways to describe and think about how we want to be seen and the ways in which that exploration affects movement outside of our individual experience.

Rebecca Arthur is a photographer and image-maker currently living in Philadelphia, Pennsylvania. They consider themself a storyteller. Much of their work stems from their personal questions and inquiries about the themes of family, identity, and home. Rebecca’s goal is to allow their photographs and stories to incite discourse about how we come to understand ourselves and others through the lens of our collective and disparate histories and identities.