In a self-portrait series, Chinelle Rojas reclaims her identity

Plus, she shares her tips on how fellow photographers can create their own self-portrait series. 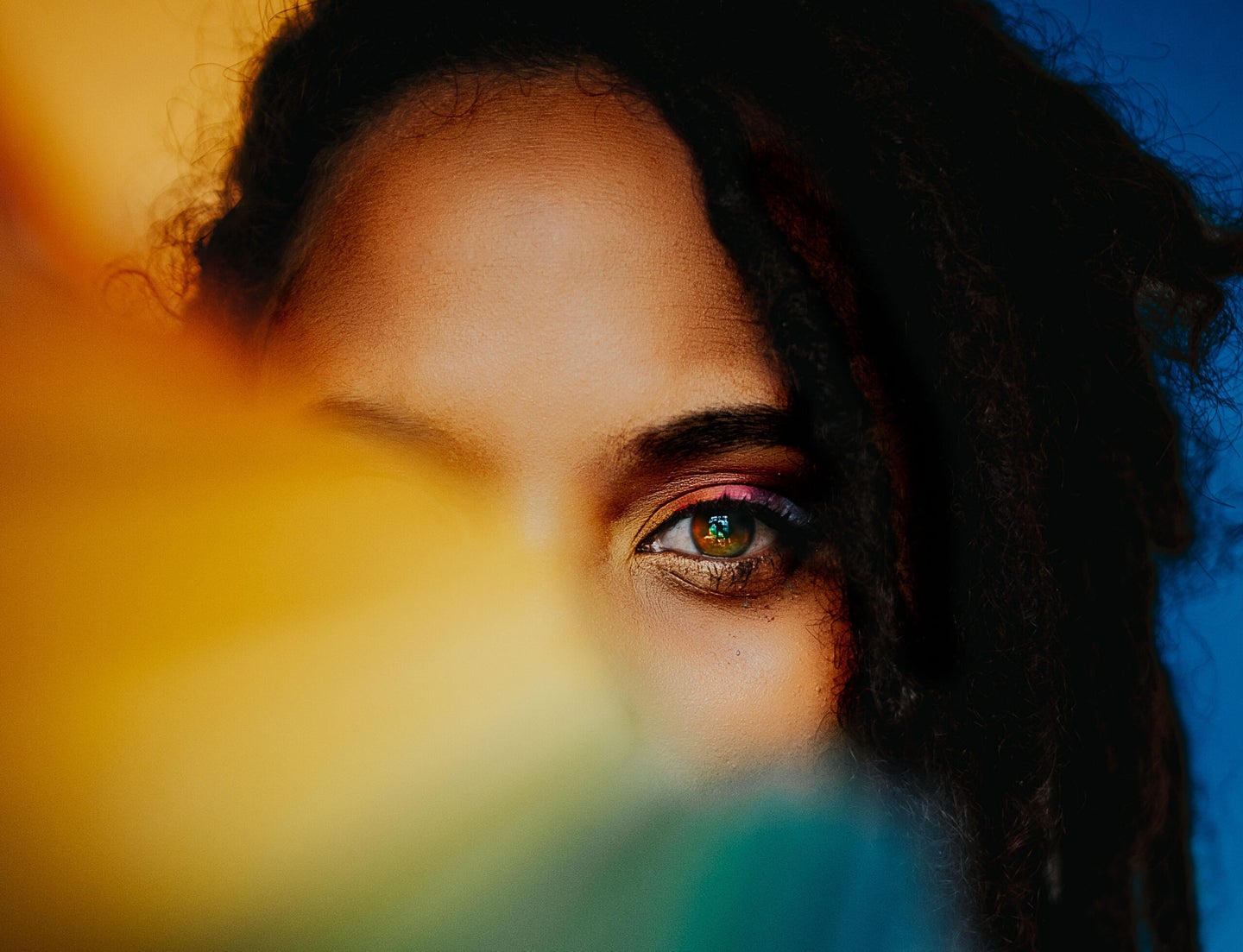 One of Rojas' favorite portraits is this one, which she made with Prisma colored pencils. Chinelle Rojas
SHARE

In an age saturated with selfies, the art of the self-portrait can feel diluted at best, and an indulgence of vanity at worst. But for Florida-based creative Chinelle Rojas, it’s been an avenue for accepting her identity and celebrating who she is. Her self-portrait series, My Black Self, is a way that she reclaims a part of her that has long been ignored.

“It was just how I was raised. My parents never made a big deal about race at all, which I feel hindered me in a sense. Things were happening to me, different microaggressions and stuff like that. I didn’t know to put two and two together until I was an adult looking back like, ‘Hold on. That was not okay.’ [The title My Black Self] did not come until I got to a point in my life where I embraced my Blackness,” she explains.

Born in the Caribbean nation of Trinidad and Tobago, Rojas spent her childhood in Germany and Florida.

My Black Self was a public proclamation of accepting who she was—and how others might see her. Rojas, who had been practicing self-portraiture since the beginning of her career nearly 10 years ago, officially launched an Instagram account for the series at the end of 2019, which coincided with another embrace of her identity: The whole family moved to Trinidad, where Rojas created prolifically.

“I’m just more able to see that I am Black and Caribbean, Caribbean and Black,” she says. “I am Afro-Caribbean and it just reiterated that a little bit more to me.”

Setting up the shot

When Rojas goes about coming up with an idea, one of the first things she’ll do is see if others have created similar work. Though she maintains that she is very much a follower, when it comes to art, Rojas is dead-set on being the first.

“I don’t like doing things that other people have done already, so that’s kind of my thing. If I don’t see anybody who’s done it, then I’d be like, ‘Cool. Do it now.’ If I do see somebody who’s done it, then I will make a mental note how not to do it,” she elaborates. “I prefer to be a trailblazer in that sense. When it comes to my art and stuff like that, I try to separate myself and be different and do something that other people aren’t doing, at least not yet.”

Depending on how complicated the idea is, she will sketch it out, sometimes in great detail, before shooting and constructing the final image in Photoshop. And that is her advice to fellow creatives wanting to dip into self-portraiture. Have a plan. It will make the process easier, and even save a good deal of frustration.

When it comes to actually taking the shot, it’s an open secret. The Fujifilm ambassador’s hack is to use the intervalometer on her Fujifilm X-T4 with the camera set to shoot continuously at one-second intervals. This way, she isn’t limited by a definitive number of photos and can time each accordingly. With the help of the camera’s flip-out screen, she can compose and capture in real-time.

After sorting through hundreds of photos, Rojas pulls her favorites into Lightroom for base edits and retouches using her own presets. However, she doesn’t peg herself to a specific style.

“It always depends on my mood because I could be like, ‘this will look really cool, really retro’ and then otherwise I’m like, ‘I need clean, crisp or dark and moody or super bright.’ It really just depends on the actual feel that I’m going for in the self-portrait—the sky’s the limit. I don’t have to stick to a specific theme just because that’s what everybody knows.”

For those who want to try

Photographers interested in trying the self-portrait (and not merely a selfie) can take a page from Rojas. Her top advice? Don’t limit yourself. Early on in the learning process, photographers are often told they have to find their style and that consistency is king. For Rojas, this isn’t always the case—and it doesn’t have to be for others, either.

“When people think of self-portraits, they more so go towards their phones and selfies,” she says. “A selfie is not a self-portrait; they’re very different. I just want people to know that they can do it and the way my portfolio is all self-portrait,  it shows people that you do not have to confine yourself to a specific style.”

Climbing a roof, an underwater entanglement—sometimes a shot goes beyond Photoshop, and Rojas is no stranger to the extremes.

In one instance, she climbed onto the roof of her father’s home in Puerto Rico in an attempt to capture a shadow self-portrait, meant to represent the leap of faith she had taken moving her family to Trinidad and then Puerto Rico.

“I was trying to do this shot of taking that leap of faith and just doing the hard thing and that’s something that we did when we moved from Trinidad to Puerto Rico, just trying the hard thing,” she recalls. “I [had] this vision, but getting myself up on the roof was completely terrifying for me.”

But facing a fear of heights isn’t the only thing Rojas has done—and it pales in comparison to another photo shoot, which could have been deadly.

Armed with a vision, fish tank, swirly yellow dress, and the help of a client, she attempted an underwater portrait in one of Florida’s famous springs. It went far from planned, and the result, though otherworldly, was hardly worthy of a “brush with mortality,” in Rojas’ words. Though she’ll continue to add to the series as time and life permit, it’s not a shot she’ll be reattempting.

“I had swam out and was doing the thing but while I was out there as I’m trying to stay above the water, whatever, I’m kicking my feet but then my feet started getting wrapped in this flowy dress underneath the water. In a brief moment of panic, I felt like I was going to die and drown. This is not how I want to die. I don’t want to be one of those people who die trying to take the self-portrait.”