Laugh it up fuzzball – the year’s funniest pet photos

The Comedy Pet Photography Awards are back with a fresh set of winners. Disappointed you will not be. 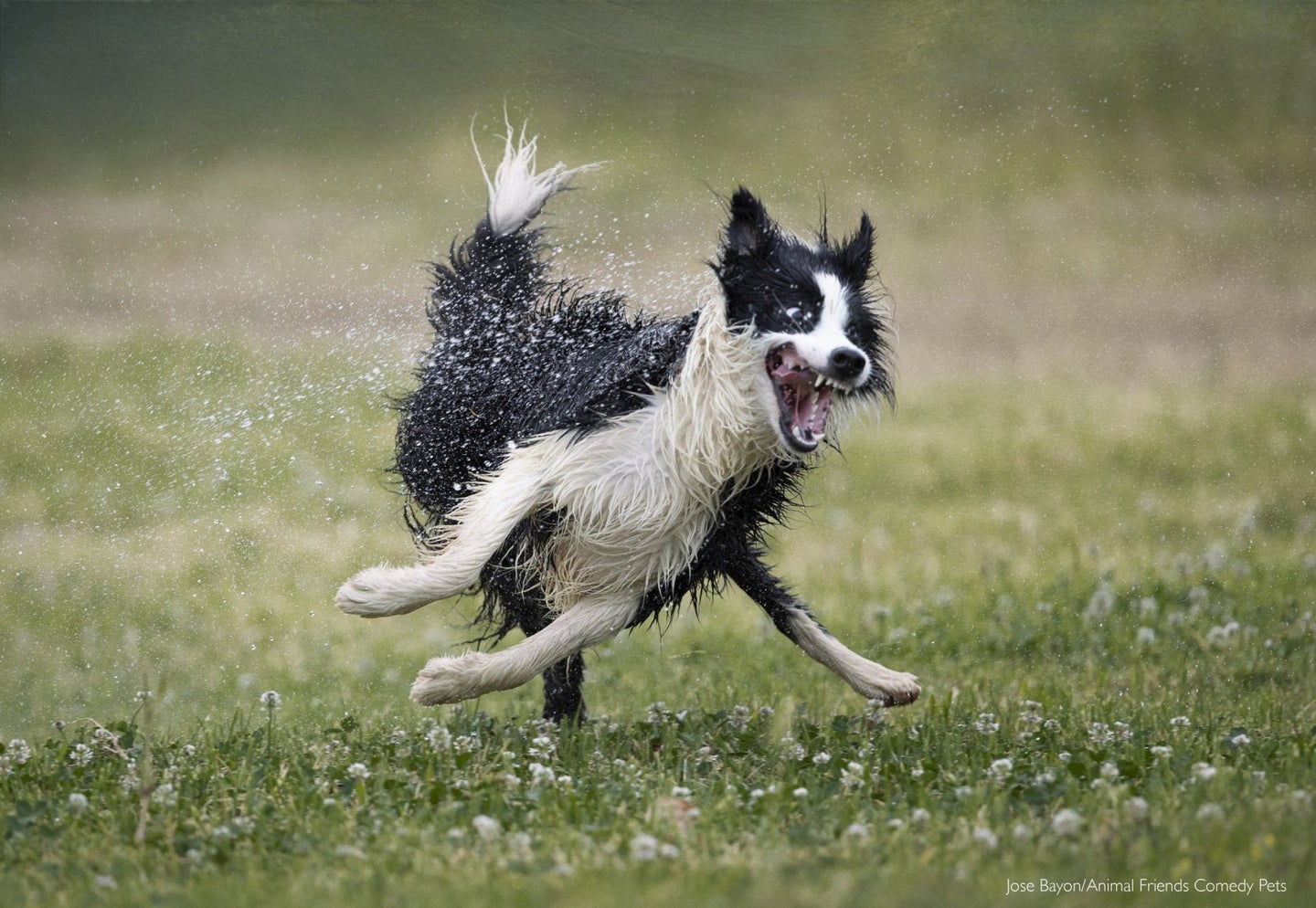 Nilo's Love for water. Winner of the Dog category.
“Nilo is an adopted puppy about 10 months old. He was hit by a car and was barely saved. Now recovered, he has just discovered water for the first time. His capers and pirouettes show his passion for water. Love at first sight". Jose Bayon
SHARE

What’s better than funny pet photos? How about an entire photo contest dedicated to our comical companions? Well, the Comedy Pet Photography Awards are back with a fresh set of winners for 2022. And the photos do not disappoint. From sassy alpaca to spastic pups, this gallery has no shortage of personalities.

About the Comedy Pet Photography Awards

The Comedy Pet Photography Awards are a UK-based competition, open to all. Founded in 2020, the competition’s mission is to, “promote positive awareness of animal welfare issues and celebrate the incredible and valuable contribution that pets can and do have on our lives.” And each year, they donate a sizable chunk of cash to one or more pet rescue charities.

Related: A selection of the year’s best nature photos

The overall winner of this year’s competition, Kenichi Morinaga, took home a £2000 (USD $2172) cash prize. In addition, he gets the honor of deciding which animal welfare organization the competition will make a £5,000 (USD $5424) contribution to. And, apparently after much thought, he chose the UK-based Cat Welfare Group.

Category winners, meanwhile get a Comedy Pet Photography Awards goody bag and bragging rights. Now, on to the photos!

The Cat category and overall winning image definitely has a cartoon vibe. It’s as if these two were chasing one another, Tom and Jerry style, only to collide, head-on, leading to two exaggeratedly compacted bodies. I fully expect an accordion to play in the moments after this collision.

Radim Filipek took home the top prize in the “Mighty Horse” category. And gosh darn are those some jovial equine. Mamma, on the right, seems to be really laughing it up and having a good time, (though a Crest Whitening strip couldn’t hurt). And, crikey, Monty is a big boy for just three days old!

Personally, this is my favorite image of the bunch. That expression, the single tooth showing, and the long stogey-looking stick dangling from the mouth all give this alpaca a most humanlike quality. In fact, I’m pretty sure I encountered this guy playing blackjack at an off-the-boardwalk casino in Atlantic City, New Jersey.

Cats are curious creatures and occasionally, their instincts get the best of them. That appears to be the case for Jack the Cat here. Poor fella is stuck at the top of the hedge! Hopefully, his rescue didn’t require a visit from the fire department. Either way, Freya Sharpe took home the top prize in the 16 and under category for this one. And it sounds like Jack is made it down safe and sound.

The more I look at this image, the more I see the resemblance. They say couples who grow old together start to look like one another. Perhaps the same is true of pets?

The people have spoken and their favorite image is this fantastic snap of one goofy, happy, recently-rescued pup. Between his story and that face, how could Carter not bring a smile to yours?

Finally, the folks who run the contest picked a favorite and they chose well. While the image title suggests that this proper pup is a chauffeur, I see them more as the cool guy, rolling up in a fly red whip, ready to steal yo’ girl or guy. Pup just needs some Tom Cruise-approved aviators.

Submit your own funny pet photos

Got some funny pet photos of your own? Details for next year’s contest have yet to be announced but keep an eye on the contest website for updates.