Plus, the value of reediting old work, the importance of harnessing creative 'friction,' why he ditched Fujifilm, and more. 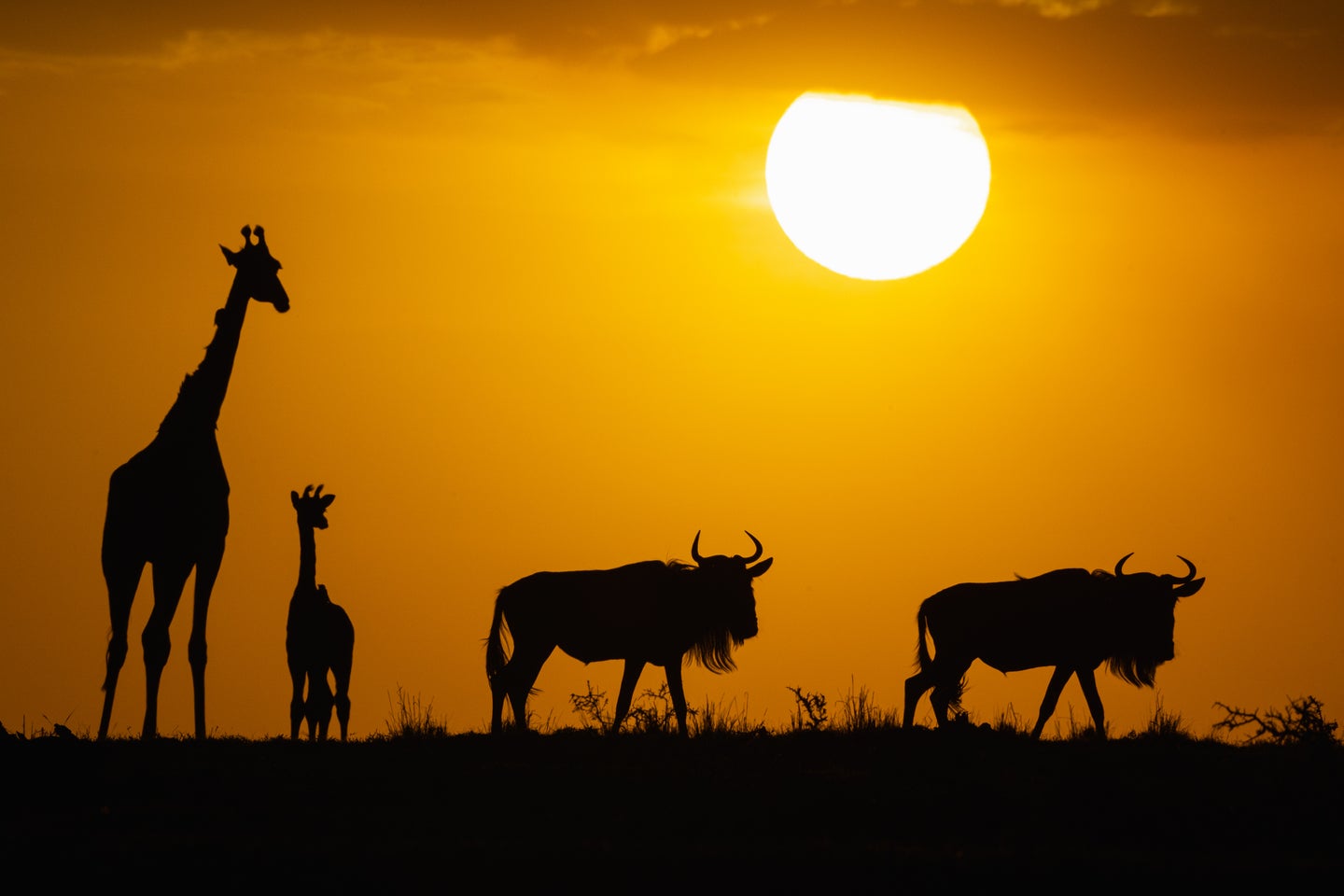 David duChemin is a photographer, author, and educator, known for both his humanitarian work as well as his nature and wildlife photography, both on land and underwater. As with most image makers who travel to create their work, COVID-19 put the brakes on many of his projects, but also gave him time to rethink how he approaches photography—and change camera systems.

For a photographer who travels to other countries several times a year, the pandemic must have been a big shock. How was this period for you?

It was a good time for me to sit back and look at what I have done, look at what I like to do. All of a sudden, a lot of the unnecessary things that filled my days fell away. Things like planning for trips, and all the nonsense that goes on when you’re constantly heading out the door. I had this quiet two years where I could concentrate on looking back at my work, looking at where I was going, tidying some things, and getting clearer about my photographic voice.

And I asked myself questions like, what if I can’t travel for the next five years, what am I going to be exploring with my camera? What is the thing that I’m going to be doing photographically rather than just opportunistically, taking a picture here and there? So it was quiet, but it was productive.

On the other side of it, I think I’ve always been a very intentional photographer. I’ve always taught the value of intention and photography, but I think over [the past few years], I became even more intentional about what I wanted to do with the time and energy I have moving forward.

‌When I interviewed Michael Kenna, he said that early on in the pandemic, he looked back into his archives and ultimately ended up developing a body of work from the 1980s. For him, it was partly a way of filling the time but also, rediscovering older images.

I think there’s tremendous value in doing multiple edits on your work. And by edits, I mean selecting down to your keepers. When you come back from a trip, you do a reactionary edit that’s based on your feelings, your emotions, that one experience where you were waiting for something to happen and it finally happened. It’s all very much affected by that kind of emotion.

And you’re also looking for certain things. So, for example, I might have been looking, when I came back from Kenya, for a body of work that was in color, and that was warm and active. I was focusing on interactions and relationships. So I was making my edits based on looking for those specific things. But four years from now, when I revisit that work, there may be images [I love] that I outright rejected because they didn’t fit that particular filter at the time—will I come out of it with a completely new body of work? Very possibly, even very likely. So, yes, I did go back into my archives, and I didn’t come up with any new big body of work, but I came up with new images.

I always say to students that there are two ways to make photographs. One is with your camera, and the other is to go back through what you have already. The equivalent would be a writer who’s written some rough drafts and got some ideas in a file somewhere, and goes back and discovers them and suddenly, it’s not the unfinished novel that they thought it was, but it’s a great short story. And suddenly, they’re coming out with a new thing that they never expected. So I think there’s a tremendous value in going back and looking through your archives with fresh eyes. It’s one of the reasons I never delete anything, because I don’t trust my first instincts, and I know that future me will be very grateful that I didn’t just bin everything that didn’t conform to my expectations.

‌Did you learn anything about yourself looking back in the archives?

I don’t know if it’s anything that I could articulate. But, certainly, when I look back through my archives, I see it confirms what I believe about my photographic voice, the things that I am, my preferences, my tastes, the things I’m drawn to, and the things that I want to say things about. I think when you’re more aware that there’s a “refining” that goes on, it allows you to move forward, maybe more confidently, with that particular recognition that, yes, I do have a voice.

‌You have a slogan in your books and articles, “gear is good, but vision is better.” And yet, you went and bought new gear this year? What prompted you?

(Laughs) Looking at the work that I’ve done over the last few years, and looking forward to the work that I want to continue to do, I realized that, while I have become known as a humanitarian photographer, increasingly my work is not with human beings, but is underwater, with bears, with wildlife safaris and that sort of thing. The system I was using was Fujifilm and I loved it. I love the old-school ergonomics. It’s great on the streets of Venice and India. But I don’t see myself doing a lot of that work in the near future.

But I can do wildlife photography here in Canada without getting on an international flight and increasing my carbon footprint. So I looked at what I was photographing, looked at the gear I was using, and its weaknesses. Fujifilm just wasn’t developing the longer, faster lenses that a wildlife photographer needs. So I asked one of my buddies, and he recommended the Sony system. The one thing I don’t like about it is the ergonomics, but you can learn anything, the muscle memory will eventually kick in.

I feel like I jumped forward 10 years technologically. The autofocus is astonishing. For wildlife, the gear gets out of the way faster. And it allowed me to consolidate. I was using Fujifilm on the streets, I was using Nikon underwater, and reluctantly used my Fujifilm gear for wildlife—but I sold everything and now I only shoot the Sony system. So I can use one camera and lens underwater and use the same camera and lens for terrestrial wildlife. And I can put my beloved little 21mm lens onto the Sony body with an adapter and walk around the streets. I have no illusions about the fact that this will not make my work any better. But it will make it easier if you can focus on a moving animal and not lose the tracking. If you’re not fighting with the gear in your hands, you can spend that energy being creative and thinking about composition and storytelling.

‌When it’s easier, you don’t have the friction that might prevent you from doing other things.

That’s right. There’s always friction in the creative process, but I think we need to eliminate that friction where it’s unnecessary, so that we can concentrate on engaging that friction where it is necessary, where it’s questions of, how do I compose this? And what kind of story do I want to tell? Those are the things that will make our photography better. If the gear gets us to that place sooner, if we fight with it less, I think that’s a good thing.

‌So you finally got back on the road and you went to Kenya after two years.

It was amazing to be back, and when my little plane sat down in the Masai Mara, I had tears in my eyes. I was starting to think I was never going to see it again. The whole experience was suffused with this gratitude, and I think because of that, my photographs are more sensitive. They feel to me like a photographer who’s shooting more with his heart than with his head.

‌The photos on your blog from Kenya have a feeling of serenity, especially the two photos of the man holding a spear.

I think that’s actually the perfect word for it. It reflected my state of mind while I was there. The man in the photo was my driver and my guide, and it was actually shot at the edge of the infinity pool at the safari lodge. It’s a beautiful location. There’s one shot there where he’s got his spear in one hand, I think wondering how long this was going to take, and he pulled out his cell phone. It’s the perfect photograph for me because it was unexpected, even though it was partly planned. And I love the juxtaposition. He’s very much a traditionalist, he’s a Samburu warrior, a man anchored in the past, but in one hand he’s got his spear and in the other hand, he’s probably checking his Facebook feed. And then there’s the initial reflection of him, so I called the image between Between two worlds. I don’t normally title my images but I really enjoyed that one.

I live in an extraordinarily beautiful place, so I will probably spend more time in the next couple of years, just throwing my gear in the back of my vehicle and taking off for three or four days, seeing what I can find, photographing sea otters and killer whales and that sort of thing. The more I do this, the more convinced I am that with most creative pursuits, there needs to be a healthy dose of solitude to really get through the chatter and to calm and focus on what you’re doing. And more so when you bring wildlife into the mix because you have to sit for a long time and you have to be quiet.

For more of duChemin’s work (and wisdom) check out his newsletter and podcast.