We can’t stop laughing at these hilarious pet photos

The 2022 Animal Friends Comedy Pet Photography Awards finalists are in. 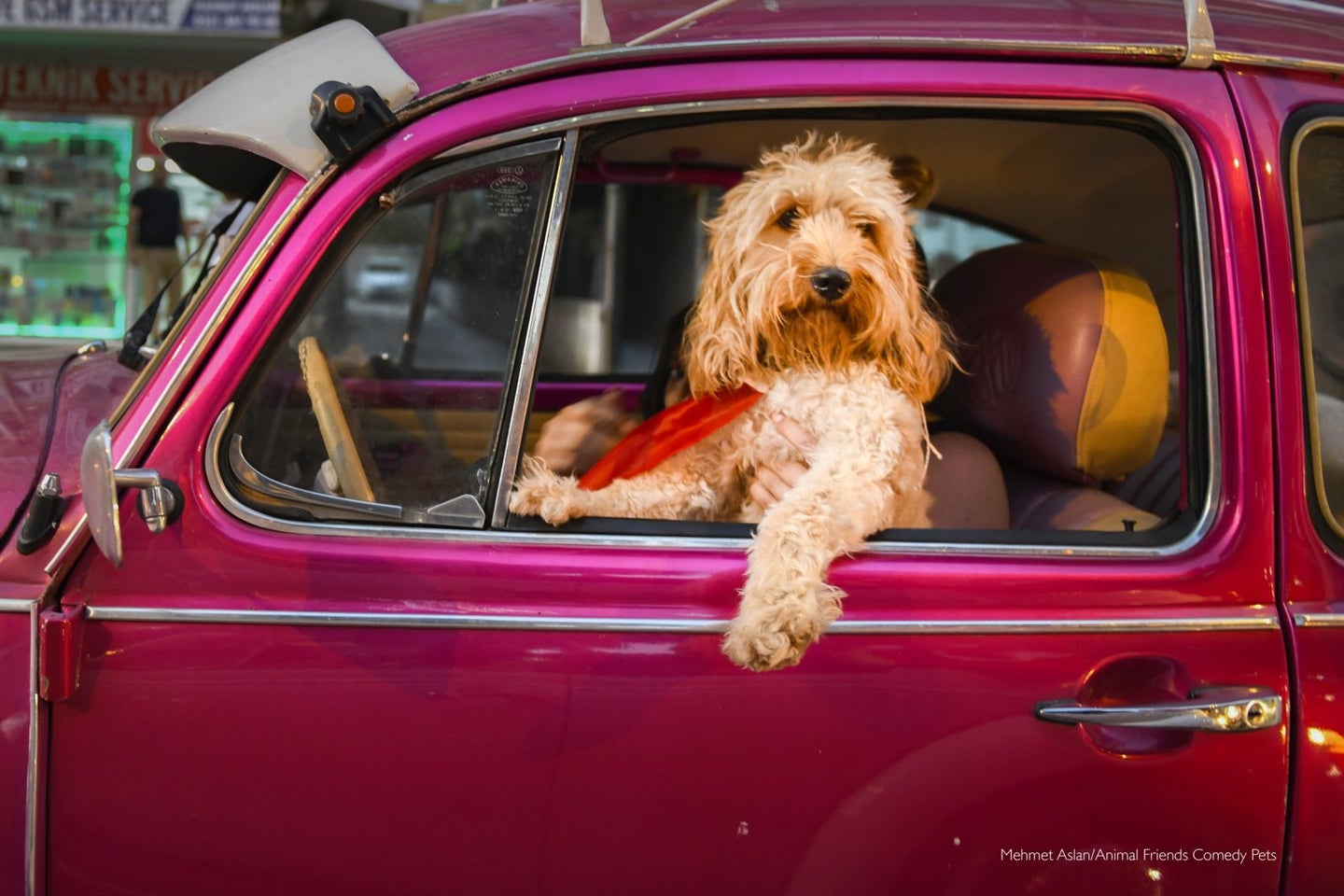 They say a dog is a human’s best friend, but we’d argue that the phrase is amendable. Animals of all sorts make excellent companions, and they’re being celebrated in this year’s Animal Friend Comedy Pet Photography Awards.

The Comedy Pet Photo Awards recently announced its 2022 finalists, which are sure to induce a chuckle.  Llamas, horses, cats, and dogs all make humorous appearances in a bid to be the top comic. Prizes include an Animal Friends Comedy goody bag and certificate, with the video winner also taking away £1,000 and the overall winner £2,000, plus a £5,000 donation to an animal welfare charity of their choice.

The judging panel consists of animal lovers and experts alike, including wildlife TV presenter Kate Humble, TV host and animal enthusiast Mel Giedroyc of The Great British Bake Off, and Emma Milne, BVSc FRCVS, a veterinary surgeon. Winners will be announced on September 14. Here are our favorite contenders.

A friendly rub or a telepathic war of wills? Whatever it is, these two cats are really into it.

Home on the range

This llama looks right at home, and we’re not sure which is funnier: Its obvious bedhead or the stick it’s casually dangling from its mouth.

This dog’s facial expression is exactly what we’re thinking when someone points a hose at us. Boy, is it cold!

Ah, the majestic gyration of a waterlogged scruffer coming clean, is there anything more refreshing? At least this pup decided to shake it off before getting back into the car!

Ah, yes. We, too, have this crazed look in our eyes when confronted with the magic that is snow. Nothing beats some fresh powder. Nothing.

No better game for a cat’s cunning strategy than a game of chess. Checkmate!

Either this horse was extremely excited to have its picture taken, there’s a mighty fine pile of apples on offer, or the horse just stubbed its hoof. Whatever the cause, we are now having a laugh.

Along for the ride

We don’t know who’s more excited for a slippery slide down a snowy hill. The dog or the kiddo? If the tail is any indication, we’d say the exuberance is pretty equal.