We chatted with longtime Magnum photographer, Martin Parr, about the popularity of photobooks, his most recent work, and more. 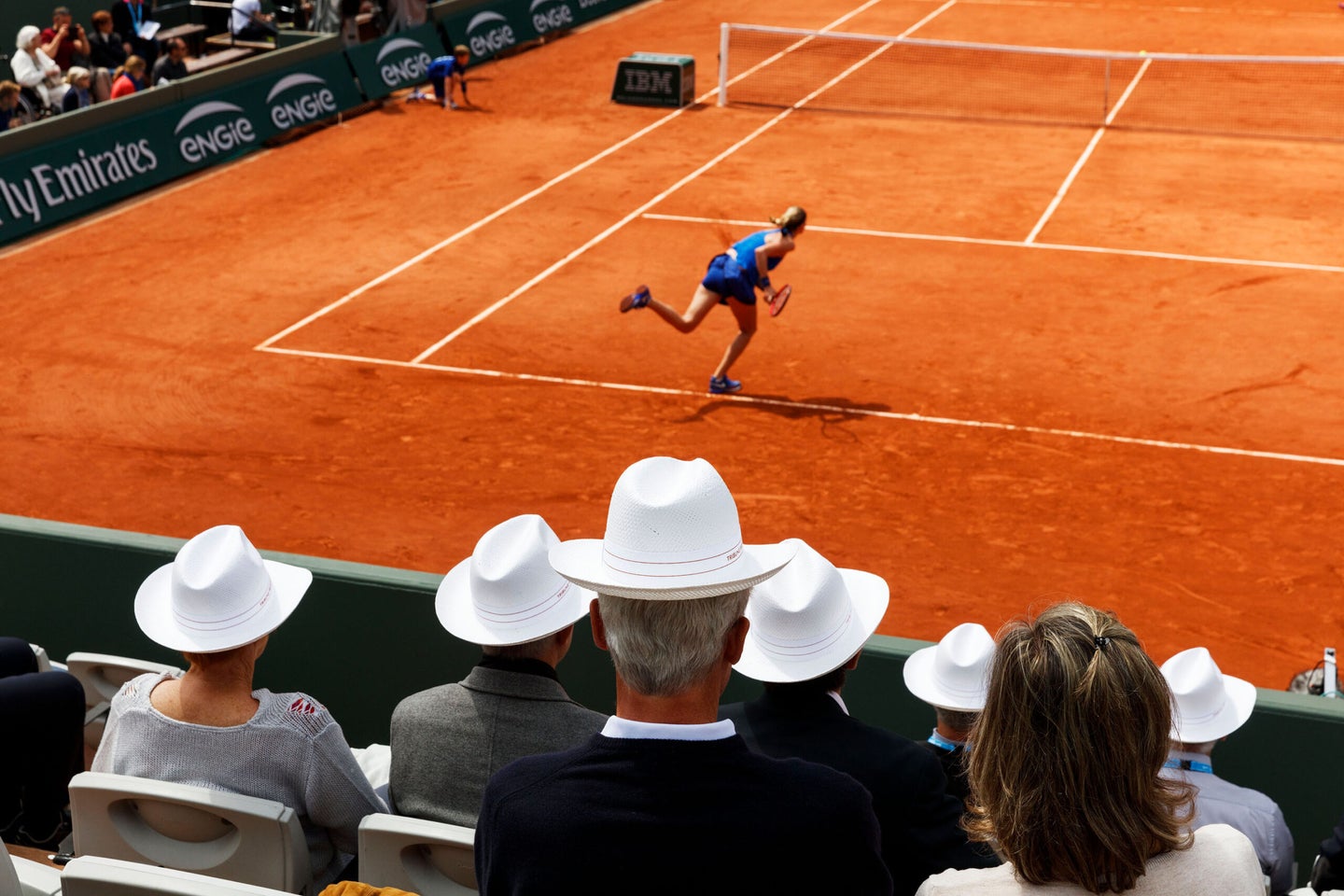 Martin Parr’s photography is instantly recognizable. He zeroes in on the foibles of everyday life, focusing on people in their natural surroundings, highlighting the quirkiness of their lives. A Magnum photographer since 1994, Parr has published more than 100 photobooks and now oversees the Martin Parr Foundation in Bristol, England, where he presents exhibitions and hosts talks with photographers.

Parr once had one of the most extensive collections of photobooks in the world, and, in 2017, the Tate Gallery in London acquired the more than 12,000 books he had amassed since the 1980s. I asked Parr if it was hard to let go of the collection, and he said, “Yes, but I knew it was going to happen, and I knew it was the right thing to do. It was too difficult to look after, too valuable; it became a liability as much as an asset. And I couldn’t afford to insure it for its true value; it was worth millions.”

The most expensive book he ever bought was Les jeux de la poupée, by Hans Bellmer, which cost $60,000 (and is now worth more than twice that). Even though he’s given up collecting, Parr hasn’t stopped buying photobooks; he currently has four or five thousand books in his Foundation, with a focus on British photographers.

Related: A Conversation with Martin Parr (2008)

Leveraging this collection, Parr, together with Gerry Badger, produced three volumes of The Photobook: A History, (which is sadly, now out of print). Each volume covers 200 books, arranged by theme, looking at the trends and highlights in the history of the genre.

“Many of the books were well known. The other books perhaps haven’t been as celebrated as they should be, so it was a great pleasure to rectify that and include them in the survey.” The history of the photobook can tell us a lot about the history of people, beyond simply the documentary nature of some photos. “A photobook is a reflection on the world we live in.”

A rise in photobook popularity

The popularity of photobooks has increased greatly in recent years. Parr says, “This explosion has been going on for about 15 years. I think it’s calmed down a little bit, but we just had a big book fair in October [at the Martin Parr Foundation], and we had 30 publishers and photographers selling books, and it was very busy, very buzzy. What photographer doesn’t want a book? It’s the perfect way to give their work a platform. You get to select how to sequence it, produce it, design it, and get it out into the world. And no one throws it away; magazines come and go, exhibitions come and go, but the books are here forever.”

What makes a good photobook

So what makes a good photobook? “You have to have strong pictures to start off with, and then the design has to echo what the book is about. And that’s it really; if you’ve got those two things, then you’re well on the way to getting a good book. But most books that are published are not good, because the photographs aren’t strong enough, or the message isn’t strong enough, it hasn’t been thought through, hasn’t been resolved.” A good photobook has to have a sort of narrative, “The narrative’s important. It’s got to make a statement about the photographer’s relationship to the subject.”

Much of Martin Parr’s work could be called street photography since he photographs people in their natural habitat; he’s said that it’s getting more difficult to shoot this type of photo, though. “Funnily enough, people didn’t like being photographed in queues. I don’t know if there’s a sense of shame in queuing up with your trolly to go into [British grocery store] Sainsbury’s. But I did get people objecting to being photographed. They haven’t got anything else to do. If you photograph on the street, and people are walking by, they’re busy. But if they’re just queuing up, standing there wondering what to do, killing time before they get in. You’re very noticeable.”

While Parr’s subjects have mostly been people, he did produce one interesting book of landscape photos, Remote Scottish Postboxes. He drove around Scotland with his wife, between 2004 and 2010, stopping occasionally to photograph the red postboxes that he discovered in remote areas. He doesn’t plan to do more landscape photography though, saying, “I’m interested really in what man gets up to rather than the beauty of landscape.” But this project was “a combination of landscape and man-built things. The wilder the setting, the happier I was. Especially in Scotland, it’s very surreal when you see them and there’s not a farm or a house anywhere to be seen, and here’s this postbox.”

His latest book, Match Point, contains photos from four tennis Grand Slam tournaments he’s photographed, but, as per his style, focuses on the spectators, not the players.

“I like tennis. This is a commission I was invited to do, and I couldn’t say yes quick enough. So you’re sent to all these grand slams and have everything paid for and the fee as well. It was a fantastic exercise. There’s hardly any tennis in my tennis book, but there’s plenty of people looking at tennis and enjoying tennis.”