We caught up with adventure photographer, Corey Rich, and chatted about why he's done with DSLRs for good. 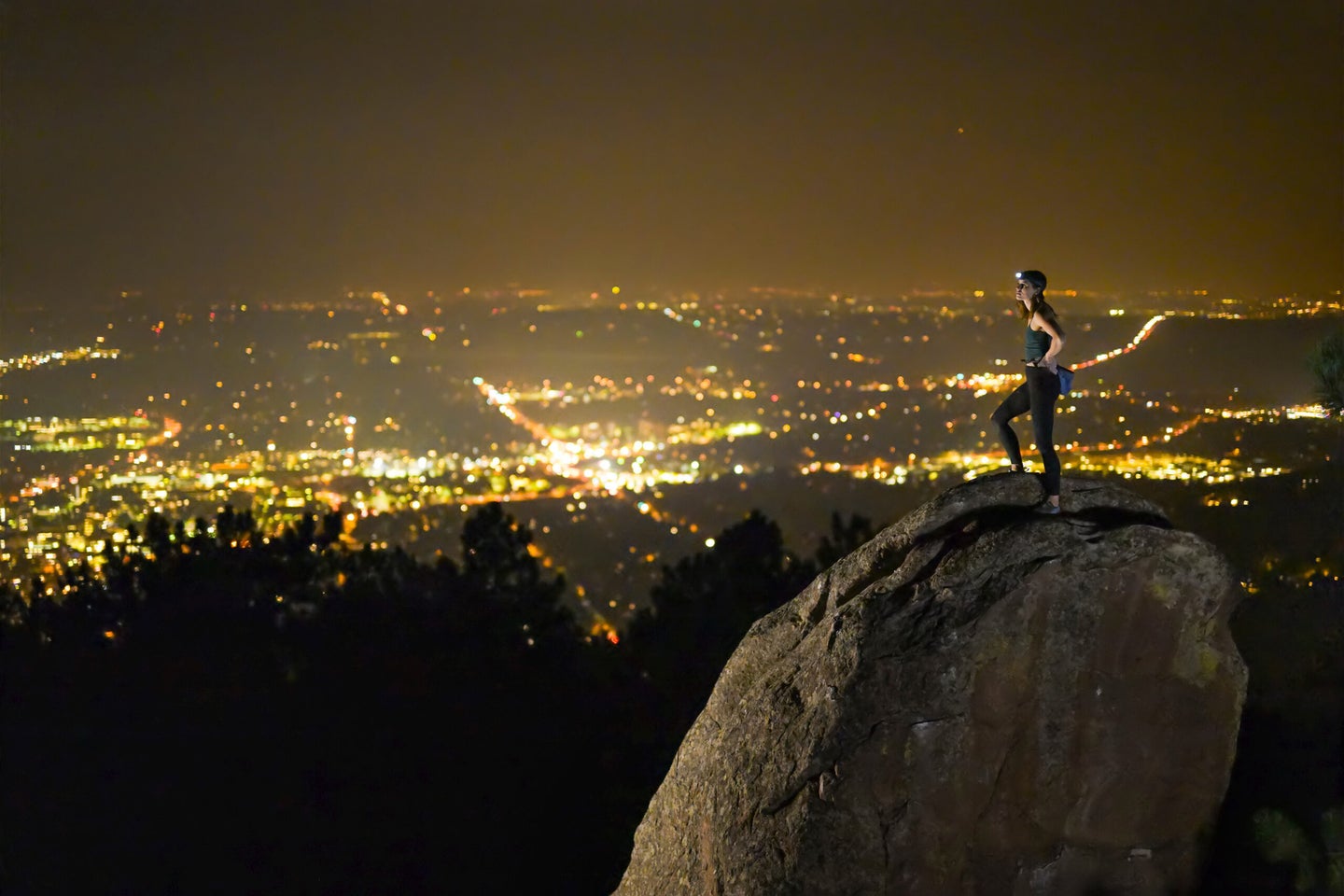 A still from the film, Night, by Corey Rich. Corey Rich / Nikon
SHARE

Corey Rich is one of the best-known names in the world of extreme action and adventure sports photography and filmmaking. From mountain climbing to river kayaking to glacier skiing, he’s is no stranger to documenting the world’s most talented athletes, in some of the planet’s harshest conditions.

We recently caught up with Rich to chat about a number of topics, including his permanent switch from DSLRs to mirrorless bodies, his experience filmmaking with the new flagship Nikon Z9, the primes he wants to see come to Z-mount next, and how the Covid-19 pandemic has impacted his work as a visual storyteller.

You recently filmed a video with the Z9 for its launch. Tell us a little about the experience.

The idea that a $5,500 camera is full-frame and shoots 8K video at 24 fps is pretty remarkable. On top of that, 4K recording at 120 fps is amazing. A couple of observations when shooting video: One, any type of delay or lag time in monitoring is gone, which is a huge improvement over the Z6 II and the Z7 II. And then the autofocus—we’re now in a place where using autofocus for professional video is a possibility. I think what we’re witnessing now—and what the Z9 is proving—is that computers are just more powerful and more sophisticated for fast focusing than humans. While shooting, Night, the film that I recorded to launch the Z9—which sometimes was in extremely low light or bright daylight—the camera did a better job than we could at pulling focus. It’s a huge breakthrough on all fronts.

One of the other things we were surprised by is how impressive the high ISO 8K footage looks. We did something bold in committing to shooting 8K video at night. 80% of our film was shot at night in very low light, with women rock climbing using only headlamps, and the footage looks amazing. It looks really good. We definitely found ourselves thinking, “Wow, this is a step forward!” Oftentimes what happens on a film set is that you have one or two very expensive, high-end cinema cameras; but at a $5,500 price point, the Z9 gives us the ability to have more cameras on set.

We were shooting on prototypes, and it was not the final firmware, so everything that we shot was H.265. I can’t wait to see the Pro-Res and RAW footage from in-camera; not having to use an external recorder is a huge plus.

Are you still shooting with any Nikon DSLRs? If so, which one(s)?

No. As soon as I went to shooting mirrorless, I tried to then go back to shooting on the D850 and it’s just no longer for me. The advantage of looking through an electronic viewfinder and reviewing an exposure in real-time is just too beneficial. It’s hard to go back. So, I sold everything. I no longer own DSLR cameras. I’m all-in on mirrorless and it’s made me a better photographer.

What Z-mount lens are you most excited about (currently out and/or on the roadmap)?

Of course, I own all of the fast zooms. I’m most excited about primes. I think that’s just been an evolution in my career, both as a photographer and filmmaker. I want speed, I need speed. The look is stunning when you’re wide open, and what I’ve noticed on Z lenses is that when the lens is wide open, it’s just easier to find sharpness. It brings new confidence to the game, meaning, when I’m shooting the NIKKOR Z 85mm f/1.8 lens and I’m focusing on eyes, I have confidence that 98% of the photos will be tack-sharp. When using an F-mount lens on a DSLR body, I had to shoot far more frames on a NIKKOR AF-S 85mm f/1.4 to get the eyes in focus. I had a much lower success ratio. So, I am just excited. Each time a prime comes out, I buy it. I’m also using the standard fast wide-angle zoom, the NIKKOR Z 24-70mm f/2.8 S, and the Z 70-200mm f/2.8 VR S.

How often do you shoot with F-mount lenses adapted to Z-series bodies? What’s the experience been like?

I’m still shooting F-mount lenses quite a bit on my cameras. And I don’t think using the FTZ adapter is that much of a hassle. But it is just one more piece of equipment that you need to have in your bag. In my experience, the FTZ adapter is very impressive, the autofocus is responsive, and the new FTZ II adapter, without the flat plate on the bottom, is going to make shooting with F-mount lenses much, much easier.

Are there any F-mount lens you really want to see Nikon bring to Z-mount?

Yes! I got to play with both. The 100-400mm lens is super impressive; that will definitely be going into my kit. That’s just a great lightweight, long lens alternative that is a native Z-mount. I can’t wait to have it. The 24-120mm lens could also be a compelling lens for video, when shooting more verité style, where you just want a single lens on the camera that kind of allows you to get quite a bit of coverage. That said, again, I tend to gravitate toward primes just so that I can shoot a really shallow depth of field. I just love that look, it’s super beautiful.

On a standard in-the-field shoot, can you give us an idea of what’s in your gear bag? What type of lenses/accessories do you tend to carry?

If I’m getting a little more robust as a one-man band, I might bring an external monitor. If I’m shooting stills, I usually pare down the lenses. I would use a Z9 with probably a 70-200mm lens, a 105mm f/1.4 because it’s just so darn beautiful, the 50mm f/1.2 S and 14-30mm f/4 S. With still photography and going to the mountains, I tend to bring zoom lenses. With video, I tend to shoot almost exclusively on primes, but I will add zooms if I need to be light and fast or if I have somebody else helping to carry my bag.

I almost never bring a tripod unless I’m shooting video. If I’m shooting video I’ll bring, depending on the scale of the shoot, a tripod with the fluid head and the appropriate plates. But video is a can of worms and quickly your kit gets much, much larger.

What have you been up to since the start of COVID-19, how did it impact your work as a visual storyteller? And have shoots picked back up?

My world really shifted. A lot of my time goes into directing, and almost overnight, during COVID I wasn’t traveling. I was directing photographers and filmmakers around the world to do the shoots, but I was sliding into a creative director role. I really enjoy teaching, and that’s what creative directing is. It’s having a vision and then communicating to the folks that you’re working with exactly what that vision is and having them execute that.

So, I learned how to write briefs, I’ve spent a lot of time on Zoom and WebEx in different time zones, staying up all night directing folks to shoot content. I worked on a lot of advertising content for technology companies. But a small benefit of the last year is that being outside tended to have less risk. A portion of what I do takes place outside in the adventure sports world, so I’ve had the ability to continue shooting some of my passion projects: shooting outside, mountain biking, rock-climbing skiing, etc.

Do you have any exciting shoots coming up you can tell us about?

In fact, I’ve started working on a passion project: the development of a film about an amazing indigenous professional mountain biker. I will be pursuing that film in the coming years, and hopefully turn it into some kind of feature documentary, whether that is short-form or long-form. So that is also another project that came out of COVID. That said, the world has changed. I’ve been shooting a ton domestically and I’m frankly kind of missing those days of sitting behind Zoom at home and managing my own schedule.

What’s the best piece of photographic advice you’ve ever received?

It’s great to read about photography and filmmaking, go to inspirational talks, and brainstorm projects, but there is no substitute for getting out there and doing it. We can talk about it, we can read about it, but you’ve got to actually do it to make exceptional pictures and video. It’s about repetition and muscle memory. In my opinion, the most fun part is pressing the shutter and the record button.

Were you ever a reader of Popular Photography magazine? If so, can you tell us a little about what it meant to you?

Yes, I was! I’m 45-years-old now, and I grew up reading Popular Photography and other photo magazines. With PopPhoto, I learned techniques and technical insights that I could then apply to my own photography, and I was inspired by the photos in the magazine. Many of the legends were interviewed or wrote columns and I found that very valuable.

I think that photographic education has evolved quite a bit. We have more information than we can possibly consume available to us online and I think curated, high-quality content will win. I think the integration of video into those educational tools is critical. Show us how to do it, let us hear the people tell us how they do it. It’s the beauty and success of YouTube, except YouTube is not curated very well. And so, when a publication like PopPhoto can curate those videos or essays, there is huge value in high-quality curated content.