A TikTok photographer shot both sides of a roll of film, with otherworldly results

Folks loved Evan Purney's analog shots so much, he created a whole how-to series on the technique, known as Expose Both Sides (EBS). 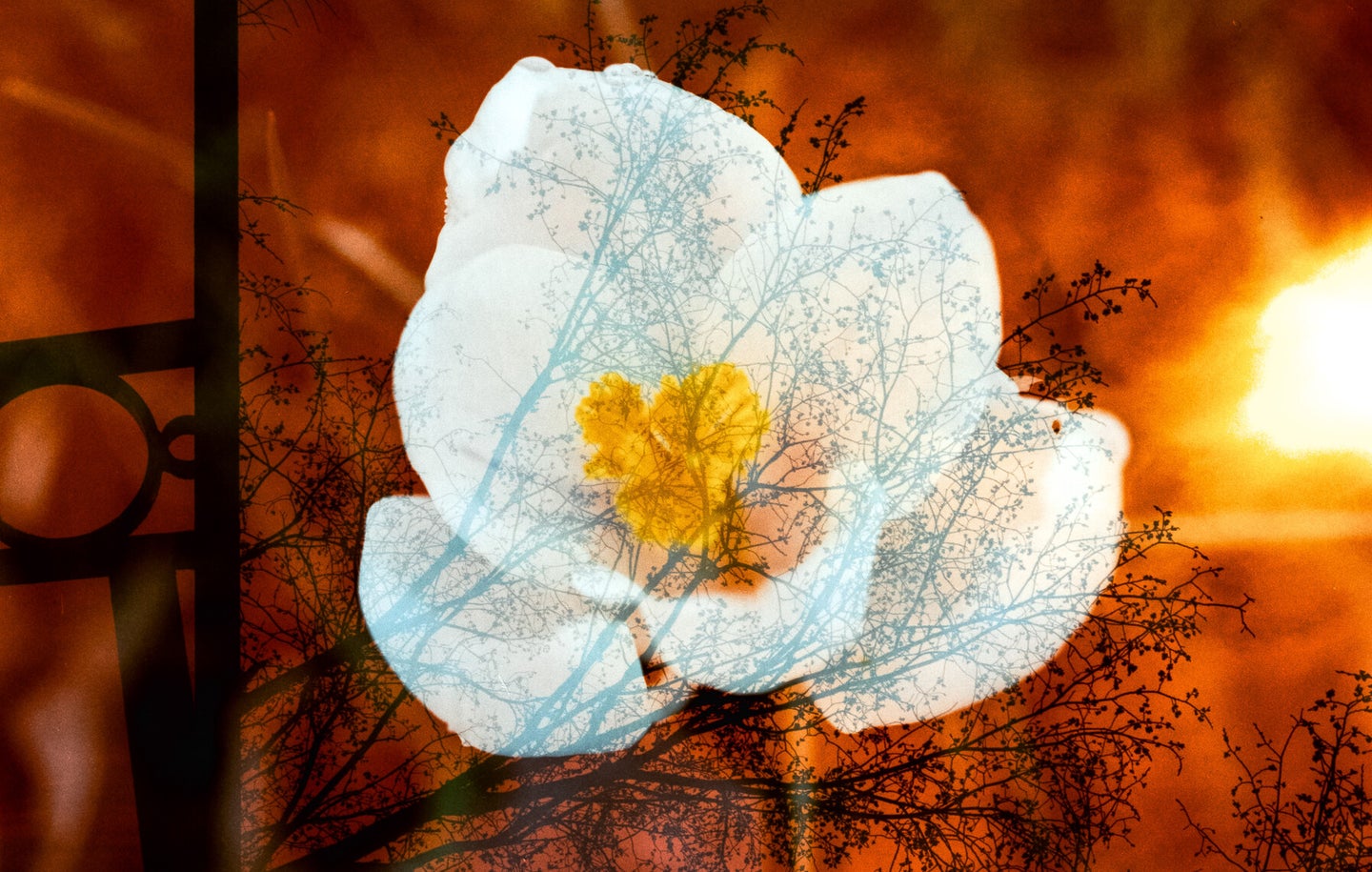 "This white crocus over the fence and tree silhouette pretty much nailed the effect I was going for. It's simple, striking, and I love it". Evan Purney
SHARE

With the ever-increasing price of film these days, “experimenting” sounds like a scary, money-draining concept. If your endeavor doesn’t turn out, well, the party’s over—and your wallet is a little emptier than when you started. However, one photographer is making experimentation his signature style—and TikTok is loving the crazy results.

Evan Purney, who goes by @ameyecool on Instagram and TikTok, uses a technique known as EBS, or Expose Both Sides, to create otherworldly photographs. EBS is exactly what it sounds like: A photographer will shoot the roll of film on both the base and emulsion sides, producing double exposures with a Martian-red tint.

“These are basically just double exposures, so a lot of the same tips apply,” Purney explains of the method. “In general, the first image will fill the shadows of the second image. To get the look I got in a lot of my photos, I illuminated the subject with a flashlight and metered for the highlights on the ‘regular’ side. This basically turned the whole background into fairly dense shadows, which lets the red-scale image fill it in.”

The Nova Scotia-based artist didn’t actually get into photography until last October when a visit to his parents surfaced some old photo albums.

“I realized how much I enjoyed revisiting old memories and hearing the stories behind them,” he recalls. “I found I never looked back on my phone pictures and would lose them whenever I got a new phone.”

Though new to photography, Purney dove right into film—he has yet to own a digital camera but says that will come along eventually.

“I went with film because the unpredictability and the candidness are really fun for me—I feel I try really hard to get ‘perfect’ photos when I can take a bunch with instant feedback [using a smartphone]. There was definitely a strong element of nostalgia [in choosing film] as well,” he writes to PopPhoto.

Nothing is too wild

Purney has also experimented with film soup, low-res digital photography (a Nintendo DSi and a Game Boy Camera are the tools of choice), re-loading disposable cameras, low-speed films, and a 1950s camera. But it was his interest in shooting double exposures that lead to his discovery of the EBS technique and the first roll.

While the first attempt was, by his words, okay, one good image and some tinkering led to the second roll, which garnered the attention of social media. For those curious about the effect, Purney published a string of tutorials covering the step-by-step process.

“I haven’t seen any other videos on it, but lots of people seemed interested! I’d love to see what other people manage to create with it, I really found it to be a fun challenge,” he shares. “My best advice is to start simple and go from there. You can do some amazing things with this technique, but it takes a bit of trial and error to get the hang of it.”