Gregory J. Peterson on capturing an empty New York City one bike ride at a time 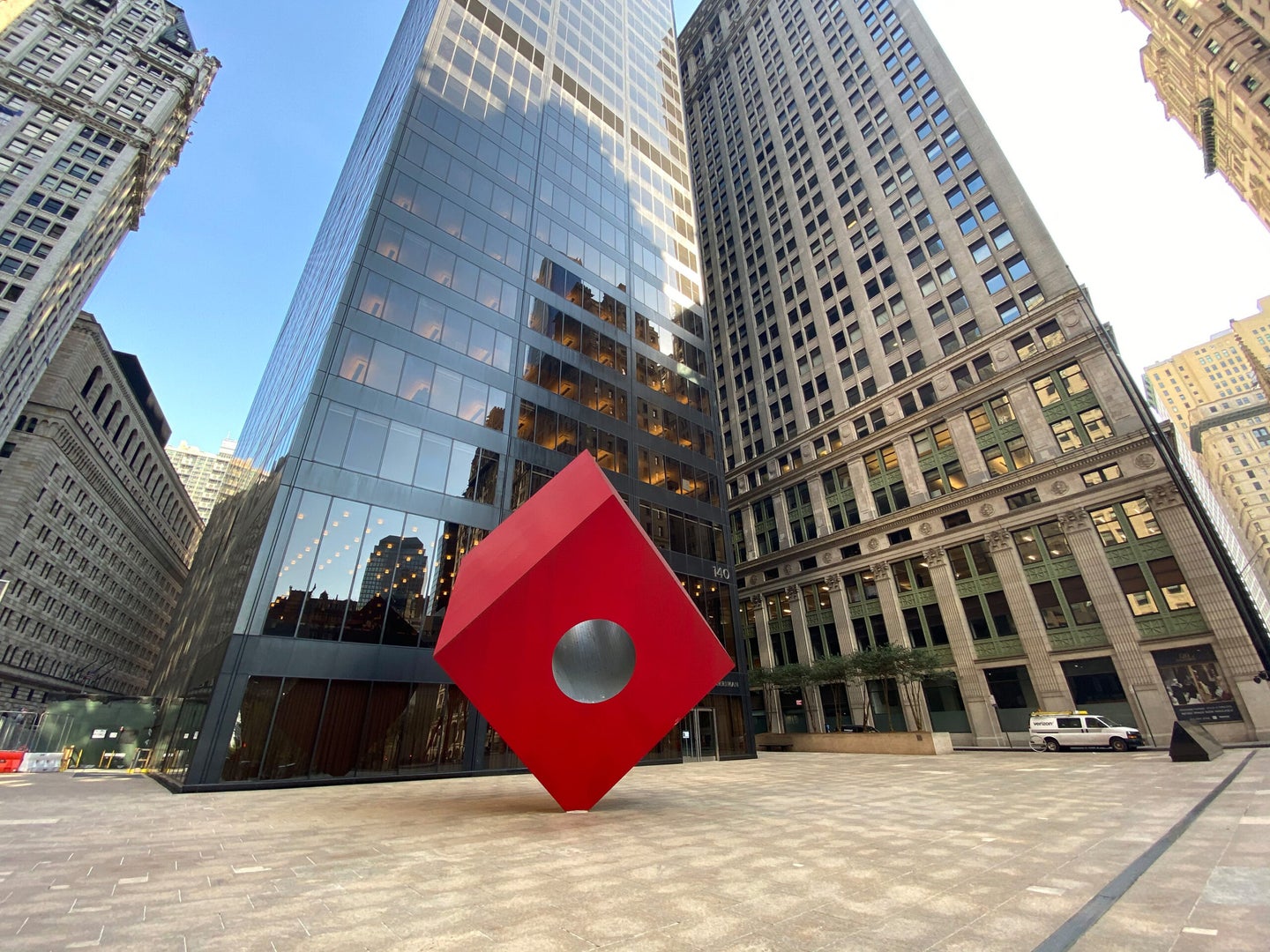 Nearly two years ago, New York City, like much of the rest of the world, went “on pause” as COVID-19 cases soared and hospitals became overwhelmed by the influx of the sick. Broadway went dark, museums shuttered their doors, restaurants, and bars closed up shop and the city that never sleeps—became eerily quiet. During this strange era Gregory J. Peterson, a born and raised New Yorker, found himself locked up at home, spending a lot of time online and considering ways to pass the time during what everyone expected to be a two-week lockdown.

During a walk near his apartment on 72nd Street, he was struck by the city’s emptiness, snapped a photo on his iPhone 11 Pro, and posted it to Facebook. The response online sparked his pandemic project, New York Stilled Life: Portrait of a City in Lockdown, which was published in mid-February.

Shot entirely on an iPhone 11 Pro, the book highlights some of Manhattan’s most famous landmarks in a way that you’ve never seen before—completely devoid of people. Here, Peterson talks with us about what it was like to photograph New York City in lockdown.

Can you describe the general feeling of being in Manhattan in March 2020 as COVID-19 lockdowns were being put into place?

It was just so surreal—it felt that you were actually living in some sort of a science fiction movie because nothing was the way that you’ve ever experienced it in your life. You couldn’t go out of the house. You couldn’t talk to people. You couldn’t breathe on people. That was really shocking. But from a visual perspective, seeing this vast emptiness, you could experience [the city] from an architectural standpoint. You would pass by a place that you have seen a thousand times, literally a thousand times, and because there were no people there, the place itself became visible. That was revelatory because really for the first time, I was appreciating the underlying beauty of New York City in so many different locations. It was a very odd mix of beauty, eeriness, sadness, and horror, but also peacefulness. It was a very, very odd time—but there was the feeling that this was just a little blip. That’s one of the things I did with my project: I said we have to be able to remember this.

At what point did you decide to start making pictures of the deserted city?

Towards the end of March, I noticed that there was no traffic on West End Avenue, which was unusual. I wasn’t thinking very much of it, but a few days later, the first week of April, I went out on a walk. I live near Lincoln Center and I was looking at Lincoln Center Plaza and I just was overwhelmed by it. I’m old enough to have seen Lincoln Center when it was being built and over all of these years, there was never a moment when there was not somebody there. I just was gripped by the novelty of the situation, but also the beauty of the Plaza. I thought If Lincoln Center is empty, well maybe Rockefeller Center’s empty. And maybe I could capture these images in the two weeks that we’re going to have this lockdown. So I started biking around town trying to get as much as I could. I would post my images on Facebook and people were just blown away by it, largely because people were not leaving their houses and they had never seen the city like this. People kept encouraging me to take more pictures and then they started asking me to go to certain locations. It also gave me something to do.

How much time did you typically spend at each location?

I traveled on my bicycle or by foot to each location and so I knew I had a limit. I didn’t want to be out more than four hours at a time because I would have to get to the bathroom or I would have to eat something. Also at the beginning, it was cold outside. From where I live on 72nd Street, I could get down to Battery Park, near the Brooklyn Bridge and I could get as far north as Inwood. That would be about a half-hour to 40 minutes to bike to wherever it was that I was going. Then I have a moment to be there, take the pictures, and of course, I’d have to get back. I visited many locations multiple times in order to find the right atmosphere. Sometimes the sun would be in the wrong position or a cloud would come out or go away. Sometimes I’d have to go back to the same location on several occasions before I could get what I thought was an unacceptable image. I had this very strict rule that I was going to photograph exactly what was there with no interference of any kind.

Were you working on the project daily, or were your trips more sporadic?

I did it every day, unless it was raining. It was the way of getting out, but after people started supporting the effort and asking me to do more, I felt like I was on a bit of a mission, you know? I ultimately photographed 200 locations in Manhattan. I got out to LaGuardia on my bike one afternoon because I wanted to see the new Terminal B, which had opened. I got to Brooklyn maybe twice, but the pictures that are in the book are all in Manhattan.

Were there any locations in Manhattan that you wanted to include that you couldn’t for one reason or another?

I was very disappointed that I could not get the Flatiron Building, the Morgan Library, the Naumburg Bandshell in  Central Park, The Plaza Hotel, and The Chrysler Building. All of these buildings were under renovation and there was scaffolding on them. It just wasn’t what I wanted. I mean, who wants to see the FlatIron Building covered with scaffolding? That was a pity because I really would like to have gotten that.

Was there a point while working on the project that you noticed the city begin to bubble back to life?

I wouldn’t say bubble, I mean, it was really a trickle. It was very slow, very incremental. It got to a point where it was not that easy to find locations with absolutely no one, there might be a few people instead of 200 people someplace. Around midsummer, places that had been closed, started to reopen, but there were still not a lot of people going there. The Metropolitan Museum, for example, reopened I believe in August 2020, but people were still timid about going into enclosed spaces. I wasn’t worried that much about the Met because they have these very grand spaces with high, high ceilings and I felt if anything’s going to be safe, that would probably be it. So I went in there and that was just amazing. I was able to get some very nice pictures there.

We’re about to approach the two year anniversary of New York City’s lockdown. How do you feel looking back on the images that you created during this very strange time?

It’s hard to describe because when we were in lockdown like that, I was so immersed in this and so driven to get this project done, honestly, it’s like I took a trip to a different place and this is like the memory of a journey that I had a long time ago. It’s also still not really over, I mean, we’re still dealing with stuff. But for me, it’s historically interesting that there was no one there. Without people, these buildings look like architectural models.

I  also keep noticing details that are in these photographs that I didn’t notice as I was photographing them. For example, if you look at the photograph I have of the United Nations, the two-page spread of it, not only are there no people on the sidewalk and no cars, but there are no flags on the flag pole. The Apollo Theater marquee says “Be Well”. I kept finding other little things like that where people had posted in their shops, things that I hadn’t really noticed because I was really just focusing on the grand sweep of the space.