Alec Soth on the serendipity of getting sidetracked

Alec Soth chats about his new project, 'A Pound of Pictures,' and how getting 'back to basics' helped him reconnect with photography. 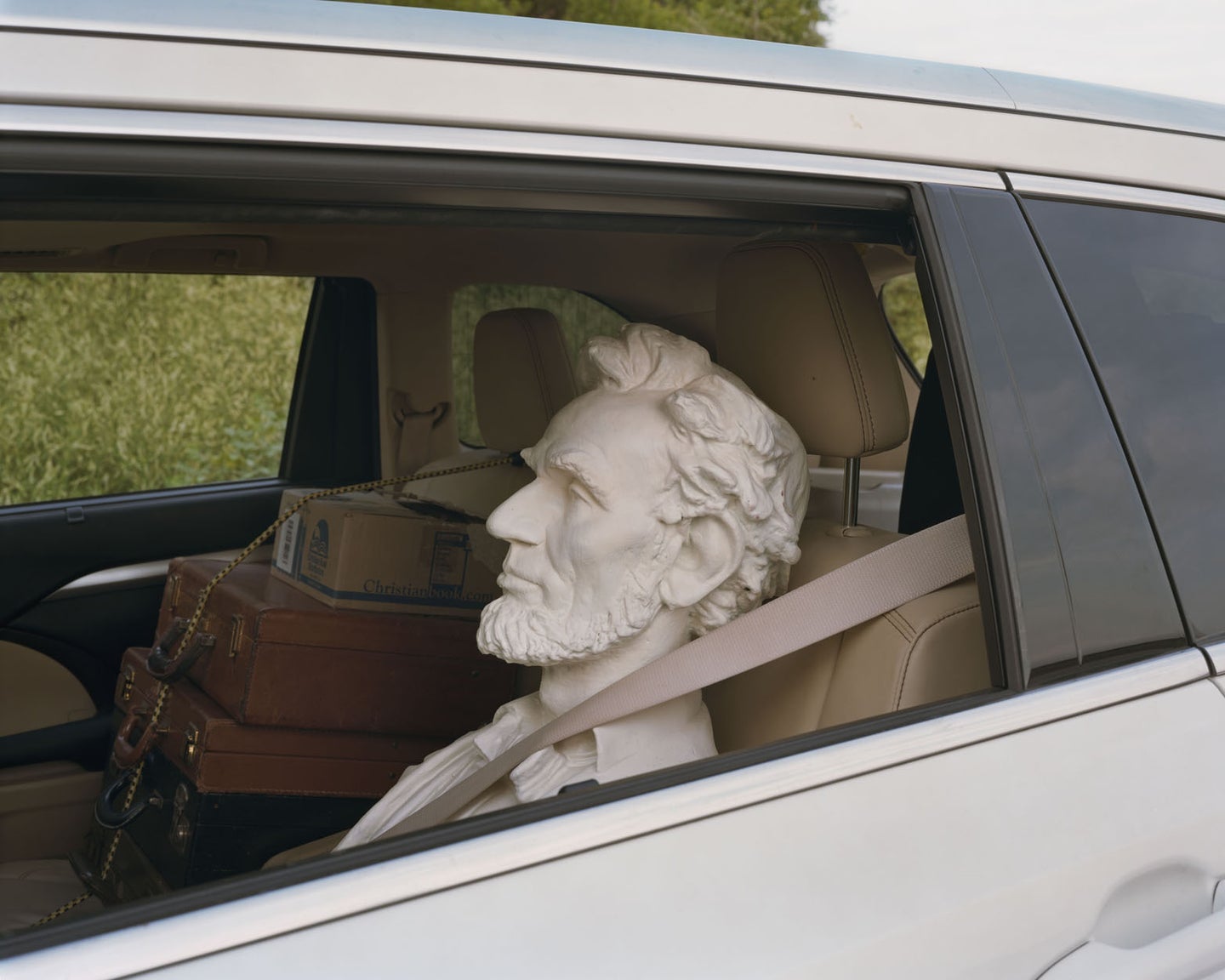 Alec Soth has just released a new book, A Pound of Pictures, which is a collection of photos made between 2018 and 2021 as he traveled across the US. The project was initially supposed to follow Abraham Lincoln’s funeral train. But the original plan derailed and it became something more personal. In the book, Soth says, “If the pictures in this book are about anything other than their shimmering surfaces, they are about the process of their own making.”

In your latest project, A Pound of Pictures, you set out to follow the route of Abe Lincoln’s funeral train but got sidetracked. What happened?

In Trump’s America, living in this nightmare, this darkness was weighing on me, and I felt like I needed to go into those feelings. I was thinking about the Civil War, in terms of a time of divisiveness, and that the assassination of Lincoln, in some ways, brought the country together in a funny way. And I was reflecting on the time period, reading Walt Whitman, who always makes me feel better about America because he could see the glass half full. And so I came up with this idea of following his funeral train.

Related: Alec Soth’s ‘Pound of Pictures,’ and four other analog-only photobooks worth checking out

Generally, when I come up with an idea, I get into trouble. And that, in fact, happened. And not only that, I had other rules attached to it: I was only going to photograph at this time of day, and from this elevation, all that kind of stuff. And it became like I was doing homework. And I had to continue, but the problem was, I had already planned a whole other trip. But I wasn’t excited about the idea anymore. So I just went on a trip. And, and that’s how this new project was born out of that.

So I had to get rid of that structure and start again, and the project, in many ways, is about itself. It’s about getting back to the basics and rediscovering photography. What it doesn’t have is a great hook.

‌Is this partly the romanticism of the great American Road Trip?

I’m always a little embarrassed of that stuff. I was talking to someone, as we drove over the Mississippi River, about what a ridiculously stupid concept that is to photograph a long river. It’s just so cliche, so obvious. I always feel a little uncomfortable with it, and it’s all my own fault. But obviously, yes, it is part of that, for sure.

‌A few years ago, you went through a period of deep questioning, and you almost gave up photography. And then you discovered meditation. Has meditation changed your work?

I always want to make people aware that I’m a very nervous photographer. And I am full of stress and full of self-doubt. There always seemed like this contradiction of trying to possess the world with a camera. And then I had this experience while meditating, I just suddenly saw the world differently. And I was much more interested in sustaining that feeling of connection with the world than I was in producing objects that built up my ego. And that really shook things up for a period of time. I was almost monastic. I wasn’t earning a living, essentially, I stopped doing jobs for Magnum. And it wasn’t really sustainable with my family unless we like, changed everything.

I decided to start working again and change my work. And then over time, some of the old stuff came back in. This is not to say I don’t still meditate, but I’m just a regular guy struggling along. I have to say that in the Western sense of art-making, I feel like my work speaks to more people when it has turmoil in it.

‌So you bought old pictures by the pound, and you include some of these photos in your book. Did you feel like a voyeur, looking at someone’s 50-year-old photos?

It’s bizarre, but photography just has, built-in, a somber quality, and death is in the air with pictures.

Right now my entire immediate family has COVID Except for me. So I’m staying at my parents’ place, and they have one of these digital frames with looping pictures. I can barely look at the thing. It’s not even dead people, it’s just my children aging; it’s heartbreaking. And that’s the way I feel about photography, sometimes, it’s so bittersweet.

‌In this project, there are some photos that are echoes of photos from earlier projects. Were these intentional or accidental?

It was both. This is a very backward-looking project, looking back over my career.

‌There’s an interesting echo that I got from the photo of the woman taking the selfie at Niagara Falls. It reminds me of a Joel Meyerowitz photo in his book Cape Light: a portrait of a woman, with other people moving around, shot with a slow shutter speed so some of them are blurry.

I was not saying Joel Meyerowitz, but I think it was lurking in there. I love that picture of that girl. Incredible picture. And also, it’s so hard to make.

I’ve talked about this a little: Cape Light was a huge influence on Sleeping by the Mississippi in particular. There’s a way of sequencing, landscape to portrait, and then surprise pictures like that blurry picture, that just felt really fresh to me.

Is Cape Light why you use such a big, unwieldy camera?

Ah, yes. Basically, I got to school and I thought, “who are the photographers I really love” and it was quite a mix. People like Nicholas Nixon, and Sally Mann, and Stephen Shore, and what do they all have in common? This 8 x 10 camera. And so I tried it. There’s some quality that’s different than 4 x 5. And that was the beginning of the end. Because it’s just been one problem after another ever since. I do love it, but it’s just so expensive.

Your photos in exhibitions are huge. The 8 x 10 negatives give you a great deal of latitude to blow them up. But there’s a big difference in the size between the photos on the wall and in your books.

The way I came to think of it is that the book is like the album, the website, and stuff on the internet is like streaming music with a lower audio quality, but it’s accessible. The album’s this thing you can possess and hold. And the large photograph is like the live show. So I just embrace all those different things. It’s challenging, though, because, in the book, sometimes there’s a detail that’s critical to the picture, and you can barely see it.

‌With a project like this, how do you know when it’s finished? Is it ever finished?

It’s not like a novel that has a beginning, middle, and end. I work with numbers. I think of these larger projects as the equivalent of a novel. So it’s about 60 pictures; a novella would be 25 pictures. And I have that in mind. And then I start building a beginning and an end and then movements in between. But it’s always like a puzzle, where you’ve had missing pieces and other puzzles are mixed in, and you could work on until the end of time.