How To: Light Portraits for Easier Retouching 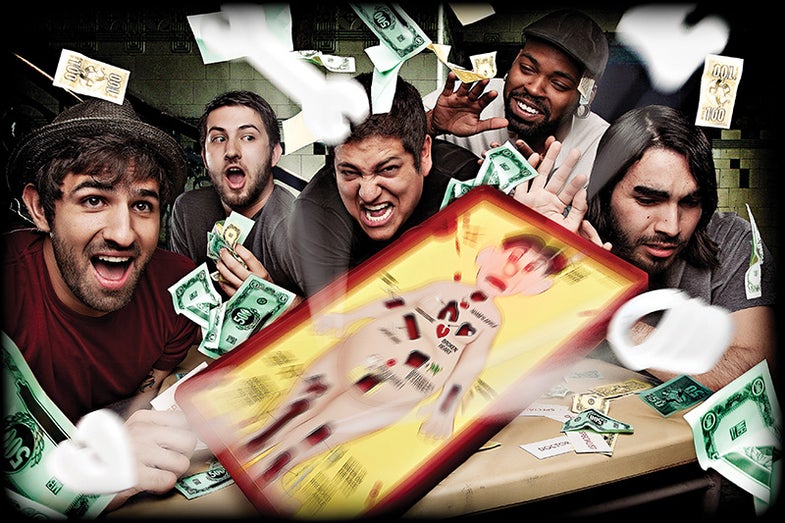 “I like cheeks and noses to have a 3D pop,” says Phoenix-based rock photographer Merek Davis. It’s no surprise then that his portraits of acts such as Before You Fled (above) are known for their dimensionality. He gets it by deepening the shadows and lightening the highlights in his subjects’ faces in retouching.

“Before I can sit down at the computer, though, I need a base shot that I can work with, and that starts with the lighting,” says Davis. He wants a flat, low-contrast light that will let him capture all the detail in a scene in a single exposure.

“I’m not a big fan of harsh lighting,” he says. “I can add contrast later with a lot more control over where and how much there is. It’s easier to add than remove.”

Davis builds his desired lighting by starting with known, familiar setups and then tweaking power outputs for the specific situation. He tries for a highlight-to-shadow ratio of about 2:1—perfect for providing flexibility later for working highlights and shadows without losing detail in either.

The photographer often uses the simple three-light setup shown in the diagram at the bottom of the page, and he likes his lighting to be as soft as it is low in contrast. He gets softness by popping his main light through a 3-foot octabox. “Rock musicians can have really rough skin. They’re not supermodels,” he says. “Soft light can play down skin problems.”

Other Davis tips for lighting (and shooting) rock bands:

• Get rugged gear. “I shoot on location and throw my lights around a lot. I’ve been pleased with Alien Bees strobes because they’re inexpensive but are rugged and durable. I don’t have to be too careful with them. When asked, I call them ‘a working man’s light,’ ” he says with a smile.

• Give up control. During a shoot, you can’t direct a rock band. “You have to go with their flow and see where it takes you,” says Davis. “The best portraits happen if you’re able to capture the musicians’ personalities.”

• Push the limits in post. For this image, Davis produced three radically different versions of the same scene. “Don’t be afraid to experiment,” he says. “That’s how you’ll succeed.”

For this promotional portrait of the Arizona-based heavy-metal band Before You Fled, Merek Davis used an Alien Bees B800 strobe mounted to a 35-inch Paul C. Buff octabox (A) as his main light, and backlit the band with two unmodified Alien Bees B400 strobes mounted in 7-inch reflectors (B). He fired the three lights with PocketWizard Plus III flash triggers, controlled from the camera position (C). He shot handheld and untethered. The finished image is a composite of three shots, one each of the band, game board, and the airborne play money and game pieces. “One of my influences for portrait lighting has been Joey L,” says Davis. “I have liked his beautiful skin and have tried to build on his talent for popping his subjects into 3D.” (See more on Joey L’s technique here.) **Illustration: Kris Holland/Mafic Studios **

Lighting How To
Photography Tips
How to
lighting
Portrait
Strobes