Watermarking Your Photography: A Crash Course

Industry experts dish on the good, the bad, and the mistakes you should avoid if you're going to watermark 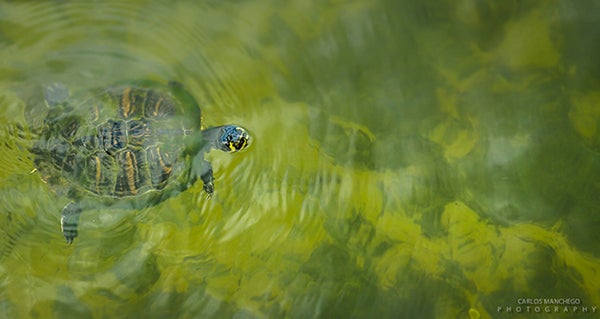 We appreciated the simple typeface and small size of Gaurav Agrawl’s watermark. The placement doesn’t interfere with the content of his image and the design is very clean. Photo: Gaurav Agrawl

Watermarking your photographs has never been easier. Lightroom and services like SmugMug offer users the ability to watermark images in just a few minutes. But an argument still rages about whether adding one to your images is protecting them, ruining them, or both.

If and how you apply a watermark is ultimately a personal decsion. There is no right or wrong answer and industry standards vary widely. But here at PopPhoto we see a lot of photographs, and unfortunately, it’s not unusual to see good work being obscured by unsightly watermarks.

In an attempt to save good photographs from bad watermarks we’ve put together this guide.

Most photographers choose to watermark their images for two reasons: to prevent copyright infringement or to create an indelible brand.

Watermarking a photograph was once seen as a fairly effective way to prevent theft and protect the copyright of your image. Lester Lefkowitz, a commercial photographer for over 30 years and a professor at ICP, still places his name directly in the middle of every one of his pictures.

“If you look on my website all of my pictures are watermarked and here is why,” he explains. “My pictures are very useable for commercial purposes: their subject matter is a scientist in a laboratory, it is somebody driving a truck.”

While watermarking can help protect your image, it isn’t failproof. Technology has made it easier to remove these marks and Lefkowitz admits that a skilled Photoshop user could likely erase his massive watermark. Social media has also changed the way people interact with photographs and think about sharing them online—many people post images on sites like Tumblr and Facebook without realizing they may be stealing.

“I think watermarking to stop someone from downloading images is kind of pointless,” says Michelle Bogre, an intellectual property lawyer and associate professor at The New School’s Photography Program. “I don’t think the kinds of infringements that you should be concerned about are going to happen with a 72 dpi image that you put online.”

So, a watermark isn’t a perfect means of protection for an image, but it can, however, be a valuable branding opportunity.

Carlos Manchego used a simple readable typeface and adjusted the kerning to make this appealing watermark. A low opacity on the text keeps the focus on his image and not on his name. Photo: Carlos Manchego

“Branding is often a balance of reflecting who you are, but also what you want to do and what kind of people you want to attract.” – Ken Carbone, Co-founder of Carbone Smolan Agency and Faculty Member of SVA’s MFA Design Program

According to Debbie Millman, the Founder and Chair of SVA’s MPS Branding Program, brand users are the ones who determine the success of a brand, not brand creators. “It’s really not something that is controllable, as much as people would like to think that it is,” she says. “You can’t force someone to like something or buy it if they have no interest in it.”

Branding as a Business Plan:

“I think one of things that a lot of photographers don’t understand is the complexity of creating a business and creating a brand that runs through your business.” – Michelle Bogre

It would be naïve to think that simply adding a watermark to your photograph is the first step in building your brand as a photographer. Many of the experts we spoke with agreed that watermarking was only one small aspect of the branding process and something that shouldn’t be done as an after thought. “You would hope that the same attention to detail is being taken [with the watermark] as in how they take photos,” says Stephanie Theune of SmugMug.

Michelle Bogre says that photographers should take the time to create a business plan first. “If you haven’t done that, sticking a watermark on a photograph doesn’t actually help your brand, in a sense I think it hurts your brand,” she says.

“The logo is the tip of the iceberg, that is just for recognition. But everything else about your website or promotion is really what makes the difference.” – Ken Carbone

A watermark certainly will keep your name tied to your photograph regardless of where it ends up. Smart photographers make sure any marks on their images are consistent with the appearance of their portfolio sites and any social media presence.

“Better to work with a designer if you’re not good at graphic design.” – Michelle Bogre

Let’s face it—many photographers aren’t versed in the art of typography. But, with things like Creative Cloud offering us access to serious design programs and tons of fonts, many of us know just enough to be dangersous. “Don’t just pick a font off the 50 fonts you get free when you buy Microsoft Word,” Bogre warns. There is no harm in experimenting, but it’s also good to know when to reach out to a pro.

“I think one of the classic mistakes is that someone may feel the need to make their logo somehow special and distinctive. That sends immediately the wrong message. It shows lack of confidence.“ – Ken Carbone

Be Influenced By Your Industry:

“If someone is shooting a lot of fashion and celebrities, there are enough queues in the fashion world to reference in terms of typeface.” – Ken Carbone

You shouldn’t perfectly mimic the choices made by others in your industry, but you should certainly use them as an inspiration. Remember, you don’t need to break the mold with your watermark.

A Word About Typography:

“There is a new type face every minute, or at least every day. The choice is just exhausting,” says Carbone. Many of the free typefaces that can be found online have been developed for what Carbone describes as one-time use. These typefaces have a very specific feel that probably won’t translate well to a broad use. “They will have crazy names like “The Hood” and it has a very rough, urban quality about it—that’s not what you want to choose,” he says. “I think it is best to lean more towards the classics. That doesn’t necessarily mean old, it just means those that have lasted the test of time.”

Keep it Simple and Don’t Try to Say too Much:

“I think it should be as minimal and as elegant as possible and have single-minded focus.” –Debbie Millman

Be careful with color, font choice and any iconography. Stay away from anything that will distract a viewer from what you actually do by overpowering the photograph. “I think something clean, classic and legible—on a phone, is a much better route to pursue,” says Carbone. “The days where you have to somehow say in your logo something about the technical aspects of your work—those are long gone.”

Be sure to include relevant info though. If your name is common it’s not a bad idea to use a URL in the mark.

“You want to drive traffic back to your site. You want them to come back and look at you,” says Bogre. “The advantage of watermarking in a sophisticated, thoughtful, design way, is someone can find this image. It doesn’t sit unknown. Your name is on it.”