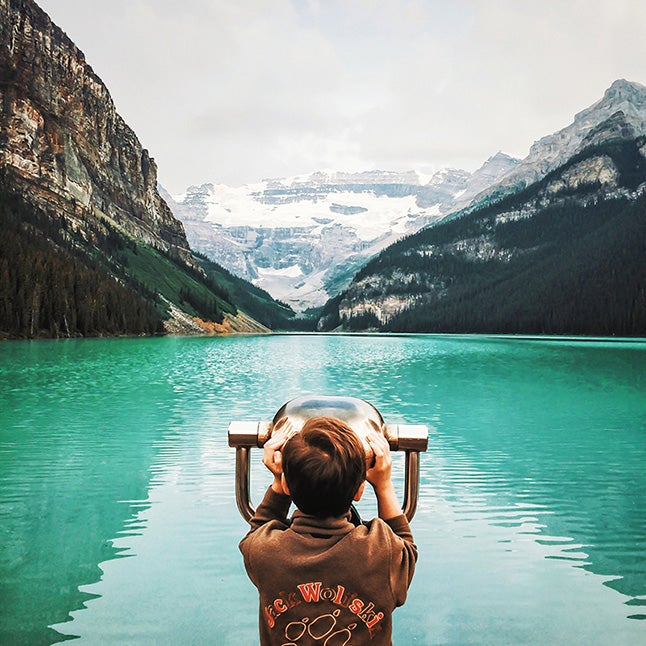 Like it or not, there are 60 million new photos uploaded to Instagram every single day. If the iPhone changed digital photography when it was released in 2007—Instagram’s launch in 2010 revolutionized it.

“I loved it right away and it made me shoot every day,” says Dan Rubin, co-founder of The Photographic Journal. “I think the ease of sharing instantly made me feel like taking pictures where ever I went.”

Although the purpose of the app has remained relatively consistent in the past four years, Instagram shooters have gotten much more sophisticated. Dogs, breakfast and selfies still eat up a considerable amount of bandwidth in the Insta world, but plenty of users doing more with the app.

Just like shooting film or digitally—capturing good photographs for Instagram requires planning. Occasionally there are happy accidents, but according to Wheatley these are rare. “It’s about putting yourself in a position to get a good photo,” says Wheatley. Location scouting, experimenting with angles and, of course, planning around the light remain very important for capturing a great photo for Instagram.

Getting an amazing picture to share on Instagram doesn’t take just one shot. Both Wheatley and Rubin said they shoot throughout the day, often taking 10-20 frames of a single subject.

Rubin says he finds the new “favorite” photo feature in iOS 8 particularly helpful when he is shooting for Instagram. “It’s only been a week and a half that I’ve had iOS 8, but I started [using favorites] and now it’s part of my workflow,” he says. “It is very similar to my Lightroom workflow for my DSLR.”

“Using the Instagram camera, you have basically got one shot. It’s closer to taking a Polaroid,” says Wheatley. “I want a little more control over the selection process.”

The native iPhone camera allows you to set focus and select what you are exposing for in your frame. Trying to shoot in low light? Rubin and Wheatley both recommended Cortex Cam for these situations.

While Cortex Cam can be useful for image capture in dark spaces it goes without saying that smartphones perform better in well-lit spaces.

“You always have to be really cognizant of light because lowlight and backlight are really problematic for the iPhone,” says Wheatley. “Golden hour and blue hour those are going to be your best time for creating photos. I think you need to think about programing your day around them. I know I certainly do.”

For Wheatley holding his phone horizontally, like he would with an SLR, is a no-brainer. “I find it’s easier to frame the image later if I’m going to be cropping it,” he says. “I don’t ever shoot in square because you can just be limit yourself in the editing process.”

“Flexibility came into play the minute that Instagram allowed importing images from the camera roll,” says Rubin. “Once that happened it meant photographers weren’t restricted to just using the Instagram filter set.”

Rubin believes many of the current editing apps are a direct result of Instagram freeing users from the preset filters—and while VSCO is still the gold standard for most mobile shooters, there are plenty of other apps that are great for micro adjustments. Here are some of Rubin and Wheatley’s favorites.

Snapseed: Free full feature editor, with a selective adjust option that allows you to place adjustment points on one area of an image and adjust brightness, contrast and saturation individually.

TouchRetouch: $0.99 clone tool good for getting rid of blemishes in an image.

Anticrop: $0.99, works like Photoshop’s content aware fill. “Rather than cropping in, you are cropping out,” says Rubin. “It doesn’t really work all the time, but for things like skies and lakes, anything that is plain enough, it does a fantastic job.”

Afterlight: $0.99 full feature editor, an old favorite of Rubin’s. Wheatley likes to use it to add a white border around photos that don’t fit the standard square Instagram crop.

VSCO Cam: Free with In App Purchases. This full feature editor is the preferred photo-processing app of most mobile shooters and where Rubin and Wheatley say they do most of their major adjustments: sharpness, cropping, temperature, white balance, exposure, contrast and sometimes applying a VSCO preset. “I love the selection of presets, they suit my editing style and that helps me have a more consistent look to my images,” says Rubin.

Wheatley says he avoids doing any editing inside Instagram, but Rubin will occasionally use a preset in his final edit. “It’s a whole lot easier now because of the extra control. You can apply one of those filters and then you can dial it down,” he says. “Sometimes I’ll add the tiniest bit of Rise or Valencia, but at like five or six percent to give a slight edge when I post.”

7. Hashtags: Keep them Specific and Creative.

Hashtags can be incredibly effective, but only when they are used correctly. Spraying your photo with 12 broad and random hashtags (#girl, #blessed, #love, #photo, #togs, #bestagram, #instamasters, #hastag, #instagood) is not a smart. It comes off as spammy.

“Hastags are part of what makes Instagram such a creative and fun place to be,” says Wheatley. “But if your strategy is to get people to see your photo and like it, then you are doing it wrong. If you are going to use a hashtag use one, and use the right one. Find a cool one or start your own.”

8. Connect with the Community

“I don’t think it can be understated that the real power of Instagram is the community,” says Wheatley. “That’s not just about meeting people, but being inspired by people. I think a lot of the photography you see has been born from the community.”

Both Wheatley and Rubin say that the online Instagram community is incredible and something that many people aren’t actively engaging with. “That is such a deep layer to this app,” says Rubin. “There is a massive world of people who are enthusiastic about what they see. Not necessarily photographers … but people who want to get together and wander around with their cameras.”

Attending an Instameet (or hosting your own) can be a great way to start connecting with that larger Instagram community. “Reach out, see what is going on and be apart of it—even if it’s just every once in a while, it can ben fun,” says Rubin.

You can sign-up for Rubin and Wheatley’s new Skillshare classes here.

These classes are part of the three new photo-centric video classes aimed at perfecting mobile photography skills. Mobile Post Production: Editing Your Photos, The Possibilities of Instagram: Sharing Your Best Photos, and Food Photography: Capturing a Morning Worth Eating are the first in a set of photo programming that Skillshare will roll out throughout fall.