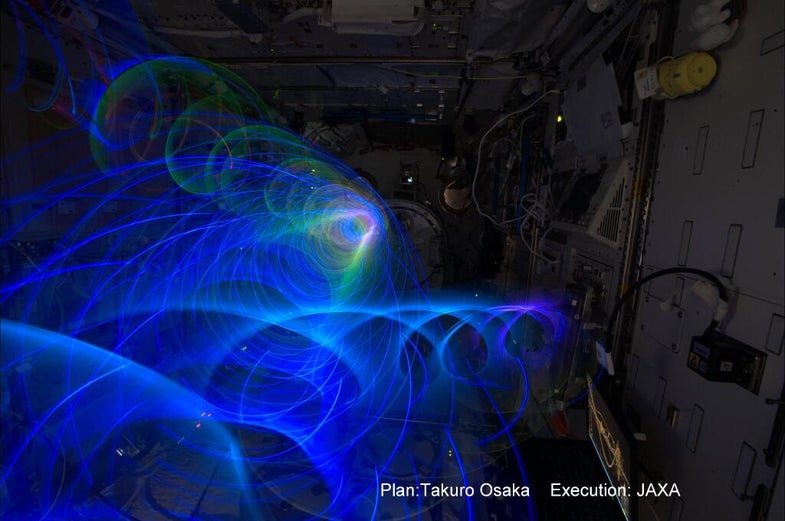 By now you’re almost certainly aware of how amazing the images coming from the International Space Station can be. But, most of them have been captured looking out through the windows. Astronaut Koichi Wakata, however, has been making interesting photos inside the station itself.

His light paintings are made with a device called the Spiral Top, which was created by artist Takuro Osaka. As the name suggests, it’s vaguely top-shaped and is designed to light up and spin around in zero-gravity to create dramatic patterns. If you’re not familiar with this type of light painting, it’s achieved by leaving your cameras shutter open for an extended period of time while a bright light source moves aroudn in front of the lens. It results in mesmerizing light trails.

The photos are cool, but the real exciting part is how much potential the idea has. Not only can you float the light source in mid-air, but the camera can float freely as well.

If you want to see more of his experiments, check out his Twitter and give him a follow.