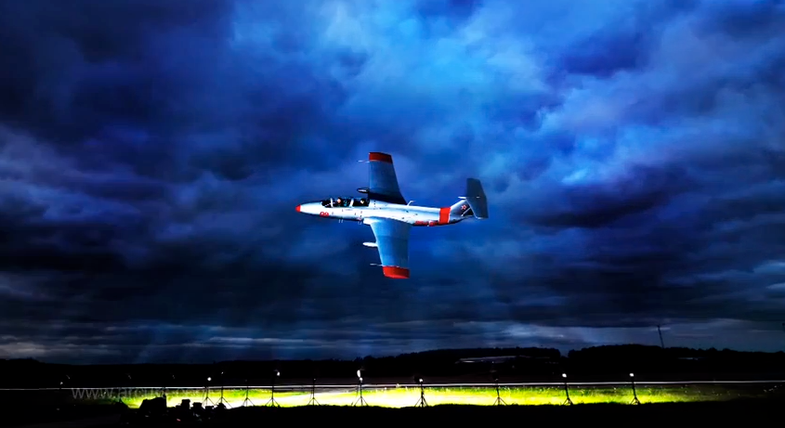 Little speedlites are awesome tools. They’re light, quick to set-up and relatively cheap, but sometimes they just don’t have the power you need. Such is the case when you’re trying to light a plane flying full-speed with strobes from the ground. Photographer Yuri Acurs attempted just that feat and brought roughly 30,000 watts of flash power with him to make it happen. For reference, a Nikon SB800 puts out about 60ws.

To pull it off, Acurs used a whole carload of Profoto strobes linked to a Hasselblad digital medium-format camera.

It takes him a few tries to get the plane in the frame. The plane is moving at more than 300 mph and that makes the awesome-but-slow Hasselblad a questionable choice for the shot.

Ultimately, the whole thing is wildly impractical, but that’s kind of what makes it fun. Really, any time you get to go shooting with a lighting setup that’s easily over $100,000 (on the very conservative side), you’re probably going to enjoy yourself. The Profoto B3 AirS packs run about $7,300 apiece and that’s before you add $1,100 or so for each head.

What would you shoot if you had access to that much gear?

From: The Profoto Blog

Lighting How To
Photography Tips
Airplanes
How to
lighting
Profoto
Strobes