How To: Take a Picture In a Restaurant Without Looking Like a Jerk

The etiquette of the food photograph 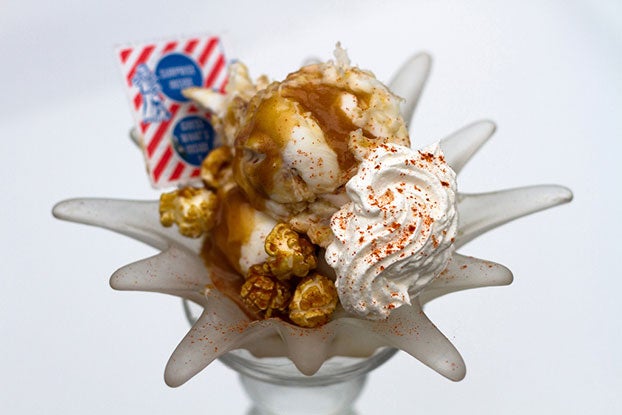 By now, you’ve probably seen the New York Times report about restaurants that have put a ban on photographing their food. To many of us, it seems a bit crazy. But, if you’ve ever sat next to someone who insisted on flashing away at their foie gras before eating, you understand at least a little. So, we’ve put together a few tips for wannabe food photographers to help keep them from getting the boot.

This is by far the most important thing to remember. Yes, it’s dark inside of many restaurants, which is the exact reason you should leave that flash powered off. Firing a strobe of any kind is going to be immediately conspicuous and annoying to some other diners. If you’re using a smartphone, the offense is even greater. Not only are you bothering everyone with a bright light in a dark space, but the inherent awfulness of smartphone flashes is likely making your gourmet food look about as appetizing as week-old prison gruel.

2. Turn down the brightness of your screen

The flash isn’t the only thing on your camera or smartphone that’s throwing light all over the place. Those giant 3+ inch screens are like big, rectangular flashlights. If you need to use it to compose your shot, turn the brightness down and don’t leave the screen on to admire your handiwork.

To photographers, the sound of a camera shutter is a beautiful thing. It’s like a well-hit iron shot for a golfer. But, to someone trying to eat a $90 steak, it can be an annoyance. If you’re shooting with a DSLR, take one or two shots, then pack it in. If your DSLR has a silent mode, like the Canon 6D, you should definitely engage it.

If you’re shooting with your phone, turning the shutter sound off should be a no-brainer even if you’re not in a restaurant. If you can’t turn it of (some phones don’t allow it) just keep the volume as low as possible.

After all, it’s a plate of food. It shouldn’t take more you more than one or two shots to nail it since it’s not going anywhere and the light likely isn’t changing at all.

**
It was an incredible meal, but it’s a bad photo.

Yes, part of the reason restaurants are banning food photography is because of the distraction element. But, there’s likely another reason: They want their food to look good. Taking an ugly cell phone shot of a complex plate in a dark restaurant is less than ideal. So, when you share that photo with the world, their food ends up looking bad. You could attach a caption like, “Best steak ever!” but if the picture makes your beef look like dog food, it’s still not going to be good for business. It also makes you look like a bad photographer.

Editing before sharing is a problem that reigns in the world of mobile photography. Every photo goes online, even when it’s bad. It’s certainly understandable to want to remember an amazing meal, but you don’t necessarily have to share each one with all your friends. After all, how many bad jokes have you heard about Instagram being cluttered with food photos? Probably plenty and there’s a good reason for that.

The table is a dangerous place for delicate electronics. But more importantly, keeping your camera on the table is a far worse offense than putting your elbows there. Not only does it take up space meant for eating, but it’s also a distraction. It’s even worse if it’s your smartphone and it proceeds to vibrate and light up throughout the meal.

Not only will this make you more courteous, but it will also help prevent you from accidentally leaving it sitting on the able or on the seat next to you.

**
This definitely doesn’t have to be on the internet right now.

Instagram and services like that make it seem like you need to share everything immediately, but it’s simply not true. Take your food picture, then leave it on the camera and share it later. The light from your screen will be less intrusive and you won’t need to rudely stare at your phone ignoring the rest of the people you’re with. This isn’t limited to smartphone users, either. Tons of cameras have built-in WiFi now, but resist the urge to sign on and share. There’s plenty of time for that later.

7. Keep your camera bag out of the way

While a smartphone fits nicely into a pocket, serious cameras often require serious bags that take up lots of space. Checking a bag full of expensive gear can be stressful and setting it on the floor could end up tripping someone. So, your best bet is just to plan ahead and bring the smallest bag possible. If you can comfortably wear it without encroaching on the space of the diner next to you, that’s a fine solution. Or, if you have to, make sure it’s placed entirely under the table where no one could possibly step on it.

8. Kill them with kindness

So, what if you’re being as courteous as possible when taking your photo and the restaurant still tells you you’re not allowed to shoot? For some people, the next step is to make a scene, but that’s often not the best course of action. Be sure to keep an eye out for signs posted forbidding photography. If the rule is right there in front of you, your argument isn’t going to be nearly as effective.

If you’re truly offended by their photographic restrictions, kindly ask for a manager and calmly explain your viewpoint. It is, after all, a private establishment and they make the rules. Vow to never eat there again and feel free to tell your friends to do the same. Mention it in any online reviews that you might be writing, but by making a scene, you’ll only be furthering the idea that photographers are jerks and that’s not good for anybody.

9. Don’t include other diners

Many people hate having their picture taken and there are few things as unflattering in a photo as a mouthful of food. So, having a camera pointed at you while you’re eating is the worst. In order to make food look as good as it can, you should likely be photographing it from an angle at which you’d see it if you were sitting down to eat. This will also help ensure that people around you don’t think you’re shooting in their direction. Keep your camera on your own plate.

Obviously, we support people taking pictures all the time. But, photographers are still people and we exist in the world. If taking a picture seems wildly inappropriate or like it will bother people, it’s ultimately up to you whether or not that shot is worth it. If you’re at a fast food joint, no one is going to care if you use your flash. If you’re the only people in the restaurant, your lit-up screen probably isn’t bothering anyone. So use your judgment and don’t ruin it for the rest of us.