This week is full of insane virtual reality camera rigs 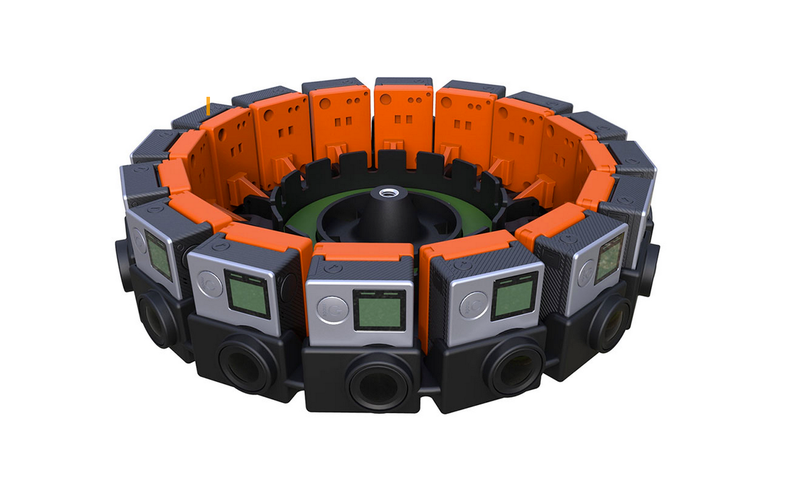 I guess this is the week for wacky multiple GoPro rigs. Jump is a new technology from Google that uses a ring of 16 GoPro cameras oriented vertically so it can stitch together the footage and make truly immersive 360-degree panoramas.

The system is part of Google’s new concentration on Virtual Reality, which works in concert with their new Cardboard image viewer. Using the 16 GoPros, jump can capture a full circle around the subject that can be viewed in 3D.

The Jump platform is actually a software solution meant to automatically stitch together that massive amount of footage in a seamless way, giving the final output the total resolution of roughly five 4K TVs playing at the same time.

This kind of thing might seem outlandish for users who are more used to standard still or even traditional video shooting, but as stuff like this gets more accessible, it’s going to give shooters more and more options to try and capture scenes in unique ways.

The system will work with Youtube (which is also owned by Google, so it’s not much of a surprise) and should make playback relatively accessible right away.

Of course, while Cardboard is designed to be a very cheap viewing solution, the Jump Ring of GoPro cameras will certainly not be cheap. In fact, the cameras alone will run you roughly $8,000. Still, this is a very interesting opening phase for virtual reality capture. I’m excited to see where it goes.