Leica's new rangefinder is the first with its "Triple Resolution" sensor tech. 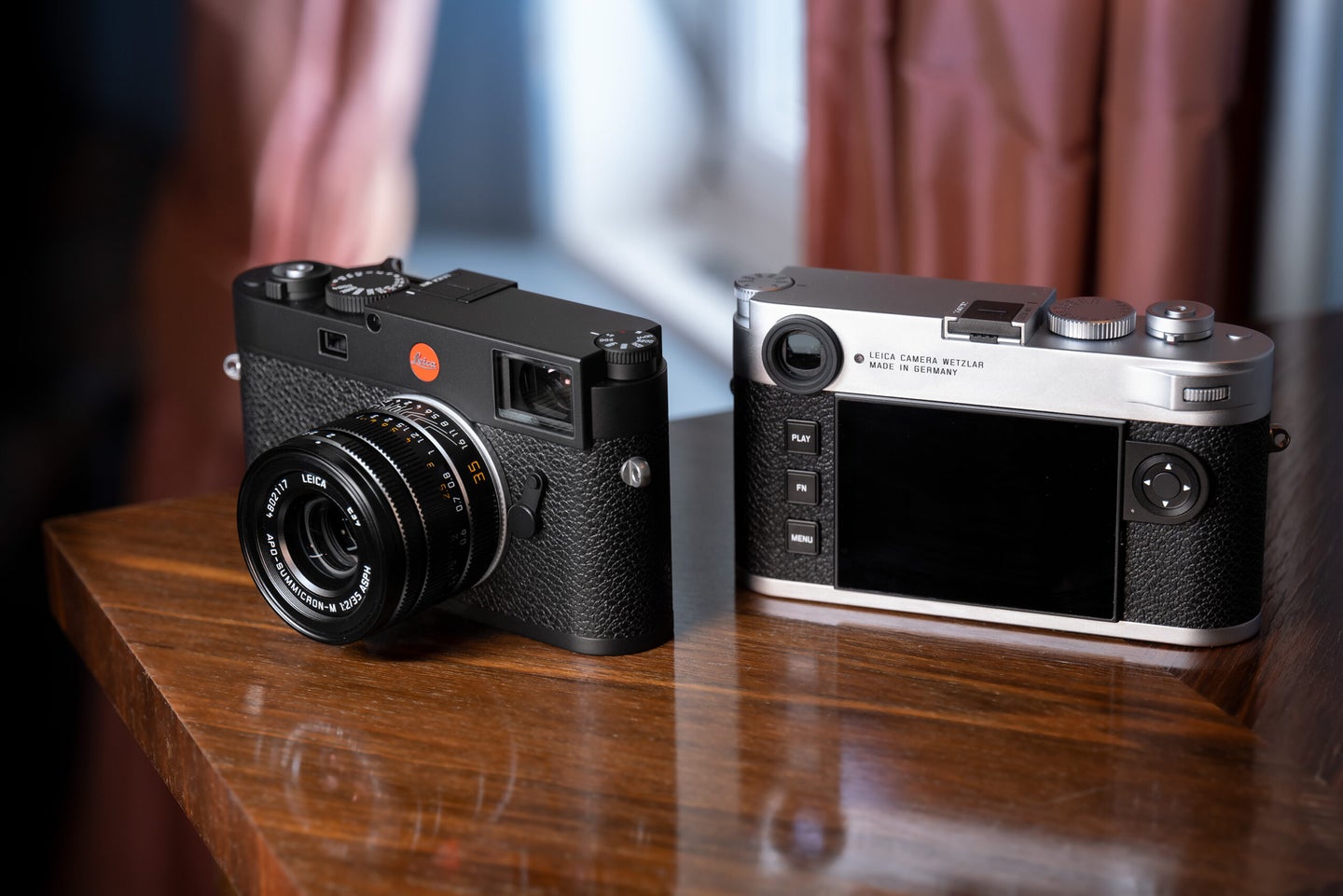 It comes in both black and silver. Leica
SHARE

Believe it or not, the Leica M11 rangefinder looks a lot like the M10 that came before it. In fact, in true Leica fashion, the M11 embodies the same basic design sensibility the company started way back in the 1950s with its original M-mount rangefinders. Inside, however, Leica’s newest camera offers a few notable upgrades, which should make it formidable—even compared to the M10, which debuted back in 2017.

The sensor represents the biggest leap forward for the Leica M11. It’s a full-frame, backside-illuminated chip with a total of 60 megapixels. However, it can capture full-res JPEGs and DNG raw files at either 60, 36, or 18 megapixels, while still offering full sensor coverage. Because the camera still utilizes all those pixels to capture data, the smaller files can offer advantages like improved dynamic range.

In addition to the electronics, Leica has improved the other physical components involved with the sensor. New extra-thin infrared and ultraviolet cut filters promise better performance when dealing with rays that hit the sensor at extremely shallow angles. Leica also claims it has improved the color filter array that sits above the photoreceptors for more natural color reproduction. That was already a Leica strong suit, so I’m curious to see what that means in the real world.

Paired with the sensor, the new Maestro III image processor gives the M11 an ISO range of 64 to 50,000 with 14-bit color and dynamic range up to 15 stops. That maintains the maximum ISO from the M10, but drops the minimum down from 100. Even with the same top-end ISO setting, I expect better overall low-light performance from a sensor that’s nearly five years newer in the M11, especially paired with a more powerful processor.

While this isn’t a total redesign (and we don’t ever truly expect one in the M series), there are some notable changes. Perhaps the biggest: The M11 ditches the familiar bottom plate, which used to run all the way across the camera going all the way back to the film days. Now, the M11 sports a more modern battery and memory card door.

Leica offers two M11 color options: black-and-chrome and all-black. In addition to the aesthetic value, the black version’s aluminum top section makes it lighter (1.17 pounds) than the silver-and-chrome version, which opts for a familiar brass (1.4 pounds).

The new 1,800 mAh battery pack promises 64 percent more capacity than the previous model, and it can charge via a USB-C port directly on the camera. You get 64 GB of built-in storage without an SD card, and the 3-inch touchscreen stays the same size but bumps the resolution up to 2.3 million pixels from just around a million in the M10.

As you might expect, the Leica M11 carries on the tradition of premium pricing. You can currently pre-order it for roughly $9,000 in the US (all-black here and black-and-chrome here), and it should ship in the second half of 2022. If you want one, though, I’d suggest making that pre-order now: Leica doesn’t make huge batches of these things to begin with, so with the supply chain issues still looming, they might be tough to get once they start rolling off the line.