We spent some time with Leica's just announced M10 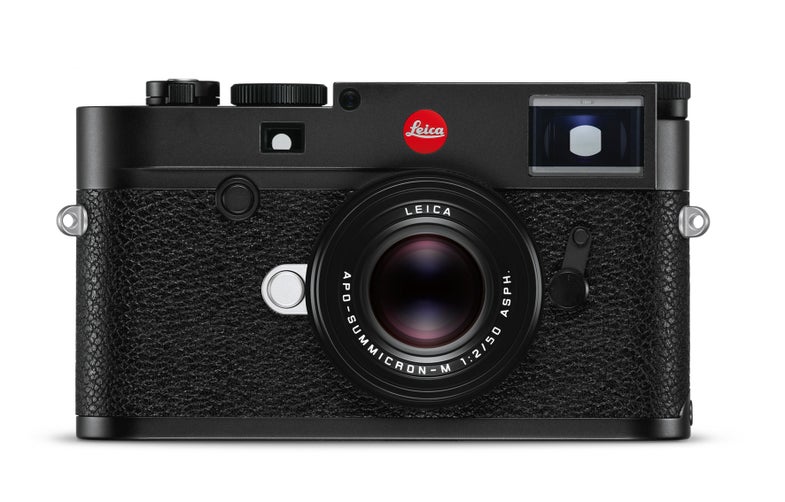 While Leica shooters were certainly happy when the M Typ 240 was released a couple of years ago, some noticed that it’s a tad thicker than the company’s film cameras. We didn’t find that a hindrance when we spent time with the camera, but sometimes such a subtlety doesn’t leap out at you until you spend time with the alternative. Sized the same as the company’s film cameras, the newly announced Leica M10 doesn’t raise the pixel count compared to the Typ 240, but with its newly designed 24MP sensor sensitivity now reaches up to ISO 50,000, up from 6400 in the previous model.

The actual rangefinder used to frame your images also got an upgrade with the M10. About 30 percent larger than the M Typ 240’s and with a 0.73X magnification and slightly better eye relief, bespectacled shooters will probably find the M10 a little easier to use with wide lenses. If you’ve found yourself angling your head a tiny bit to check your frame lines on a lens when using an older digital Leica, you probably won’t have to with the M10. Our brief hands on time with a sample of the new body running beta firmware was spent entirely shooting with the Summilux-M 35mm f/1.4 Asph because that’s what Leica supplied and we’re not lucky enough to have a stash of Leica glass laying around.

The camera handles very nicely. There’s a comfortable place to rest your thumb on the camera back, similar to the Typ 240, but there are fewer buttons on the back of the camera. Only the Live View, Play, and Menu buttons remain to the left of the 3-inch Gorilla Glass-clad LCD screen. The ability to delete is now taken care of as an option during playback by pressing the menu button when an image is displayed, while ISO gets its own dial atop the camera on the left. While not angled the way the M7’s film rewind knob is, we did immediately understand the loose design reference implied in its location. The knob must be lifted up to change the setting. We found this a tad awkward at first, but by the end of the first shooting session it became second nature. Sadly, the small size of the dial doesn’t allow for all of the ISOs to be on the dial. Instead there is an M setting when you pass 6400 that can be set to any available ISO above ISO 6400. You change what that sensitivity is in the menus. It will remain to be seen how dedicated Leica shooters will feels about this, but it didn’t bother us too much as we didn’t feel the need to go above ISO 6400 all too often. We mostly got away with leaving the M set to either 12,500 or 25,000 and didn’t worry too much about it. If you really need to switch amongst the highest ISOs, you can set the upper limit of the auto ISO to ISO 50,000 and dial in a minimum shutter speed that forces it up where you need it.

The burst speed clocks in at 5fps, which feels fast for a rangefinder. You can capture more than 100 JPEGs per burst or 30 DNGs or DNG+JPEGs before the buffer fills. WiFi is built in so you can trigger the camera remotely or transfer images to your smart device and share with friends immediately. The optional Visoflex 2.4MP EVF adds an electronic framing option, should you decide you want that, along with GPS. Focus peaking and focus magnification are on hand should you eschew the rangefinder so lovingly built into this rangefinder camera body. Meanwhile, that body is splashproof and boasts a magnesium-alloy chassis and the top and bottom plates are milled out of solid pieces of brass. In case you’re wondering, no– it doesn’t shoot video, and we don’t mind.

The new M10 will be available starting tomorrow, so there should be at least one in your local Leica store should you want to get your own hands on it. If you end up enamored you’ll have to part with $6,595 to take one home with you (if the first batch isn’t sold out yet). Meanwhile, here are some images we captured with the L10…