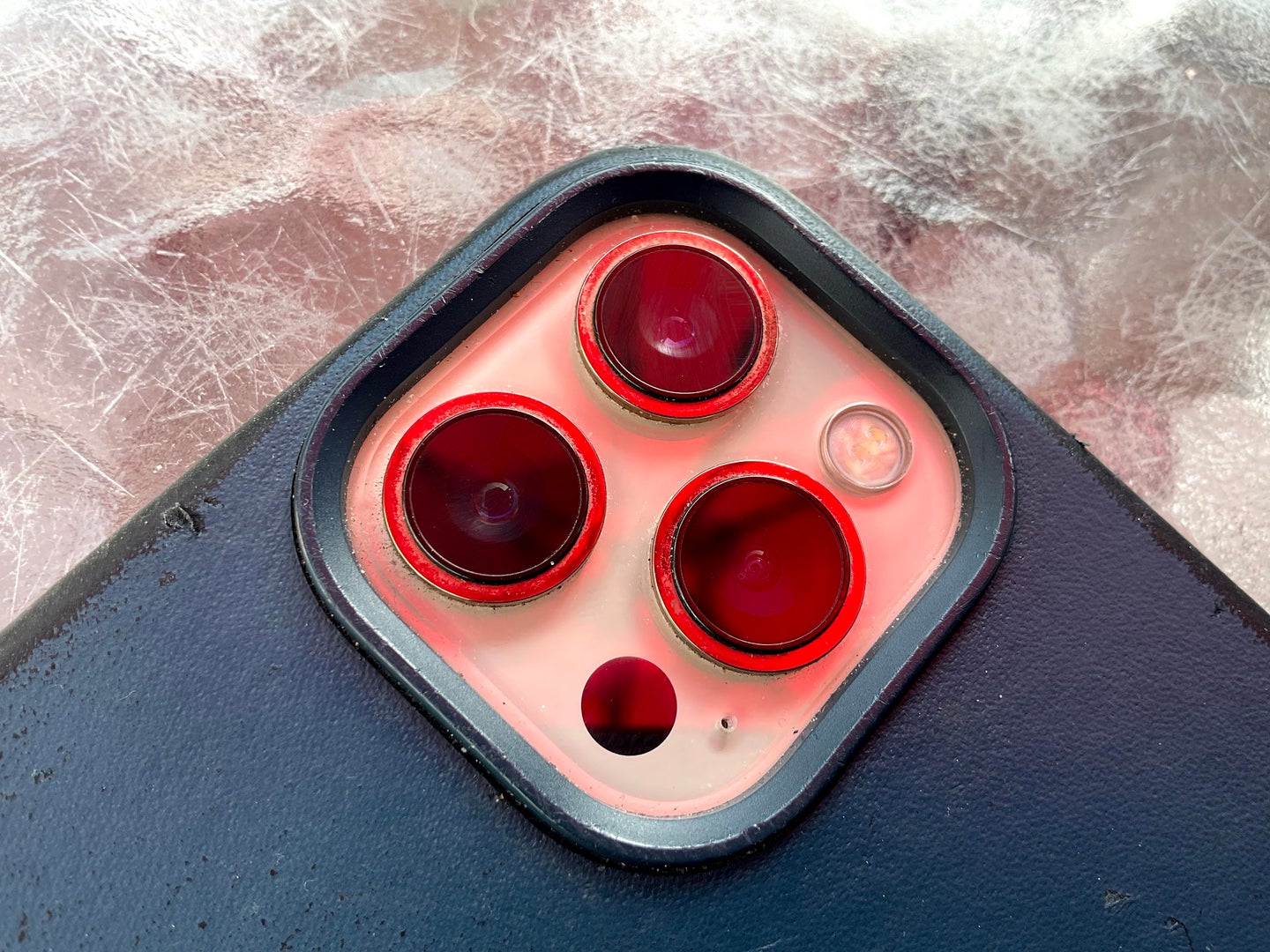 Have you looked at your smartphone camera lens lately? It takes a beating. Stan Horaczek
SHARE

The camera modules on the backs of our smartphones are getting bigger all the time. The lenses on the back of my iPhone 12 Pro Max dwarf those that appeared on phones just a few years ago. More surface lens surface area leaves more room for scratches that can really mess up your photos. Now, Corning has expanded its Gorilla Glass materials into the smartphone camera arena. Its new Gorilla Glass with DX and Gorilla Glass with DX+ materials will start rolling out to smartphones this year. It will start with some upcoming Samsung devices.

When it comes to camera lenses and the glass used to make them, reflections are bad. As light moves through the glass elements inside a lens, some of it gets reflected off the surface in the wrong direction. This can coss several problems.

First, you’re missing out on light that could otherwise make its way to the sensor to help take the picture. According to Corning, typical glass smartphone camera covers can lose up to 8 percent of the incoming light before it gets to the chip. That number represents the loss that comes from extra-tough sapphire crystals—regular glass elements typically lose a bit less. Still, it’s not an insignificant amount.

In the cinema industry, lenses often refer to T-stops instead of F-stops. A T number takes into account the amount of light that gets lost while coming through the lens in order to help dial in exact exposures. F numbers ignore the loss.

In order to combat that light loss, companies typically treat lenses with anti-reflective coatings. They work, but they’re also not nearly as hard or scratch-resistant as the glass itself. Once those coatings scratch, they introduce an entirely new set of problems to your images.

Despite the tough nature of the material, it transmits 98 percent of the incoming light directly through to the elements behind it.

Corning has been using some form of the DX formulation since back in 2016 when it started showing up in some smart watches. People often look at their watches under less-than-ideal lighting situations.

The company is famously tight-lipped about the specific formulations it uses in its materials, there are some differences between the Gorilla Glass you’ll find in a phone screen or on a smat watch and the kind that will soon grace the front of smartphone cameras lenses. Smartphone glass needs to handle various wavelengths of light differently in order to not mess up the image capture process.

While the company is focusing on smartphone applications for now, the material isn’t limited strictly to tiny sizes. Filter makers like Tiffen already offer anti-reflective, super-hardened protective lens filters for more in-depth photography applications. If you’re looking for some burly lens protection right now, here are some options that are currently on the market.