As of today, there are roughly 20 first-party Canon DSLR lenses available for immediate purchase in the US market. 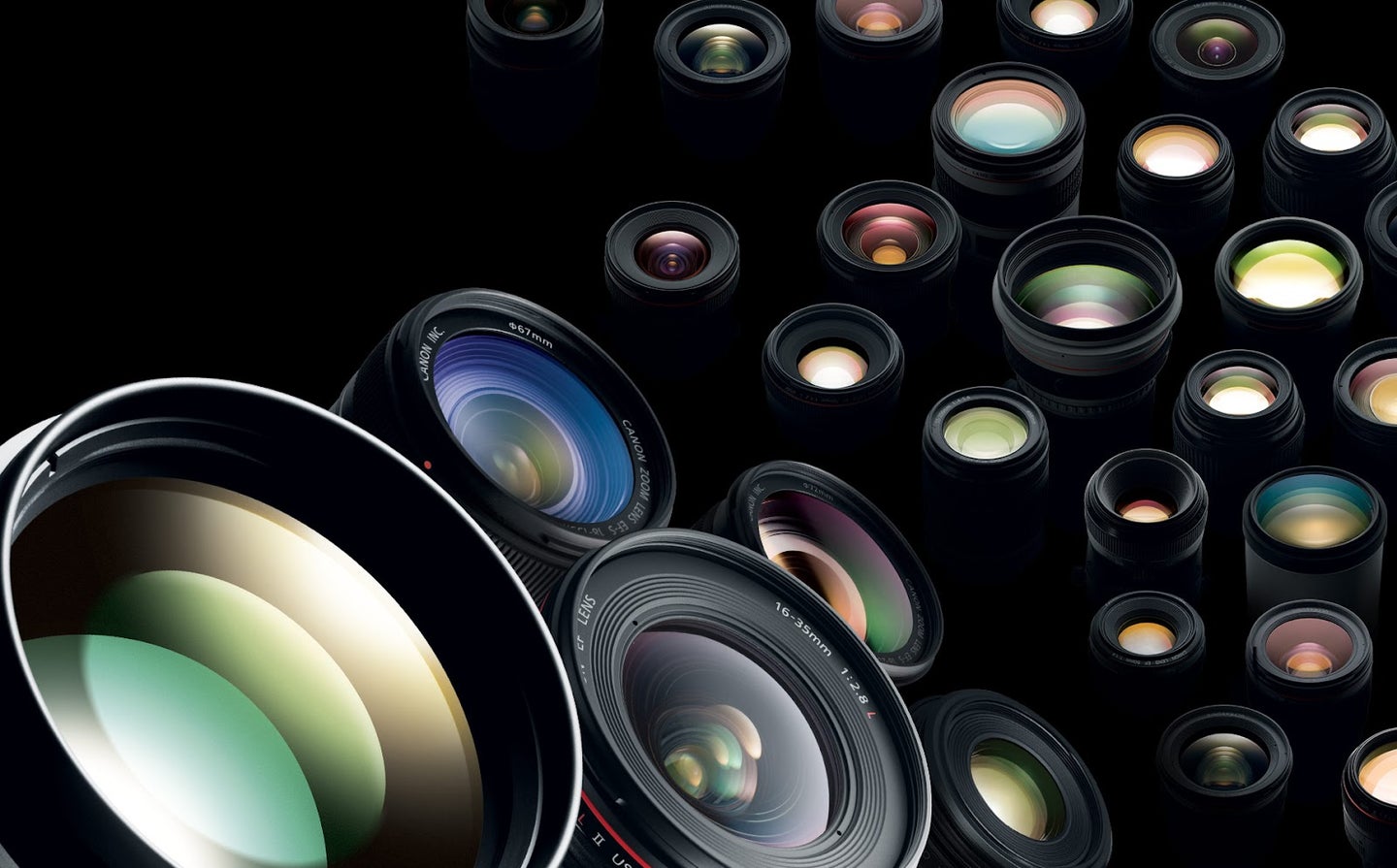 Canon has already discontinued at least a third of its DSLR lens lineup in the US market. Canon
SHARE

Over the past decade, there’s been a nearly industry-wide shift away from DSLR cameras to mirrorless models. Thanks to their less complex mechanical design, which forgoes the clunky reflex mirror, mirrorless cameras are less expensive to design and manufacture. They also bring benefits like real-time exposure previews, swifter performance, better autofocus, and more AI smarts.

But the tradeoff of this shift also means fewer folks are buying DSLR lenses, and as a result, brands are scaling back production. Canon, for instance, just discontinued roughly a third of its EF-mount lineup in the US market, and actual retail availability in the US is even more limited.

Only nine Canon EF primes are available in Japan

This story bubbled to the surface a week or so ago on the back of a tweet by Kimio Tanaka, a Japanese automotive photographer, and author. Tanaka-san’s tweet compares two screenshots taken just five weeks apart, showing Canon Japan’s EF-mount prime lens lineup.

In the first screenshot, no less than ten of 21 available lens models are shown as being in “short supply.” Five weeks later, all ten have vanished along with two further models for good measure, leaving a selection of just nine DSLR primes remaining. (And they’re almost entirely Canon L glass, suggesting that demand for consumer-grade DSLR primes has fallen off a cliff.)

Of course, Tanaka-san’s information is specific to the Japanese market and the situation differs globally. With that being the case, we rolled our sleeves up and did some digging. As of now, in the US market, Canon claims far more products to be current than does its Japanese website. Presently, the company says that some 27 EF-mount zoom lenses and 31 primes are available for purchase, including 7 specialized primes (tilt-shifts, macros, etc.).

To get a sense of how the situation has been changing over time, we took a look back and compared the company’s current lens offerings to past offerings, recorded prior to two particularly salient moments. The first was the introduction of Canon’s mirrorless RF lens mount in 2018, and the second was the start of the Covid-19 pandemic. Helpfully, Archive.org archived Canon’s lens lineup just a few months prior to both events in April 2018 and October 2019, respectively.

Five months prior to the RF-mount’s debut, Canon listed a whopping 40 zooms and 46 primes, as well as two EF-mount teleconverters. And 18 months later, at the start of the Covid-19 pandemic, a few lenses had been dropped from the list, but the debut of some others meant that overall, the situation still remained pretty static. A total of 38 zooms, 44 primes, and two teleconverters were listed on Canon’s site at that point.

Compare that to today and the difference is stark. Based on the available products listed by Canon USA, the number of DSLR-oriented zooms and primes has now fallen by around one-third since the arrival of the RF-mount, and most of that has happened in just the past 18 months.

Even just taking Canon’s info at face value, it’s pretty obvious that the brand has been working to wind down its DSLR lens line. (But of course, it has to do so while trying not to scare off its remaining DSLR customers in the process).

The situation at retail tells a rather different story

And the scope of the drawback is only reinforced if you take a look at the situation in retail. Of the 27 zooms and 31 primes listed as currently available by Canon, a further seven zooms and seven primes are no longer listed at all by authorized dealer Adorama. And among those it does still list, another seven zooms and 17 primes are now only available as back ordered items which will only be delivered when (or if) stock becomes available.

That leaves just 13 first-party zooms and seven primes available for immediate purchase by Canon’s remaining DSLR shooters in the US market. Of course, stock for any given model could come back even without further production. (And to prove that point, we found a few lens models that vanished from Canon’s site in the 2018 archive, but which had returned again when archived 18 months later). Additionally, any unsold stock could also potentially be shifted between markets to maximize Canon’s returns.

If you’re planning to buy, strike while the iron’s still there

In all, these are the only Canon DSLR lens models that you can buy new from Adorama today. If you plan on doing so, you’d be well advised to make haste or prepare yourself for a second-hand ownership adventure!