It probably won't show up in iPhone 13, but Apple's periscope camera patent could be big news for the iPhone's telephoto capabilities. 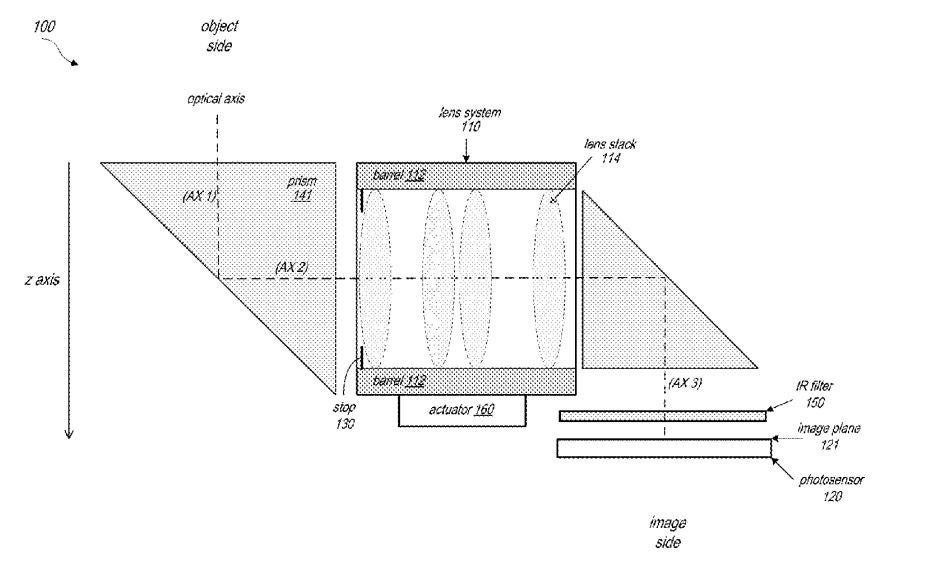 There's more room for glass in the body of a phone. Patently Apple
SHARE

Apple recently applied for and received a patent for a folded camera.” Its take on a periscope lens system could potentially bring a proper telephoto lens to a future iPhone. Like with many technologies (5G, 120 Hz screens, OLED displays, etc), Apple is a little behind the curve but is sure to make a splash if they do bring something to market.

What is a periscope lens anyway?

Modern smartphone cameras are pretty good, but they still fall short in a few ways compared to compact cameras, DSLRs, and mirrorless cameras. One of the big ones is optical image magnification.

Lenses capable of magnifying far off objects need a certain amount of distance between the front and rear lens elements. The more magnification and the wider the aperture, the greater that distance has to be. This is why sports and wildlife photographers haul around such over-sized telephoto lenses. Those massive glass cannons provide the  magnification, narrow angle of view, and image quality they need. And, while there are ways for lens companies to compress the size of telephoto lenses by adding extra internal optical elements, even small teles measure much longer than the thickness of a smartphone.

Periscope lenses side-step the problem with clever design. Instead of stacking lens elements between the front of the lens and the sensor, a periscope lens uses a prism to turn everything 90º. This means that the lens elements can be arranged vertically or horizontally. Instead of being limited by the thickness of the smartphone, the limit is the body of the phone itself. Of course, expense and component size still come into play.

How is Apple’s “folded camera” different?

Apple, though, hasn’t patented a periscope lens—it has patented a “folded camera”. Instead of using a single prism to redirect light, it uses two prisms. This arrangement allows the sensor to remain parallel to the device itself rather than running perpindicular to it.

In reality, these kinds of technical quibbles are highly unlikely to make much difference to regular iPhone users like you and me. The important bit is that the setup offers a way to cram longer focal length lenses into an iPhone without making it drastically thicker.

When will we see an iPhone with a periscope lens?

The iPhone 13 lineup should debut this fall, however all the rumors suggest it’ll be an iterative upgrade to the iPhone 12—and won’t have a periscope or folded camera. Apple has obviously sprung surprises in the past, but completely revamping the camera system to the one of most popular phones in the world would be a pretty big one to pull off.

Instead, 2023 looks more likely—at least according to renown Apple analyst Ming-Chi Kuo. He initially suggested it might appear in 2022, however it seems his contacts in Apple’s Asian supply chain now suggest otherwise.

Apple could, of course, surprise everyone by not adding a telephoto system for another few years yet. That, however, would leave its smartphone camera performance lagging even further behind rivals like Samsung and Google.