Swift growth is predicted to continue for the fledgling full-frame mirrorless system as Canon aims for market dominance. 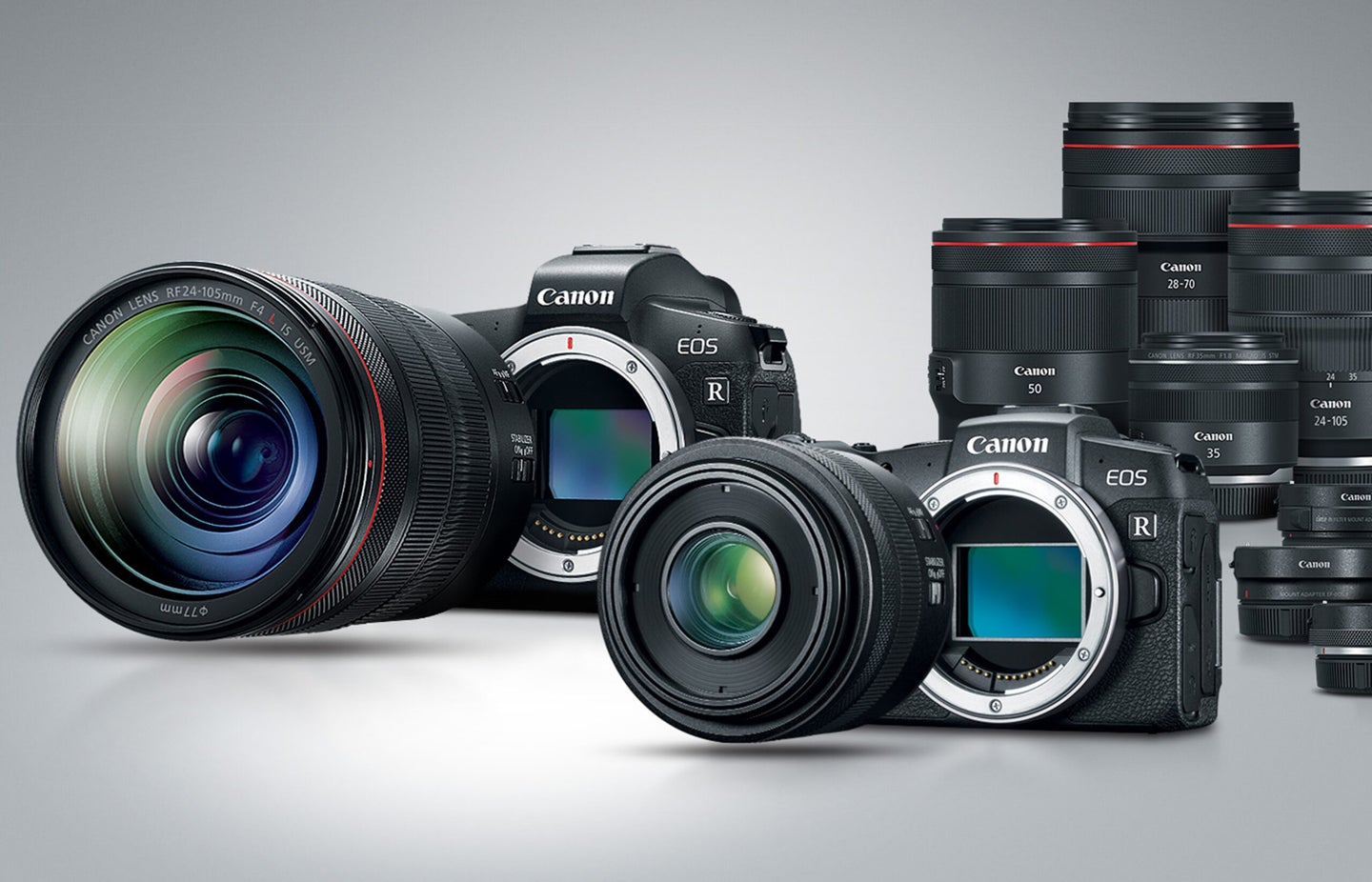 The RF lens line should more than double by the end of 2025. Canon
SHARE

Since March 2017, Canon has hosted an annual corporate strategy conference at which it updates investors both on its market performance in the previous year, as well as its achievements in following its corporate plan.

It’s not only investors whose ears will be perking up this time around, though, as Canon’s presentation materials detail a bold strategy for its fledgling full-frame RF mirrorless lens mount. Over the next four years, the company suggests it is planning to more than double the number of lens models available to RF-mount shooters, adding 32 new options by the end of 2025.

Last year, Canon’s RF-mount lens lineup grew by about half, gaining eight new models in all. And it seems we can expect a similar rate of growth to continue for the next few years, according to one slide which indicates Canon’s intent to “expand [the] lens lineup at [the] same pace.”

At the rate of an additional eight lenses per year, we can expect Canon to pass the 50-lens mark by the end of 2024 and reach around 58 RF-mount lenses by the end of its projection in 2025. In a speech accompanying the presentation, Canon chairman and CEO, Fujio Mitarai, also pledged to make Canon the mirrorless market leader with an expanded product lineup and production improvements.

The company clearly sees an opportunity to deliver, noting that there is strong demand from pros and advanced amateurs, even as sales of lower-end cameras continue to fall. The latter is largely responsible for the overall market contraction we’ve been seeing for some years now. Canon does say it sees the market starting to bottom out though, suggesting that the worst could now be behind us.

Other areas of growth

As well as fighting in the mirrorless arena, Canon’s Imaging Group also makes network cameras and says that while it saw a brief contraction in sales due to COVID-19, it has quickly returned to profitability in this area. The division also continues to seek out new market niches both in the consumer and B2B space that it can address with new product lines.

For consumers, these concepts have included the Ivy Rec outdoor camera and PowerShot Zoom Monocular that have already reached the market, as well as the PowerShot Pick tracking camera recently shown as a concept at the 2022 Consumer Electronics Show. In the B2B space, Canon has delivered its EOS VR system for creation of VR video content, increased its IP remote camera lineup, and is expecting to start mass-producing its ultra-sensitive SPAD color sensors by year’s end.

For Canon’s office and home printing division, meanwhile, there’s sadly no breakdown given for specific product segments nor any teasers of future products. Canon does, however, say that the division beat its pre-covid 2019 sales figures last year. And perhaps even more impressively, given the effects of both COVID-19 and chip shortages, it also says it managed to do the same for the company as a whole, and by what it terms a “significant” margin.

Mitarai puts these improved profits down to recent reforms which, he says, have had an even greater-than-expected impact on Canon’s bottom line. That the business is showing health even in these difficult times is great news for both photographers and Canon alike. That’s doubly true if the bottom really is in sight for consumer cameras, giving Canon and its rivals a more stable market in which to do business.

And if you’re an RF-mount shooter, the icing on the cake is that you’ve now got several years of exciting new product launches to look forward to!