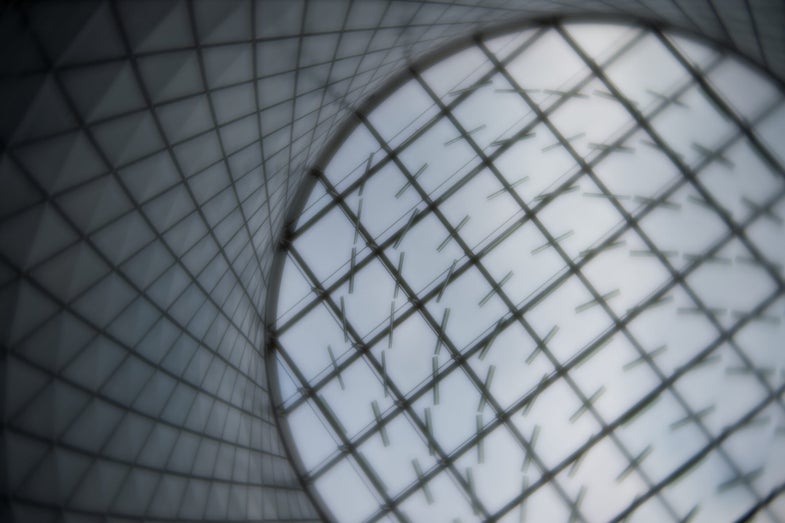 This morning Lensbaby announced their latest stand-alone lens, the Velvet 56, adding to its growing stable of lenses that are independent from the company’s optic swap system. The Velvet 56 is a 56mm f/1.6 intended to be a portrait lens. The surprises come in the form of a uniquely hazy look at the largest apertures and an ability to focus as close as 5 inches from the front element with a maximum magnification of 1:2, putting it on par with lenses marketed as dedicated macro lenses.

According to the company, the Velvet 56 was designed with classic, mid-20th century portrait lenses in mind. As such, it has a metal lens barrel with a smooth, well-damped manual focus action. The Velvet 56 has a long turning radius from near to far focus giving it plenty of fine-focus control. We also found that when we used it with the electronic rangefinder feature of the Nikon D4s, the camera consistently told us it was in focus, when it was really wasn’t. Since there is no communication between the camera and the lens, you can’t really blame the Velvet 56 for this, but we warn you to be aware of this if you’re a Nikon shooter. We suggest bracketing your focus when first using the lens to get used to looking through the haze when shooting with the lens wide open.

The aperture range covers f/1.6 through f/16 with click stops at all the standard whole-stop apertures. We found the detents on the click stops to be a bit light and actually skipped over f/2 a few times. The dreamy soft focus effect is at its most pronounced with the lens wide open at f/1.6, though it remains prominent through f2.8. By the time you reach f/4 the effect is relatively minimized. At those widest apertures, the bokeh of the Velvet 56 is unlike anything we’ve seen before.

The Velvet 56 will come in both a black finish and a silver finish that Lensbaby is calling the Velvet SE. At launch they will be available in Canon, Nikon, Pentax, and Sony A mounts. Mounts for Fuji X, Micro Four Thirds, Samsung NX, and Sony E systems are expected in early May 2015. These ILC versions will come with a lens hood while the DSLR versions will not. The black version of the Velvet 56 is expected to cost $500, while the Velvet SE is expected to cost $600. The Velvet 56 will be available to order starting April 13, 2015.

As mentioned, we conducted our field-testing of the Velvet 56 using the Nikon D4s. The images in the accompanying slideshow were converted from RAW files into TIFFs using the latest version of Adobe Raw Converter in Adobe Photoshop CC. Adjustments were made for exposure, white balance, contrast, noise reduction, sharpness, and highlight and shadow detail. They were then converted to JPEGs for the purpose of posting to the web.