A new line of bags designed specifically for your mirrorless gear 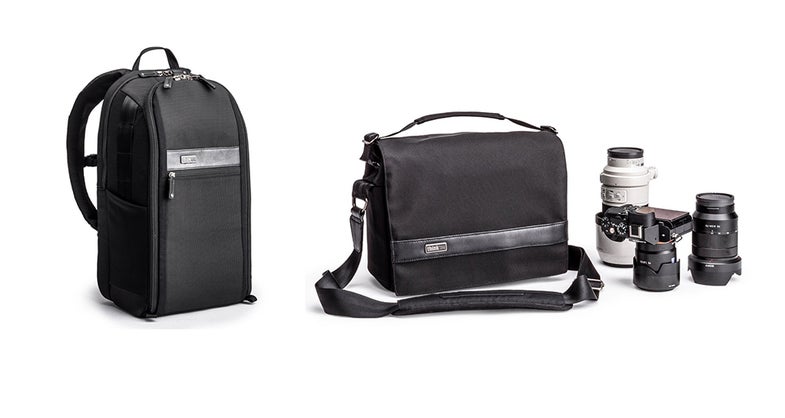 This April Think Tank will be releasing two new bag designs created specifically with mirrorless camera users in mind. The Urban Approach line features a shoulder bag and what looks to be a low-profile backpack—the first designed to hold a complete mirror less system and a 15” laptop.

According to the company, the water-resistant Urban Approach 15 backpack will hold one or two mirrorless bodies with lens attached and between five to eight additional lenses. There is a dedicated zipper sleeve for laptops or tablets and a smaller front pocket to stash spare batteries, cell phone, keys and your wallet. The backpack will cost $169 when released.

If you’re looking for a more compact way to stash things like your spare cards and batteries, Think Tank has an additional product coming in April. The CF/SD + Battery Compact Wallet is one of the smallest card wallets we’ve seen, designed to hold a single card and battery, because sometimes more space isn’t actually the answer. The tiny wallet has a loop so you can attach it to something within your bag so it doesn’t get lost among your things. This handy compact wallet will only be $9.99 when it is released in April.