A supremely tiny package full of SSD storage from Samsung 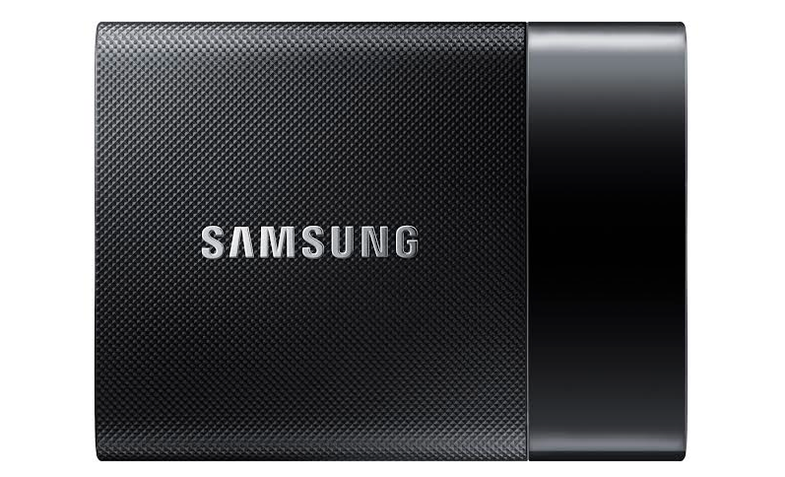 The T1 comes in three different storage flavors, including 250 GB, 500 GB, and a full TB. Because it’s buitl around solid state storage, it’s extremely fast, claiming up to 450 MB/sec. In their real-world numbers, they’re claiming they can transfer a 3 GB movie file over USB 3.0 in about eight seconds, which is, in fact, pretty fast.

It has 256-bit AES encryption, so if you lose it, it’s tougher to break into, and because there are no moving pieces like there are in a hard drive, it’s also much more resistant to things like impacts. On top of that, the whole thing is extremely small, even when compared to slim hard drives and weighs just 30 grams, which is roughly one ounce.

Of course, all those advantages come at a price and the 250 GB version starts around $180 and the prices obviously go up from there. Still, this little drive does seem to have a lot going for it. Look for a real-world picture of it looking tiny in my enormous yeti hand later from the show floor.