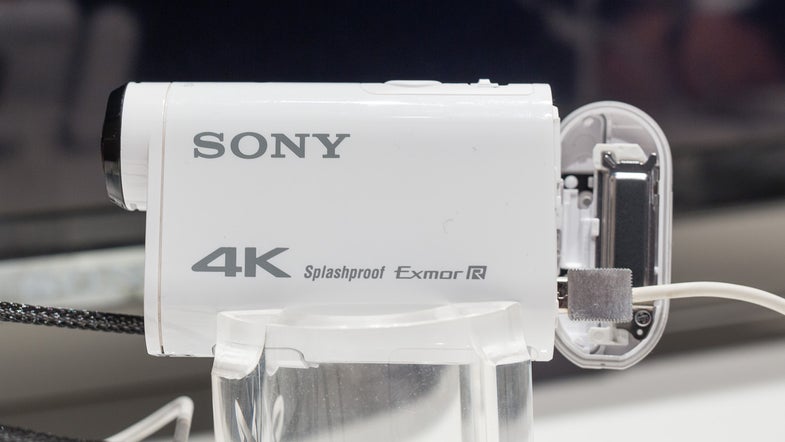 4K video and displays were a big deal at last year’s CES, but at the time there weren’t a ton of cameras on the market that could actually capture such high quality video. But with the announcement of two new 4K cameras from Sony at this year’s show, that seems to be changing.

The X100V Action Cam ($500) aims to give GoPro a competitor in the action cam market. The X100V features 4K quality, a stereo mic with wind noise reduction for better sound and improvements in steady shot—a helpful feature when the camera is strapped to a helmet or board.