You're going to need a data plan and lots of data 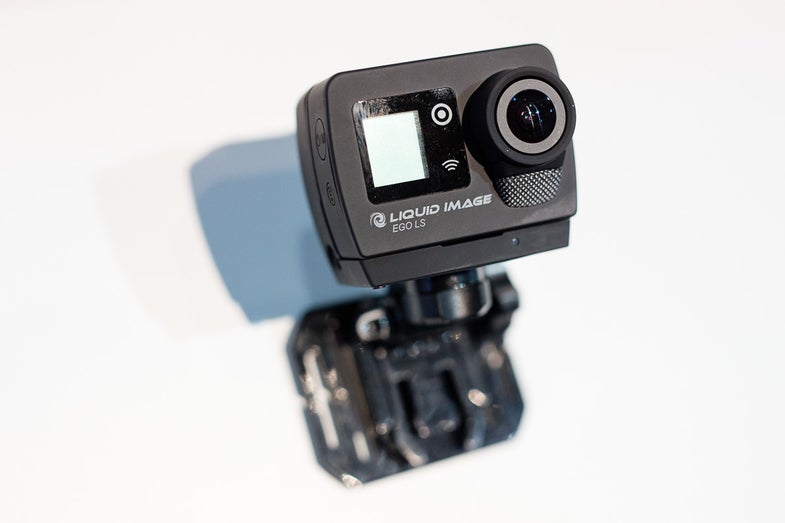 This connected action camera actually has Verizon 4G data built-in, so you can stream your action camera antics without having to connect it to your smartphone. Of course, it will need its own data plan, so serious streamers only. Stan Horaczek
SHARE

Liquid Image has been working on the Ego LS camera for a while now, but they’re officially launching it here at CES 2015 and it’s ready to stream HD video over the Verizon 4G mobile data network.

The Ego LS has a ton of wireless connections built in. It has Wifi, Bluetooth, and even Low Frequency RF, but what makes it a story here at CES is the fact that it can stream over 4G. That means you’ll need to actually get a data plan to go with it if you want to stream from any location. Once you’re in an area with Wifi, you can switch over to that connection without eating into your allotted mobile data.

The camera itself shoots 1080p video at 30fps or 60 fps if you’re willing to drop down to 720p. Other cameras are smashing that mark in terms of overall resolution, but with a camera that’s meant for streaming over a mobile network, massive nitrates and resolutions don’t really make much sense.

The form factor has been changed, so not is takes on a boxier look more like a GoPro. There will be a waterproof case coming down the road for the camera, but it’s not quite ready here at launch.

The camera will start shipping in Q1 of 2015 and will cost $399, which means you will be paying a premium for all that connectivity. Though, since it will need a data plan to take advantage of the 4G streaming, there may be a way to get it at a reduced rate if you’re willing to sign up for service.

Of course, to take that leap you have to be really, really, into streaming if you’re going to be paying a monthly fee.