The Foldio2 Self-Lighting Pop Up Product Photography Studio Is Bigger, Brighter Than Before

A handy, all-in-one solution for quick and dirty product photography 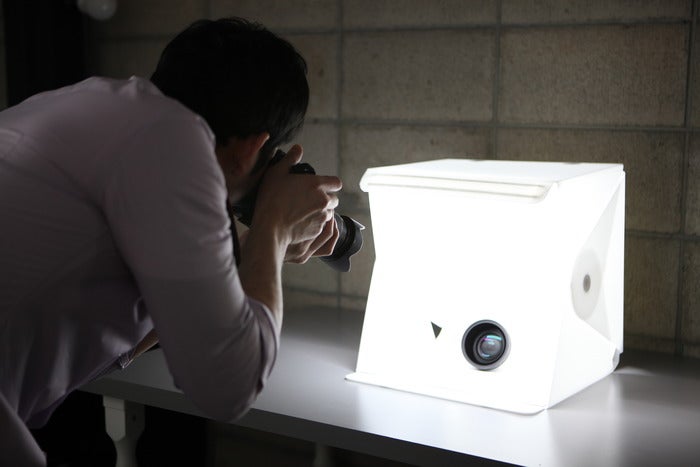 The original Foldio pop-up product photography studio was a smash hit on Kickstarter. It went way past its originally funding goals and now it’s back with a bigger, brighter version in the Foldio2.

The concept is still very simple. The box is made of translucent white material that lets you get a solid white background for simple product shots. The whole thing is lit by dual LED strip lights that are twice was long as the ones found in the first version. That makes sense since the box itself has about twice the volume as the Foldio.

It comes with three backdrop options: white, grey, and black.

Ultimately, the idea is that, when combined with the Foldio app, you can actually use this box to take high-quality product shots using only a smartphone camera, which is something that will likely have great appeal to people who sell a lot of products online.

The results are actually pretty solid, so for $65, it’s might pay for itself in saved time in a hurry. Of course, you could always make your own, but the results are often a little less predictable and durable.