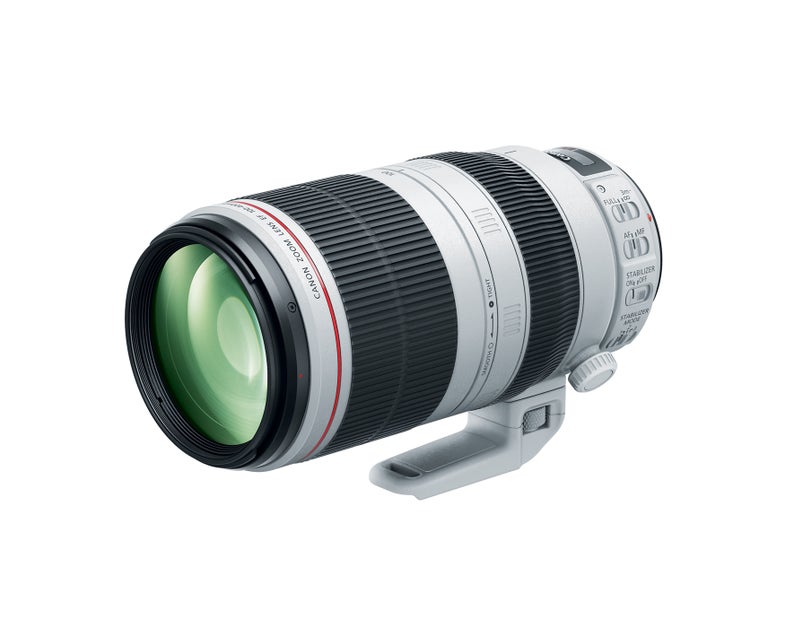 Canon’s original EF 100-400mm L-series zoom lens is something of an icon to a lot of shooters. It was very early in the Image Stabilization movement and it offered excellent image quality with a lot of range and reach. Rumors of a refresh had been circulating for years and now the EF 100-400mm F/4.5-5.6L IS II USM zoom lens has arrived.

Canon claims that this lens is on-par with the best glass in the L-series. It has 21 elements inside, one of which is made of fluorite crystal and one is a super UD element to maintain image quality. There’s also a new coating they’re calling the Air Sphere Coating, which is made specifically for telephoto lenses and fights common troubles like reflections, ghosting, and flare.

Since the original 100-400mm lens used an early version of Canon’s Image Stabilization system, it was only capable of providing about 1.5 stops of shake protection. They claim the new system is capable of going all the way to four extra stops. It also has several different modes, including pan mode, and it can tell when it’s sitting on a tripod so it won’t create the nasty feedback loop some IS-equipped lenses will.

One of the major design differences between the new version and the old is that version II is no longer a push-pull type lens. When you want to zoom, you turn a ring just like you’d expect on a typical zoom lens. The inner barrel extends as you zoom to provide the extra focal length. Canon claims this makes the lens easier to hold because it keeps the center of gravity more consistent, but it also brings the lens in-line with the rest of the L lineup.

It has a magnification ratio of .31x, which is excellent for a telephoto lens like this, and it now focuses down to 3.2-feet, which is close compared to the 6.5-feet in the previous model. They have also cranked up the weather sealing, which makes sense since this lens will likely find it’s way out onto many sports fields and safaris.

The lens will be available in December for $2,200.

With lenses like this one and Sigma’s new 150-600mm monsters, the telephoto space is starting to get very interesting.