Could the days of installing Photoshop be coming to an end? 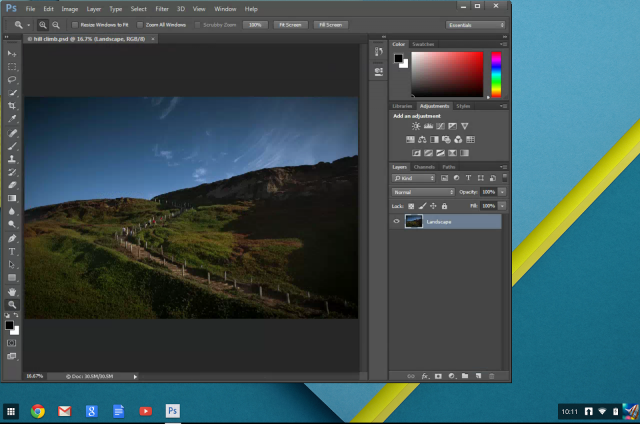 It has become very clear in the past couple years that Adobe would like to have Photoshop and their other editing tools on every possible screen. Now, they’re working on an interesting project that would allow users to use a full version of the Photoshop software right through Google’s Chrome web browser without the need for downloading or installing any programs.

It’s called the Project Photoshop Streaming program and Adobe has already apparently made quite a bit of progress on it. The idea is to give people access to literally all of the Photoshop tools from any computer and use Google Drive as a file system to backup and save files.

Right now, Adobe is just giving the program a shot, but it does feel like something worth pursuing for them. It also seems in line with their Creative Cloud subscription model. After all, it would be giving subscribers something truly new and useful in exchange for subscribing. The Beta is currently only available to some Educational users, but may roll out wider in the futre.

What do you think? Would running Photoshop in a browser be something you would find useful?