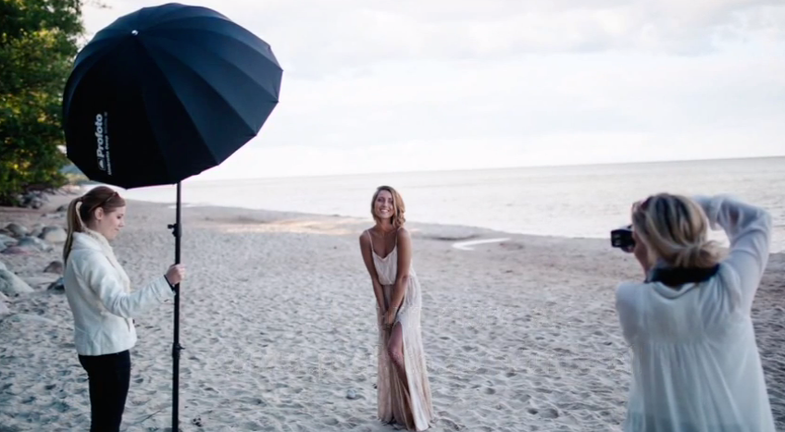 Big umbrellas can be fantastic to work with. They cover wide areas for group shots and they produce a nice, soft light that’s almost always flattering. You don’t always need six-feet of parabolic umbrella, however, and Profoto’s new line of Small and Medium Deep Umbrellas are meant to be more portable.

Despite their smaller size, Profoto’s new umbrellas follow their deep shape, which makes them noticeably more directional than the flatter umbrellas you can buy in bulk at any camera store.

The new options come in a few different flavors. The small-sized umbrellas have a diameter of 33-inches, while the medium ones are 41-inches across. Both sizes come in white, and silver reflective, as well as translucent.

I’ve used the larger ones quite a bit, and they’re extremely good in terms of quality and built. The fiberglass rods are tough and the material is durable. They also come with a rather nice bag that protects the umbrellas themselves.

One of the cool things they’re also doing with their umbrellas is making a variety of diffusion and reflective “socks” available to fit them. The reflective umbrellas get a translucent sock that fits over the opening of the umbrella making it into something of a soft box.

There’s no official pricing just yet, but they are Profoto, so they’ll likely be excellent, but not cheap. If you’re using an umbrella on a lot of shoots, though, investing in a good one will likely be cheaper in the long run if you have to keep replacing those cheap ones.