Canon gives a bump to their most affordable pro cinema camera 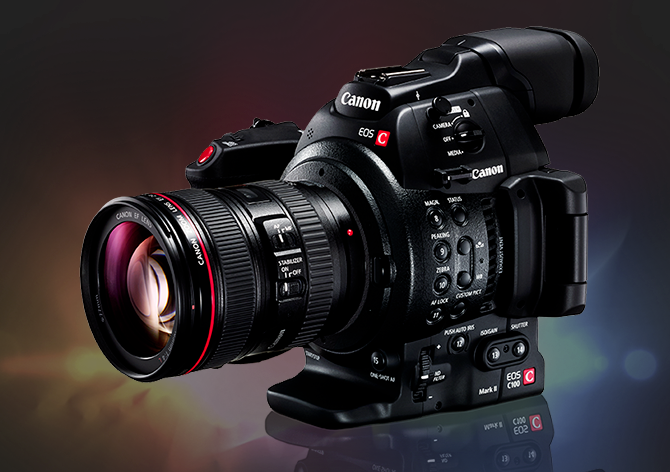 When Canon released the 5D Mark II DSLR, a lot of cinema shooters really appreciated its ability to shoot HD video. We’ve come a long way from those days, though, and now, well, pretty much every camera shoots HD video. Canon, however, has continued to put a fair bit of focus on the motion market, and now they’re announcing the EOS C100 Mark II digital video camera.

As the name suggests, it’s an update to the original C100, which was meant to be a more affordable option to the C300 and C500. The camera uses the Super 35mm sensor and can now be pushed to 1080p at 60 fps in both AVCHD and MP4 mode. They have also added a tilting screen, something many video shooters like in a camera like this.

One thing that’s notably missing is 4K capture, which is starting to become a trend in the industry. However, it’s not quite yet a necessity because the amount of people with 4K screens is still incredibly small compared to the number of 1080p sets still sitting in living rooms.

The camera is set to cost $5,500, which means it’s still aimed at documentary shooters who will also appreciate its relatively light 2.5-pound weight.

It also has the dual-pixel AF focusing system on-board, which means using it will feel more like an actual camcorder than shooting with a DSLR. The original C100 didn’t have the Dual Pixel tech, but they did offer it as an upgrade down the road.

I know this kind of camera isn’t typically in our wheelhouse, but this space is becoming more and more interesting to all types of photographers. After all, capturing images is our passion and there are lots of ways to do it.