Kickstarter: The Intrepid Camera Is A Cheap, Collapsible Way Into Large Format Photography

The Intrepid Camera Co. wants to make a 4x5 that you can easily take on any adventure 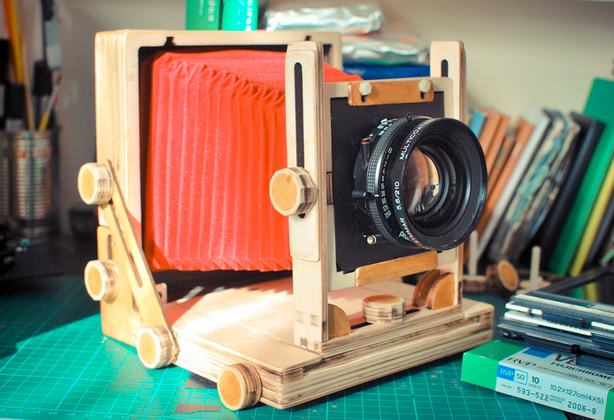 The Intrepid Camera is a lightweight, affordable 4x5.
SHARE

“Compact” and “Affordable” are not typiclaly words that are associated with large format photography. A new Kickstarter from the guys at Intrepid Camera Co. wants to change that.

The prototype of the Intrepid Camera is made out of birch ply wood and is designed to be foldable. It works with 75-300mm lenses using Linhof/Technika lens boards and weighs 1.2 kg (approximately 2.6 lbs)—much lighter than a traditional 4×5. The prototype model shoots with standard 4×5 holders as well as instant film versions. If the Kickstarter campaign is a success they plan to make the camera compatible with graflok backs, as well.

While the camera itself is relatively cheap, it doesn’t come with a lens and as anyone who has dabbled in 4×5 photography can tell you—it is an expensive hobby. One box of 25 film sheets typically costs $33 and if you’re just learning you will probably destroy more than half of those. Intrepid estimates that if they are successfully funded they will start shipping cameras by February 2015.

The Kickstarter campaign runs until Nov. 19.