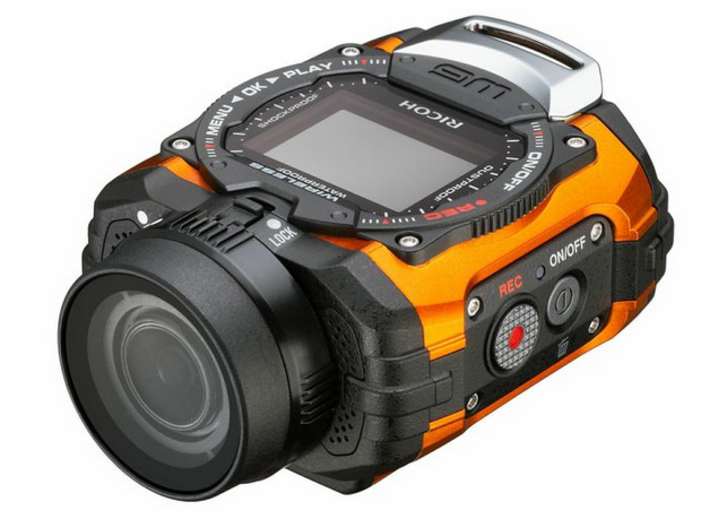 There has always been a line drawn between rugged compact cameras and straight-up action cameras, but Ricoh is blurring that difference with their new WG-M1 waterproof action camera.

The styling draws heavily from the Pentax WG-series cameras that came before. Those cameras, however, were traditional compacts. The new WG-M1, however, is meant to be mounted or worn more like a GoPro.

It has a 14-megapixel sensor on the inside and it’s waterproof to a depth of 32-feet without an additional case. It’s also shock-resistant to 6-feet and can survive in temperatures below freezing. All of that is pretty standard stuff for a rugged camera.

One thing that’s not that common, though, is the 1.5-inch LCD display that’s built-into the top of the camera. You can use it to watch footage and set up shots, something that’s a bit awkward with a GoPro or the Sony Action Camera.

It also has built-in Wifi, so you can beam your footage to a device or control it remotely.

It comes with a variety of mounting options, some of which require optional accessories. We’re looking forward to getting some time with it at Photokina next week.