The best overall action camera gets even better 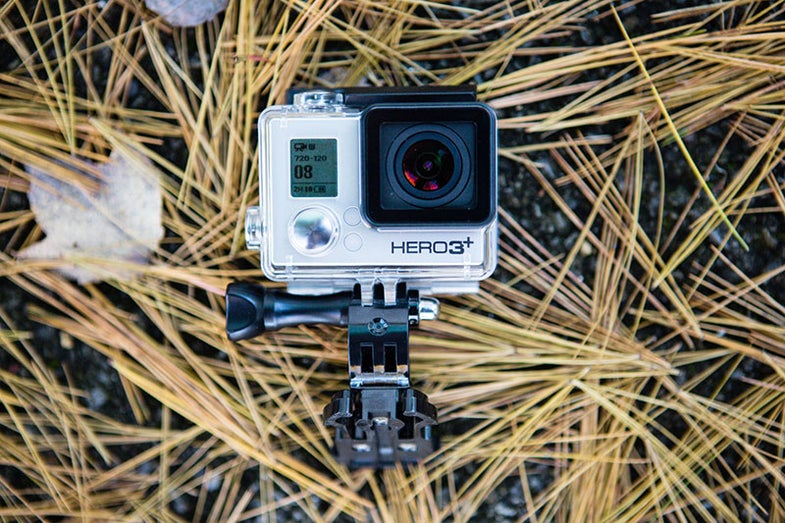 At this point, GoPro cameras have become nearly ubiquitous. You see them strapped to just about everything, from people participating in extreme sports to wild animals. Now, there’s a new version, called the HD Hero3+. As the name suggests, it’s not supposed to be a huge step up over the HD Hero3, but after spending some time with it, it’s clear that they have made some serious improvements.

One of the big selling points of the new HD Hero3+ is that the case is about 20% smaller than the case of the standard HD Hero3. When you pick it up, the size difference really isn’t that apparent, but when you compare the two, it’s clear where they made the cuts. More importantly, though, they’ve also managed to drop the weight by more than a full ounce. Again, that might not sound like a lot, but these things are built to wear during sports, and ounces do make a difference. Smaller is better here.

The size of the actual camera is exactly the same, which is good, because it means it works with all the accessories and cases made for the HD Hero3. The battery is also the same.

The clasp on the top of the case has also been redesigned. Rather than having a button that needs to be slid over before opening, you now simply pull on the latch and it comes open. It still feels incredibly secure and it stayed in place just fine after a few mountain bike crashes, so it doesn’t seem like there’s a compromise in terms of security, but it is a lot easier to open, especially if you have to do it one handed.

As you can see from the photos, they have made the buttons bigger and flatter, which I personally couldn’t be happier about. The old buttons were fine, but started jabbing your thumb after a few presses. These are much more comfortable and easier to press with gloves on. Upgrade for sure.

When the announcement for the HD Hero3+ made the rounds, the lead story was about the size reduction, but all of my tests show a pretty big jump in quality as well. GoPro says it’s a difference in the lens, claiming that it’s 30% sharper than its predecessor. It’s a very noticeable difference.

When I first uploaded the video footage, the sharpness was actually the first thing that jumped out at me. The leaves surrounding the mountain bike trails were extremely crisp and well-defined. It helped that I was shooting at 60 fps (which I prefer for action sports), but it’s even obvious in individual frames that this lens is capable of more resolution than its predecessor. [BELOW: HD Hero3 top and HD Hero3+ bottom. Even in small web versions, the difference in sharpness is easy to spot. Click each for a full-resolution version.]

When the sun enters the frame, you do get some interesting flare effects. Most of the time it’s actually fairly attractive, but sometimes, like at the beginning of the mountain bike video, the little lens gets overwhelmed and you get big streaks. Still, it’s not enough to ruin the picture.

One of the new additions on the video front is the addition of SuprView, which actually makes the traditional wide-angle field of view wider. You can see the difference in the mountain bike video, which was shot in super. It gives you extra wide angle coverage, but introduces even more distortion. When worn on the chest mount, it looks a little funny, but when you need extra coverage, it could come in very handy.

[Video was shot at 720p at 60fps, which are my preferred settings for action sports (framerate) and uploading to Youtube (resolution). The file was exported in H.264 on a quality setting of 7 out of 10 using the GoPro Studio software.]

Auto Low Light mode further helps the GoPro when switching from bright to dark situations and back again. That’s always been a place where action cameras have struggled, and the HD Hero3+ does it as well as any I’ve seen. Blowouts were kept down noticeably.

It’s tough to quantify the audio improvements from one model to the next, but The HD Hero3 does seem to do a better job mitigating wind noise, even when traveling at relatively high rates of speed with the camera exposed. It also seems to demonstrate less of the GoPro “clicking” that sometimes shows up on GoPro soundtracks.

GoPro claims that WiFi connectivity in the new camera is up to 4x faster than it was in the previous model. It is tangibly faster, but the preview still lags a second or two behind, so don’t expect true real-time preview like you might get with the Sony QX-series cameras.

Connecting to the camera does seem a lot more reliable and speedy now, though. As soon as the app was opened, it recognized the camera and synced without a problem. WiFi had a few issues in the HD Hero3, but they seem to have been ironed out.

Despite bringing the HD Hero3+ into the world, GoPro is also keeping the standard HD Hero3 as part of the line-up and dropping the Black Edition price to just $329. That said, I do believe the upgrades are worth the extra money if you can justify it. Not only is it smaller and lighter, but the footage just looks and sounds better, which is the ultimate decider.

It does lack GPS, so if that’s something you’re interested in, you might want to check out other action cameras like the Contour, the Sony, or even the new Garmin, which we’ll be reviewing soon. They also have a longer, thinner form factor that may appeal for some applications. But overall, the GoPro is still the most obvious choice. And there’s good reason for that.

At $399, the Black Edition is still likely your best bet. You get extra shooting firepower and it comes with the wireless remote, which isn’t cheap on its own.