Our first chance to check out Ricoh's new tough camera 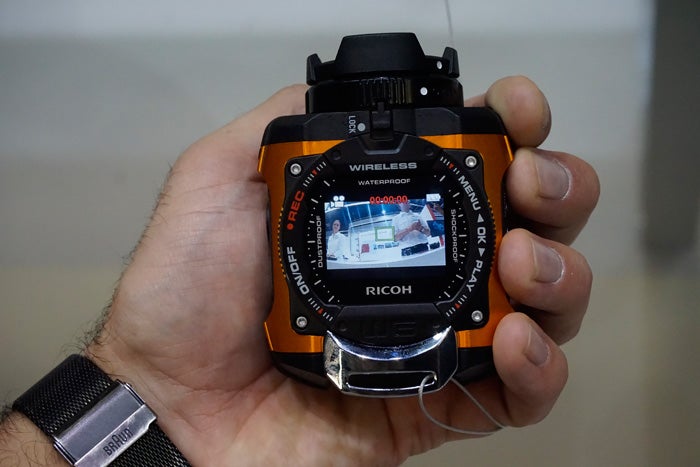 There are a lot of action cameras here on the floor of Photokina 2014 and the vast majority of them seem to be shameless GoPro knockoffs. Ricoh’s WG-M1 action camera, however, seems to be a bit different.

The thing I was most curious about before holding the camera was its size and weight. Overall, it’s roughly the same size as a GoPro 3 in its waterproof housing, but a little bigger. The lens also sticks out past the body. From the original pictures, the fact that it has a built-in screen can make it seem bigger than it actually is. It was also actually a little lighter than I expected it to be in my hand. Weight is a crucial thing to consider when you’re going to be mounting your camera to your body or your bike (or kayak, or motorcycle, or race car, or whatever), so I was glad it didn’t feel like a brick.