Just be sure to make lightsaber swooshing noises while using them 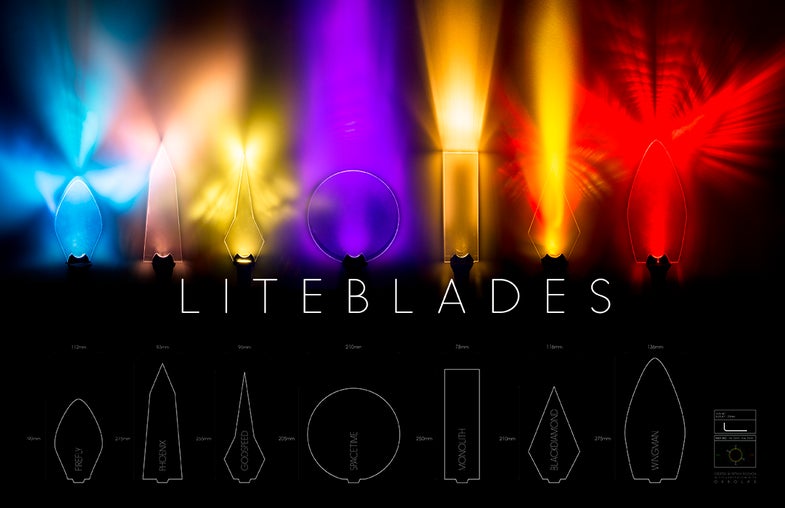 The Lightblades are a series of acrylic modifiers, designed to attach onto the front of obscenely powerful flashlight (like these two), and change the way you shoot light paintings in order to give the images a significantly more martial bent.

The seven different blades each retail for around the $100 mark, and uniquely modify the outgoing light from the flashlight, producing a completely different illumination pattern. Where the Monolith keeps the light fairly restrained and mostly in the same direction, something like the Godspeed or the Wingman produce a dramatically different form and flavor to the light itself.

The Lightblades attach using a specially designed mount that screws onto the front of the flashlight. Talking to PetaPixel, designer Patrick Rochon explained that there is also still plenty of room for tweaking and playing with these, including using colored filters, and blocking off parts of the light to achieve interesting effects.

The Light Painting KATA from Patrick Rochon on Vimeo.