If you have any interest in light painting, this Kickstarter will intrigue you 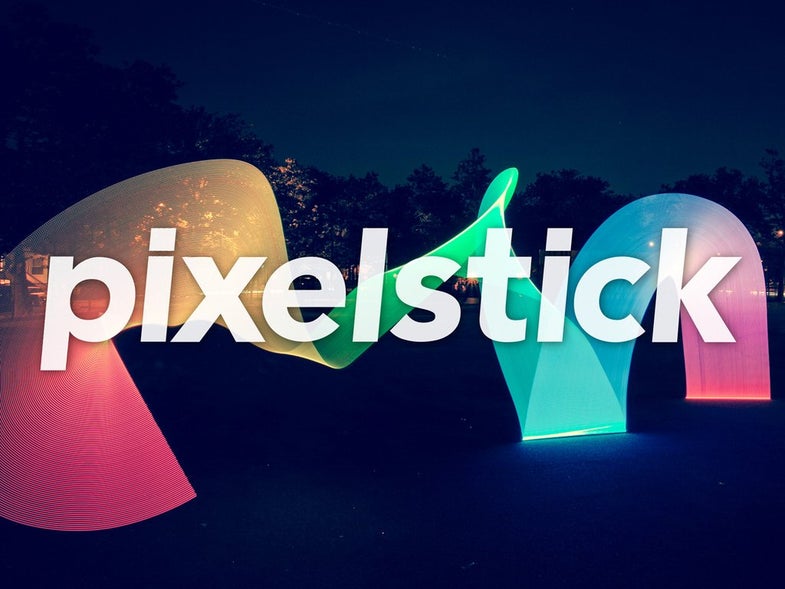 We’ve seen attempts at LED arrays for light painting before, like the LightScythe and SpinFX — but a new Kickstarter called Pixelstick seems to have them all beat, thanks to some incredibly smooth effects they pull off.

The Pixelstick has a strip of 168 color LEDs, and is programmed to read JPEGs off a built-in card reader. So you essentially load it up with any images you like — assuming that they’re 168 pixels tall or shorter (they can be of near endless width), and the Pixelstick will display them one line at a time. Then it’s just a matter of a long exposure in order to get an incredible light painting.

Since the device can be loaded up with multiple images, you can also use it for animation — which might make something like that insane stop-motion video of a skating skeleton slightly easier to pull off.

We’ve embedded a couple of example images from the creators of the Pixelstick below, but really, watch the video. If that doesn’t impress you, we don’t know what will.

If you’re interested in getting on board, actually getting the device requires $300 in backing. But if you’re an avid light-painter, it seems a sane amount for what you get out of it.