By implanting LEDs along hoops and poi, this Kickstarter can make for some incredible light paintings 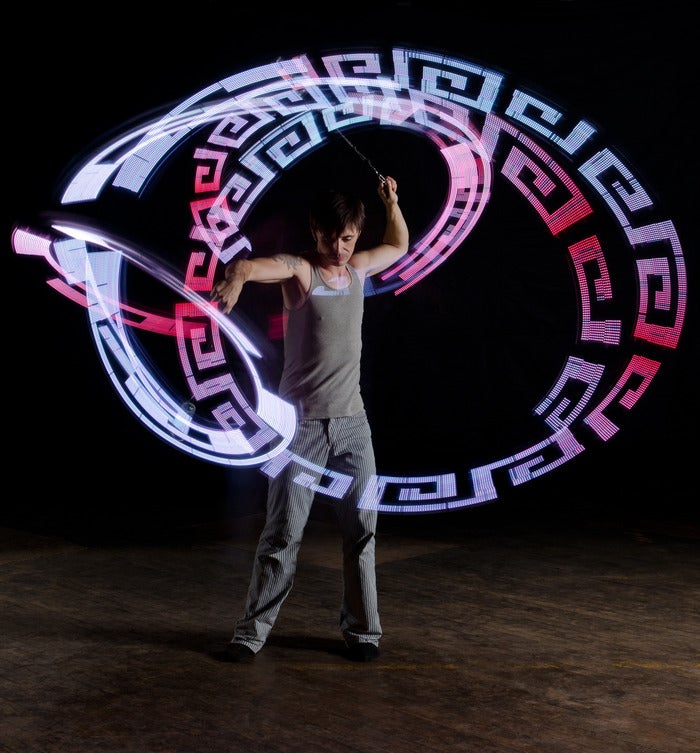 Remember the LightScythe, a homebrew light painting rod that a person hacked together last year? Now a Kickstarter project wants to do something similar, but in a far more fluid and flexible form. SpinFX is trying to raise $10,000 for a series of hoops and poi with programmable and controllable LEDs embedded all along the their length.

Both the poi and the hoops will have patterns loaded on them already, as well as a way to create and share your own, via e micro-USB port. The hoops can hold 90 or 180 LEDs, and the poi house 48, each of which is capable of 16 million different colors. The devices will also hold a 2 hours battery charge when used at full brightness, thanks to 1800 mAH Li-Ion batteries. You can even control it via a bluetooth remote or Android app.

While these light toys look absolutely stellar in photography, the experience in motion doesn’t seem to stack up quite as well — at least based on the video on the Kickstarter page. That said, it’s still extremely cool to see them in motion, and the ability to simply throw a BMP file onto the object directly, and have it display, will allow for some extremely creative uses.